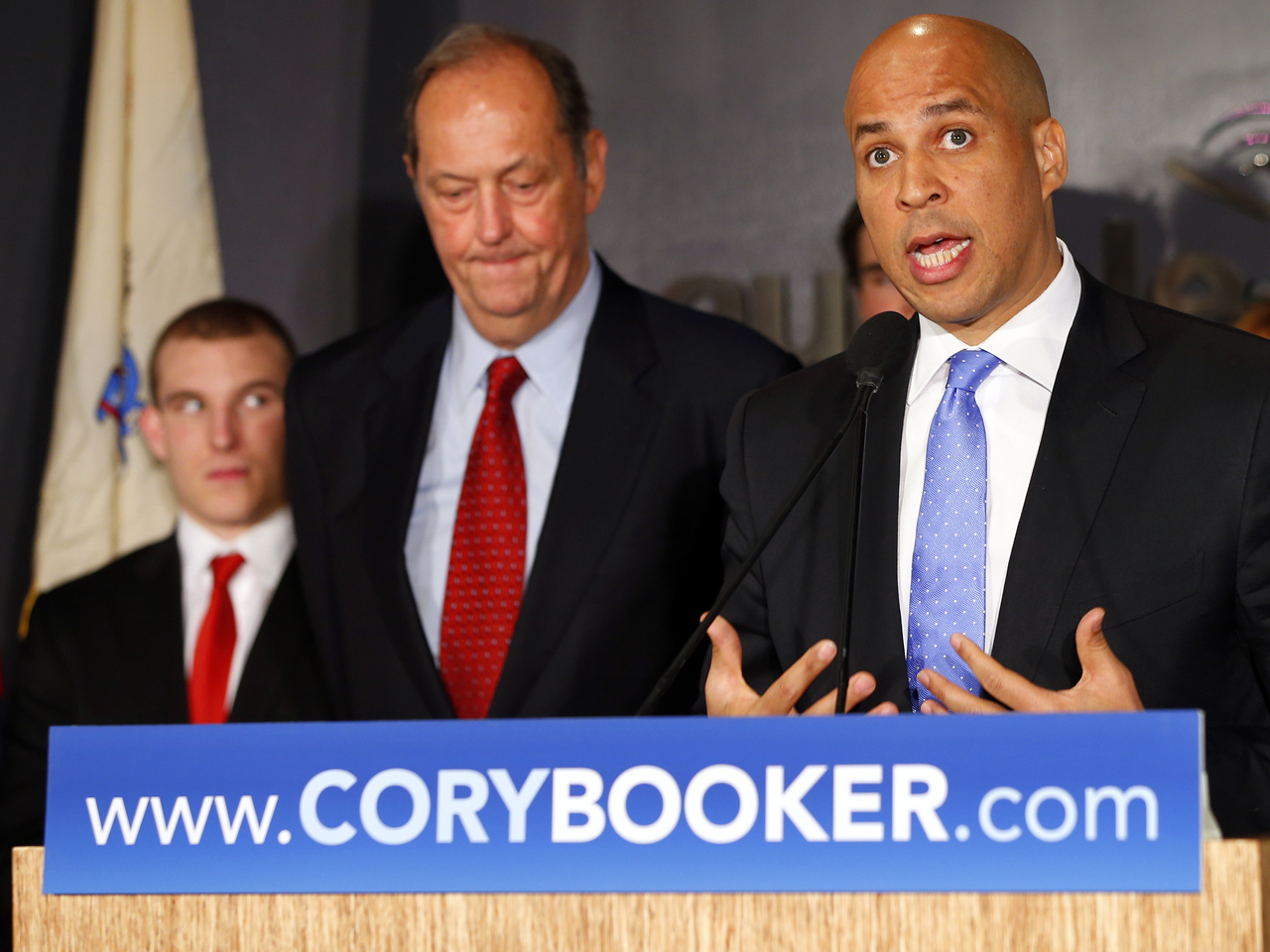 Newark Mayor Cory Booker officially entered the race for U.S. Senate in New Jersey on Saturday, declaring himself a candidate in the October special election scheduled after the late Sen. Frank Lautenberg, D-N.J., passed away this week.

Booker had previously said he would run for an open Senate seat in the 2014 midterms, citing a desire to finish his term in Newark, but Lautenberg's passing accelerated his timeline. If he wins the special election, he will have to renege on a pledge to complete his term as mayor.

Booker, a former Rhodes Scholar with a hyperactive social media presence, has been mulling a Senate bid publicly in recent months. Earlier this year, he drew the ire of Lautenberg, who apparently did not appreciate the mayor's expressed interest in a seat the veteran legislator had not yet said he would vacate. In January, Lautenberg suggested that Booker's designs were "disrespectful" and that, like a misbehaving child, the mayor deserved a "spanking."

In his announcement on Saturday, Booker lauded Lautenberg as a "giant in the United States Senate," saying New Jersey and America have been "blessed by his contributions" to public life.

Booker is expected to face New Jersey Democratic Reps. Rush Holt and Frank Pallone in the Democratic primary, which is scheduled for Aug. 13.

Though early polls indicate Booker enters the primary race as a front-runner, his opponents will not sit idly by: Both have deep ties to a New Jersey Democratic machine with which Booker has frequently clashed, and both have sizable campaign accounts to fund a bid.

Analysts have said that New Jersey Gov. Chris Christie's decision to schedule a special election in 2013, instead of allowing an interim senator to serve the remainder of Lautenberg's term until January 2015, could pose some complications for Booker's bid.

"I don't think it's necessarily clear that it's Cory Booker," said Ben Dworkin, director of the Rider Institute for New Jersey Politics, according to the Newark Star-Ledger. "I think the governor assumed it was going to be Cory Booker, but again, low turnout, the middle of August - Booker has distinct advantages, but not as many as he would have in 2014."

Introducing Booker at his press conference on Saturday was former Sen. Bill Bradley, D-N.J., whom the mayor praised as a mentor and friend.

Bradley gave his blessing to Booker's bid, saying it was a "pleasure" to endorse the candidacy of "a leader who accepts the radical premise that you can tell people exactly what you believe and win."

While Booker has his admirers, and a sizable 1.4 million followers on Twitter, critics have accused him of pursuing a national platform at the expense of his day job, hobnobbing with celebrities and national Democrats instead of keeping his attention fixed on Newark. Booker has said that his networking pays dividends for the city, bringing national attention - and money - to Newark.