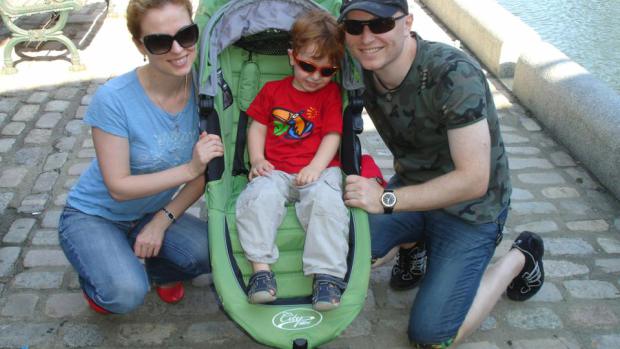 NEW YORK - A man involved in a custody dispute who was supposed to turn his 3-year-old son over to the boy's mother instead threw the child off the roof of a 52-story Manhattan apartment building before jumping to his death, police said.

Officers responding to an emergency call reporting two jumpers from the building on the Upper West Side around noon Sunday found Dmitriy Kanarikov, 35, of Brooklyn, and the boy on the lower rooftops of two separate nearby buildings.

The boy's mother had custody of the child and the father, who had visitation rights, was supposed to hand the boy over to the mother at a police precinct Sunday afternoon, authorities said.

According to the New York Daily News, Kanarikov picked up his son at 10 a.m. and was supposed to return him at 1 p.m. The deadly falls reportedly happened at around 12:05 p.m.

Luis Ortiz told the New York Post that he was at the hospital when paramedics rushed the boy there and that they were pumping his chest and working on him.

"You could tell he was slipping away. They said the father was up there, but they didn't bring anyone else in. It was just heartbreaking. I have two kids of my own. They tried to do the best they could," Ortiz told the newspaper.

Authorities said the father did not live in the building listed as South Park Tower, which is a short distance away from Columbus Circle and Lincoln Center.

The only connection Kanarikov had to the building is that one of his friends once lived there, according to the Daily News.

Police investigating the deaths left the building in the mid-afternoon to photograph a gray Lexus RX350 parked nearby.

It's the second time this year that a parent and child have been involved in a fatal plunge from a New York apartment building.