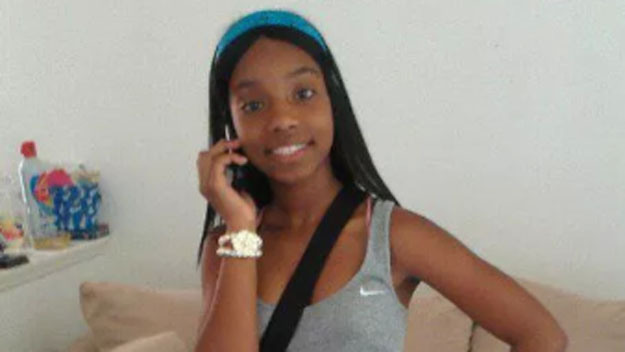 CHICAGO - The man who originally owned the gun used to kill a 14-year-old Chicago girl earlier this week has been charged with illegally selling the gun to someone else, then lying about it being stolen.

A woman who police said was at the scene of the shooting also has been accused of impeding the investigation into Endia Martin's murder, reports CBS Chicago.

Police say Endia was killed Monday afternoon by another 14-year-old girl who approached her as she was walking home from school. Endia and the accused girl had been fighting about a boy and had been exchanging taunts on Facebook, according to the station.

On Thursday, police charged 34-year-old Robert James, of Hyde Park, with filing a false police report about that purported theft. He also was charged with selling a firearm to a person without a valid gun permit. Police said James lied when he told police the gun had been stolen from his car, and instead had sold the gun to someone else in November 2013.

That gun eventually ended up in the hands of 25-year-old Donnell Flora, whose 14-year-old niece has been charged with killing Endia. Flora faces felony charges of first-degree murder and aggravated battery for allegedly giving his niece the gun. Authorities said he knew she intended to use the gun in a confrontation with Endia, and actually accompanied her to the fight.

Flora was being held at Cook County Jail on $3 million bail.

His niece is charged as a juvenile with first-degree murder and aggravated battery, and a juvenile court judge ordered her detained as a danger to herself and others, according to the station.

Police also filed charges Thursday against 32-year-old Vandetta Redwood, accusing her of being there when Endia was shot, but failing to call police or do anything to stop the confrontation that resulted in Endia's death. Police also said she impeded the investigation by denying she was there when questioned by police. Redwood has been charged with felony mob action and felony obstruction of justice.

Five people now face criminal charges in connection with Endia's death. The fifth defendant is a 17-year-old boy who was charged as a juvenile earlier this week for allegedly hiding the murder weapon.