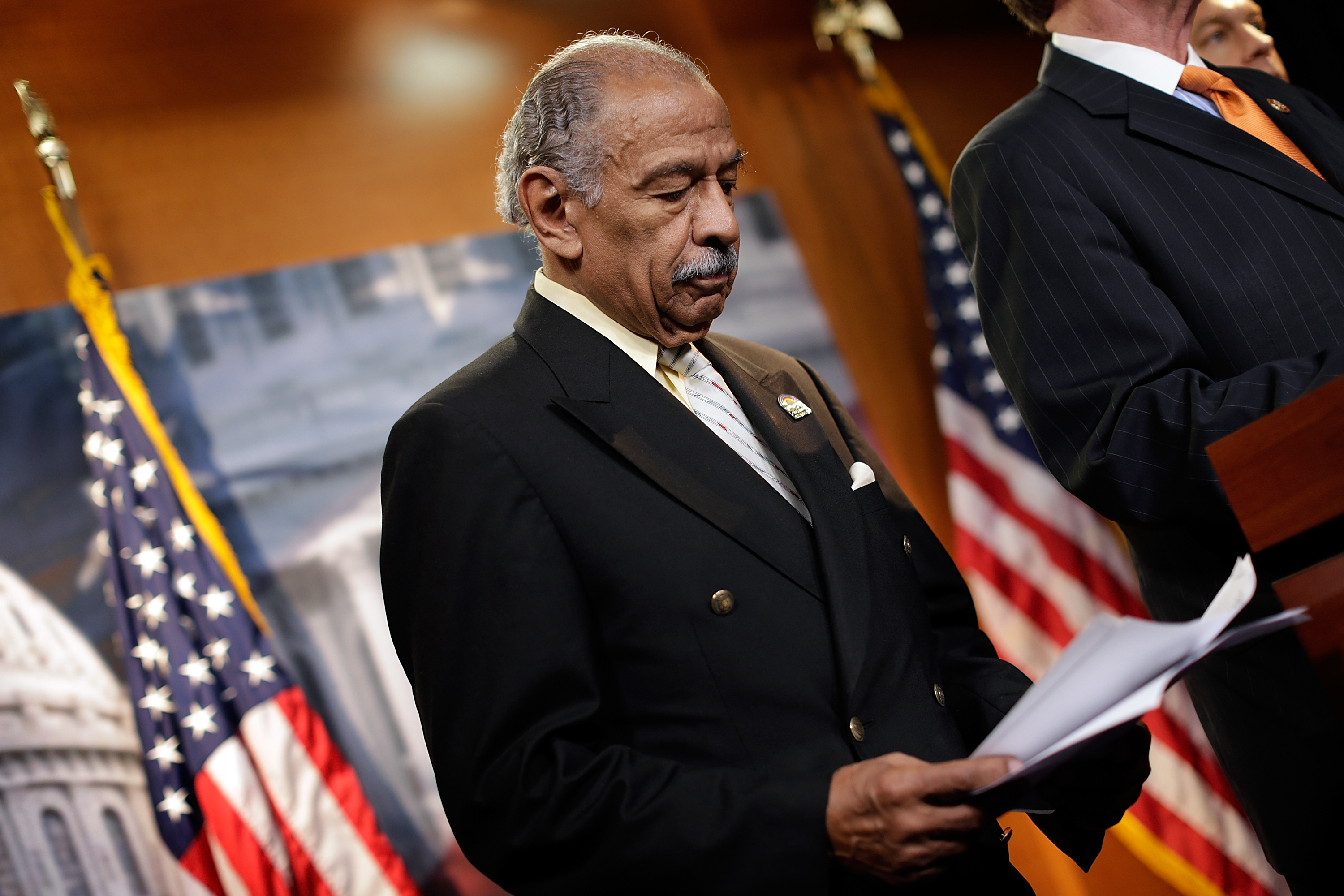 Amid a congressional investigation into sexual harassment allegations against Michigan Rep. John Conyers, the ranking member on the House Judiciary Committee says he will step aside from that role.

"After careful consideration and in light of the attention drawn by recent allegations made against me, I have notified the Democratic Leader of my request to step aside as Ranking Member of the House Judiciary Committee during the investigation of these matters," Conyers said in a statement Sunday.

"To be clear, I would like very much to remain as Ranking Member," he added.

Conyers said there is "still much work to be done" in "the face of an Administration that cares little for the rule of law and a President whose actions and conduct cheapens our discourse every day" -- a jab at the Trump White House.

"I have come to believe that my presence as Ranking Member on the Committee would not serve these efforts while the Ethics Committee investigation is pending," he said. "I cannot in good conscience allow these charges to undermine my colleagues in the Democratic Caucus, and my friends on both sides of the aisle in the Judiciary Committee and the House of Representatives."

The development comes after BuzzFeed News reported that Conyers' office paid a former staffer more than $27,000 to settle a complaint. That staffer said she was fired for rejecting his sexual advances, according to the report.

BuzzFeed also reported that another woman who worked for Conyers said she faced "daily" harassment, in a lawsuit she abandoned when the court denied her request to keep it sealed. In that lawsuit, Buzfeed reported, the woman also said Conyers' wife, Monica Conyers, accused the woman of wanting to have an affair with her husband.

Conyers said the allegations were "raised by documents reportedly paid for by a partisan alt-right blogger" and looks "forward to vindicating myself and my family before the House Committee on Ethics."

Hours earlier on Sunday, House Minority Leader Rep. Nancy Pelosi called for "due process" in Conyers' investigation, something the congressman said he was "grateful" for.

Conyers added, "I would urge them to continue to do so for any Member accused of wrongdoing. Basic fairness requires no less."

Pelosi, speaking during an appearance on NBC's "Meet the Press" on Sunday, called the allegations against Conyers a "big distraction." When asked if she believes the accusers, Pelosi replied, "I don't know who they are. Do you? They have not really come forward. That's for the Ethics Committee to review."

In a departure from her previous comments, she issued a statement Sunday afternoon saying "zero tolerance means consequences."

"We are at a watershed moment on this issue, and no matter how great an individual's legacy, it is not a license for harassment," she added.

Russia says it won't start a war in Ukraine, but it won't "be ignored"
Emily Tillett