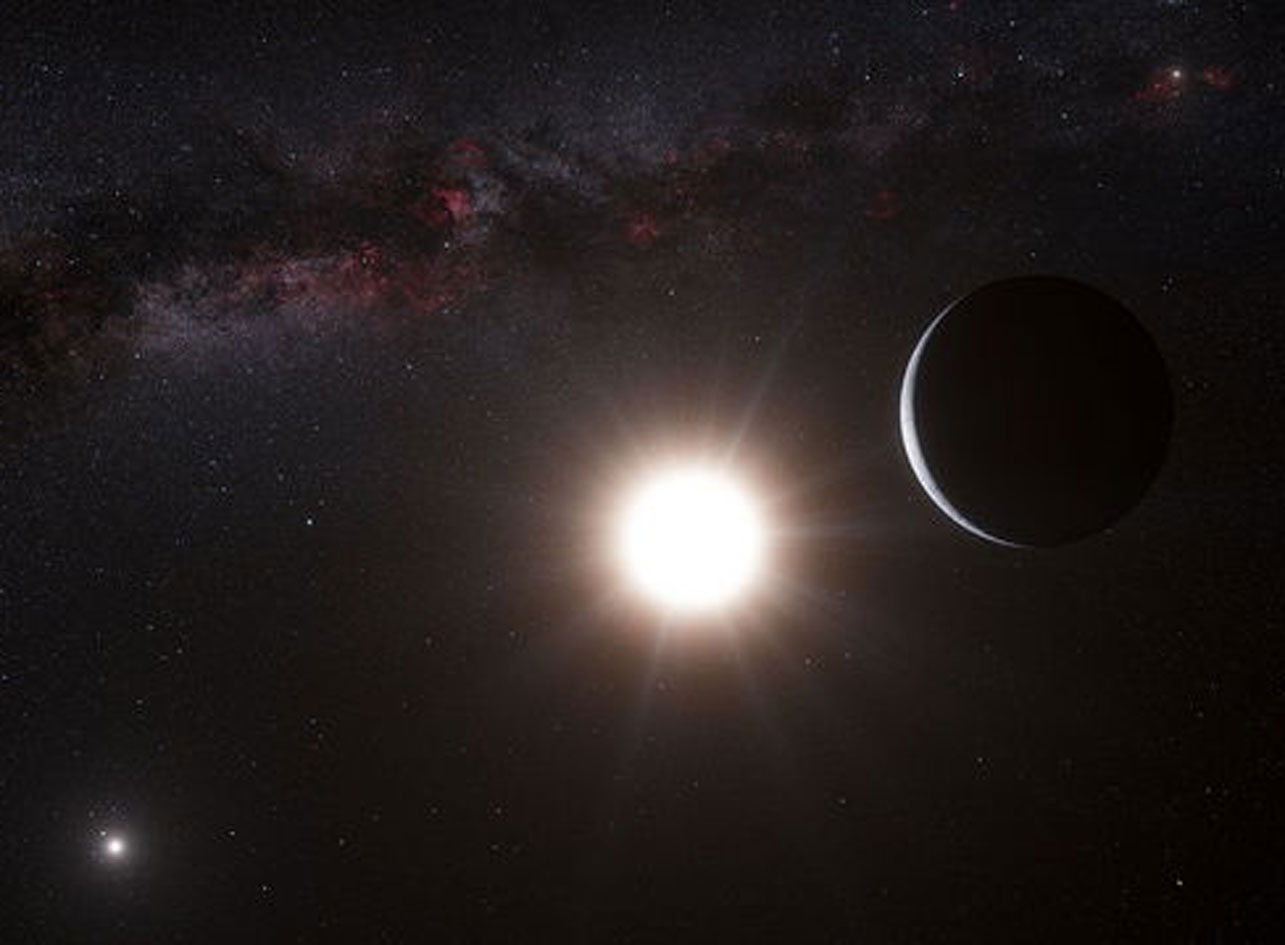 The company behind an exoplanet-naming contest says it's fighting to restore its business and its reputation in the wake of some disapproving words from the International Astronomical Union.

Officials with the space-funding company Uwingu say a press release the IAU issued on Friday misrepresents the nature of the contest which aims to pick a "people's choice" name for Alpha Centauri Bb, the closest known exoplanet to Earth — and caused sales to fall by a factor of 100 over the weekend.

"They basically said we're conducting a scam, and nothing could be further from the truth," said Uwingu CEO Alan Stern, a former NASA science chief who also heads the agency's New Horizons mission to Pluto. "They basically put us out of business, and they've ruined our reputation." [Earth-Size Planet at Alpha Centauri B (Gallery)]

The naming contest was slated to end Monday, but Uwingu has extended it until April 22 in an attempt to make up some of the lost revenues, Stern said.

What's in a name?

In the press release Friday (April 12), the IAU stressed its authority as the sole arbiter of the exoplanet-naming process and reminded readers that it's not possible to buy an "official" name.

Though Uwingu is not mentioned by name, the release seems aimed at the company's Alpha Centauri Bb contest, which launched last month, as well as Uwingu's "Baby Planet Name Book." This broader project kicked off last fall to solicit names for the thousands of exoplanets and exoplanet candidates being discovered around the Milky Way galaxy.

Name nominations for the Alpha Centauri Bb competition cost $4.99 and votes cost 99 cents, with the proceeds going to fund grants in space exploration, education and research, which is the company's stated chief purpose. Stern said he and a number of other Uwingu officials work on a strictly volunteer basis.

"Recently, an organization has invited the public to purchase both nomination proposals for exoplanets, and rights to vote for the suggested names," the IAU release reads. "In return, the purchaser receives a certificate commemorating the validity and credibility of the nomination. Such certificates are misleading, as these campaigns have no bearing on the official naming process — they will not lead to an officially recognized exoplanet name, despite the price paid or the number of votes accrued."

Stern said he takes issue with such statements. Uwingu has never maintained that the winning name will be anything other than a popular or common moniker, he says.

"To claim what they claimed that we're somehow misrepresenting that these were IAU names — has just about put us out of business," Stern told SPACE.com. "It's unbelievable."

Stern also says the IAU is seriously overreaching in this case, since the organization's role is to coordinate nomenclature for astronomers.

"It's far beyond the IAU's purview to control what the public wants to call things," Stern said. "What we're doing, which is giving informal, people's-choice names for things, is what happens all the time."

"The name 'The Milky Way' is not IAU-sanctioned. 'The Whirlpool Galaxy' is not IAU-sanctioned," he added, also noting that Mars rover drivers and Apollo astronauts have named features on the Red Planet and the moon without asking for the IAU's permission. "People can name things whatever they want. The IAU doesn't have to use it, and astronomers probably won't. But who cares?"

Stern described the IAU's position as ironic, since the organization does not currently name exoplanets. The IAU said it would devise an official naming process in 1995, the year the first alien planet was confirmed orbiting a sun-like star, but has yet to do so.

The planet-naming status quo in which alien worlds take the name of their parent star along with a lowercase letter, with the first planet discovered designated "b," the second "c" and so forth, is an informal convention.

"They've spent 18 years with no forward movement — ask planet hunter extraordinaire [and Uwingu adviser] Geoff Marcy," Stern said. "Then somebody else comes along and does something harmless, fun and engaging, and now they're slandering us."

There's another interesting layer to the IAU-Uwingu contretemps: Stern has been a vocal critic of the IAU's 2006 decision to redefine "planet," which demoted Pluto to its current dwarf planet status.