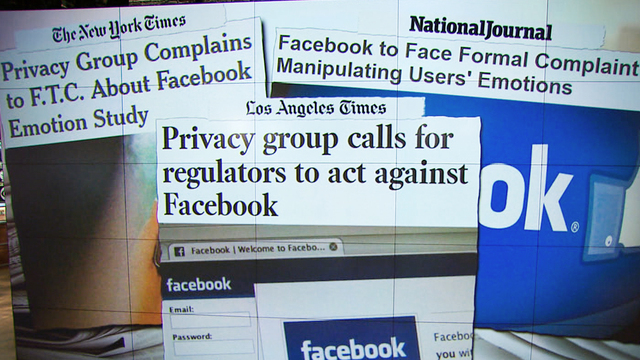 A scientific journal that recently published a controversial study about how emotions can spread across social networks issued a note to address the uproar caused by the contentious research.

The study, published June 17 in the journal Proceedings of the National Academy of Sciences (PNAS), was conducted by Facebook researchers to investigate a phenomenon dubbed "emotional contagion." For the study, the researchers altered the types of posts that could be seen in the news feeds of more than 680,000 Facebook users -- making fewer positive posts visible for some individuals, and limiting the number of negative posts that could be seen by others.

The researchers found that emotional states can spread across social networks, but when the findings were published, the research sparked furor among individuals who felt the study violated personal privacy. [The Top 10 Golden Rules of Facebook]

Facebook conducted the experiment over one week in January 2012, and the company said the 689,003 participants were randomly selected. Furthermore, the researchers said Facebook's Data Use Policy constitutes informed consent for the study.

Facebook users must agree to the company's Data Use Policy before they are able to set up an account on the social media site. But, critics say the policy should not be used as part of blanket principles of informed consent, and that the study researchers did not adequately allow for users to opt out of the social experiment.

In a response to the uproar, Inder Verma, editor-in-chief of the Proceedings of the National Academy of Sciences, said the decision to publish the research was deemed appropriate, based on the information provided by the study authors.

"Obtaining informed consent and allowing participants to opt out are best practices in most instances under the U.S. Department of Health and Human Services Policy for the Protection of Human Research Subjects," Verma wrote. "Adherance to the Common Rule is PNAS policy, but as a private company Facebook was under no obligation to conform to the provisions of the Common Rule when it collected the data used by the authors, and the Common Rule does not preclude their use of the data."

Still, the editor-in-chief said the Facebook study represents "an important and emerging area of social science research that needs to be approached with sensitivity and with vigilance regarding personal privacy issues."

"It is nevertheless a matter of concern that the collection of the data by Facebook may have involved practices that were not fully consistent with the principles of obtaining informed consent and allowing participants to opt out," Verma wrote.