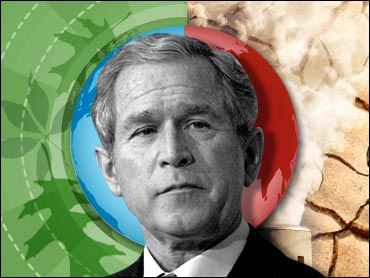 A controversial e-mail message buried by the Bush administration because of its conclusions on global warming surfaced Tuesday, nearly two years after it was first sent to the White House and never opened.

The e-mail and the 28-page document attached to it, released Tuesday by the Environmental Protection Agency, show that back in December of 2007 the agency concluded that six gases linked to global warming pose dangers to public welfare, and wanted to take steps to regulate their release from automobiles and the burning of gasoline.

That finding was rejected by the Bush White House, which strongly opposed using the Clean Air Act to address climate change and stalled on producing a so-called "endangerment finding" that had been ordered by the Supreme Court in 2007.

As a result, the Dec. 5 e-mail sent by the agency to Susan Dudley, who headed the regulatory division at the Office of Management and Budget was never opened, according to Jason Burnett, the former EPA official that wrote it.

The Bush administration, and then EPA administrator Stephen Johnson, also refused to release the document, which is labeled "deliberative, do not distribute" to Democratic lawmakers. The White House instead allowed three senators to review it last summer, when excerpts were released.

The Obama administration in April made a similar determination, but also concluded that greenhouse gases endanger public health. The EPA is currently drafting the first greenhouse gas standards for automobiles, and recently signaled it would attempt to reduce climate-altering pollution from refineries, factories and other large industrial sources.

In response, the U.S. Chamber of Commerce and Republican lawmakers have criticized the EPA's reasoning and called for a more thorough vetting of the science. An internal review by a dozen federal agencies released in May also raised questions about the EPA's conclusion, saying the agency could have been more balanced and raising questions about the difficulty in linking global warming to health effects.

Adora Andy, a spokeswoman for EPA administrator Lisa Jackson, said Tuesday that the science in 2007 was as clear as it is today.