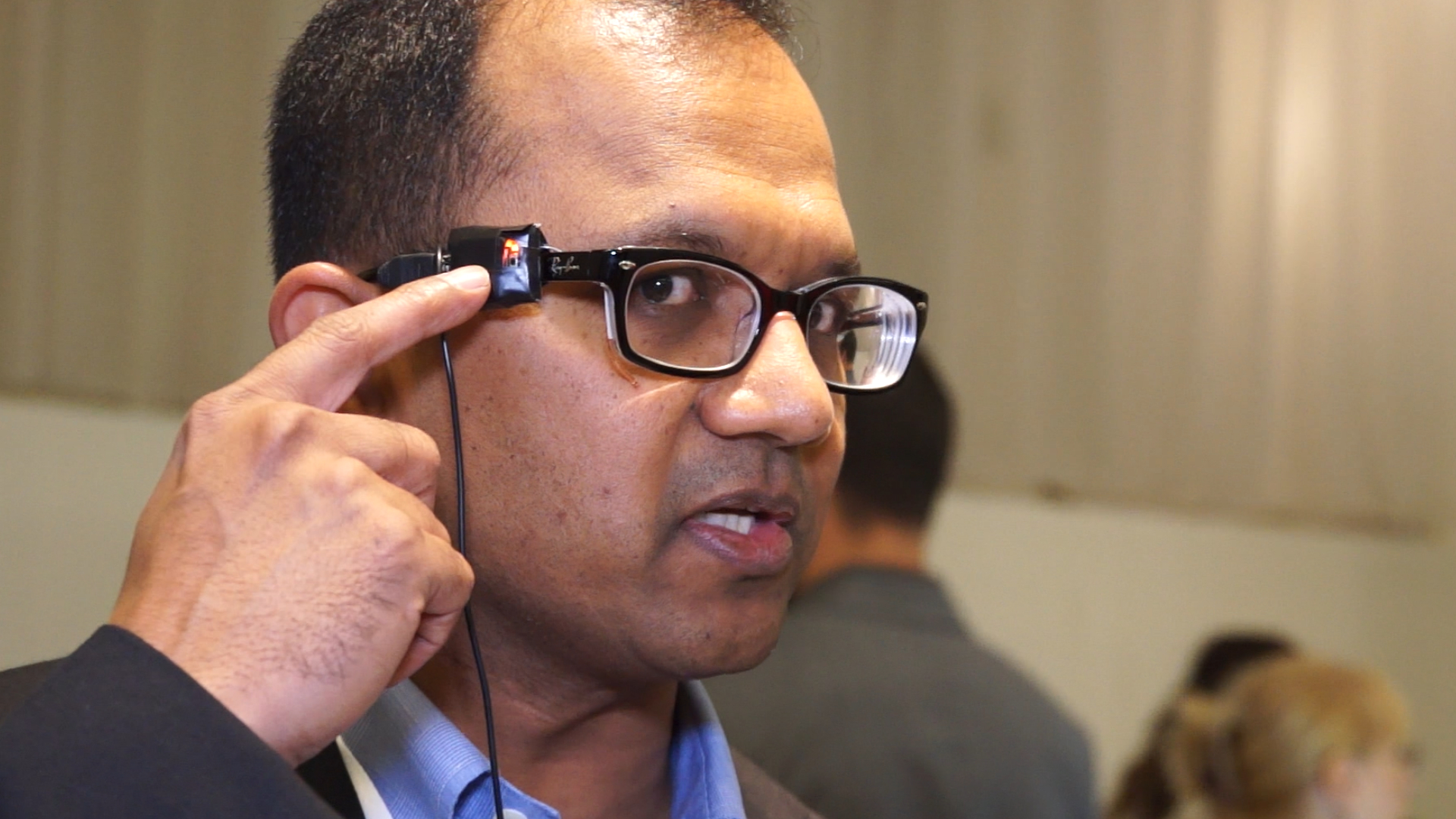 For people who cannot use their hands to control a computer, inventor Uday Parshionikar has a suggestion. Smile.

Parshionikar, founder and CEO of Perceptive Devices LLC, has invented a device that allows users to control their computer with a smile and a tilt of the head.

The device is attached to the side of his glasses. It detects the motion of his head and is programmed to click, like a mouse clicks, when he smiles.

Choosing a smile as the key control gesture was intentional. "We like to encourage people to smile because we all feel good when we smile. Our heart rate goes down. Our blood pressure goes down. Our endorphins get generated in our brains."

The inventor notes that the technology could benefit people in a number of different situations. "People with disabilities, carpal tunnel syndrome," could use it instead of typing, for example. "Also professionals, such as doctors and surgeons, who would like to control their computers when they are actively working on a patient. Or even car mechanics, technicians, engineers. And gamers as well."

Though Parshionikar is a mechanical engineer now working full time on face-control products for computers, he says he cannot take credit for the idea. "It started with my son's science fair project, when he was an eighth grader. He came up with the idea: 'You know Dad, how can you control a computer using your head?' And it felt like a great idea!"

The product is not yet in production, though the company plans to release an app for smartphones and tablets this year. The app will use the device's camera to track facial gestures and control the mouse -- giving you a reason to smile while you work.