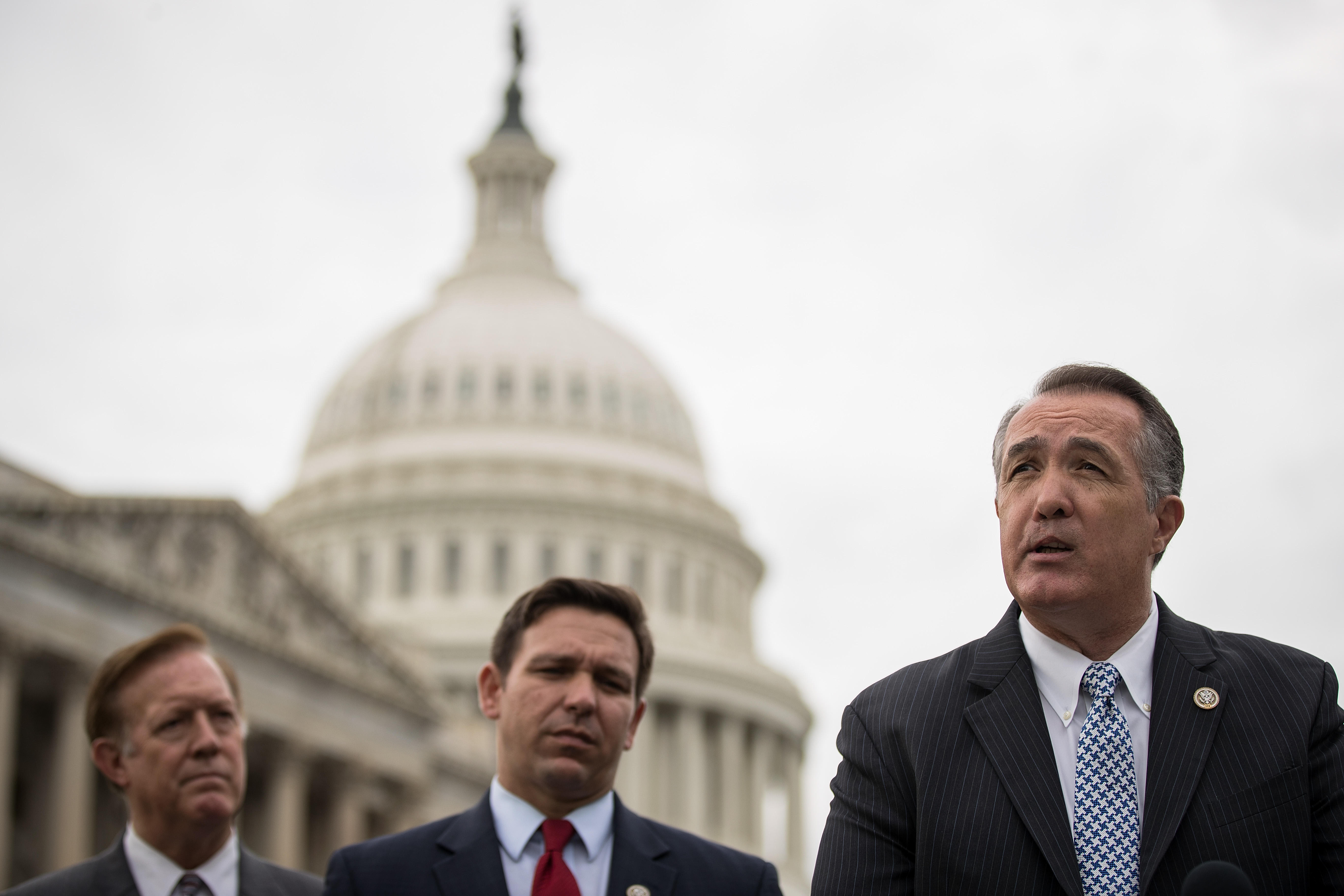 A conservative House Republican is calling on special counsel Robert Mueller to resign. He is citing what he says is a conflict of interest because of Mueller's "close friendship" with fired FBI Director James Comey.

The argument from Arizona Rep. Trent Franks, a member of the Judiciary Committee, echoes that of President Donald Trump in an effort to question Mueller's credentials for the job.

Mueller, appointed after Trump abruptly fired Comey, is investigating Russian meddling in the 2016 election and possible ties to Trump's campaign.

Franks said in a statement that Mueller "must resign to maintain the integrity of the investigation into alleged Russian ties."

"No one knows Mr. Mueller's true intentions, but neither can anyone dispute that he now clearly appears to be a partisan arbiter of justice. Accordingly, the law is also explicitly clear: he must step down based on this conflict of interest," said Franks.

Franks alleges that members of Mueller's team on the probe had donated to the Clinton campaign, saying, "These obviously deliberate partisan hirings do not help convey impartiality."

He added, "Until Mueller resigns, he will be in clear violation of the law, a reality that fundamentally undermines his role as Special Counsel and attending ability to execute the law."