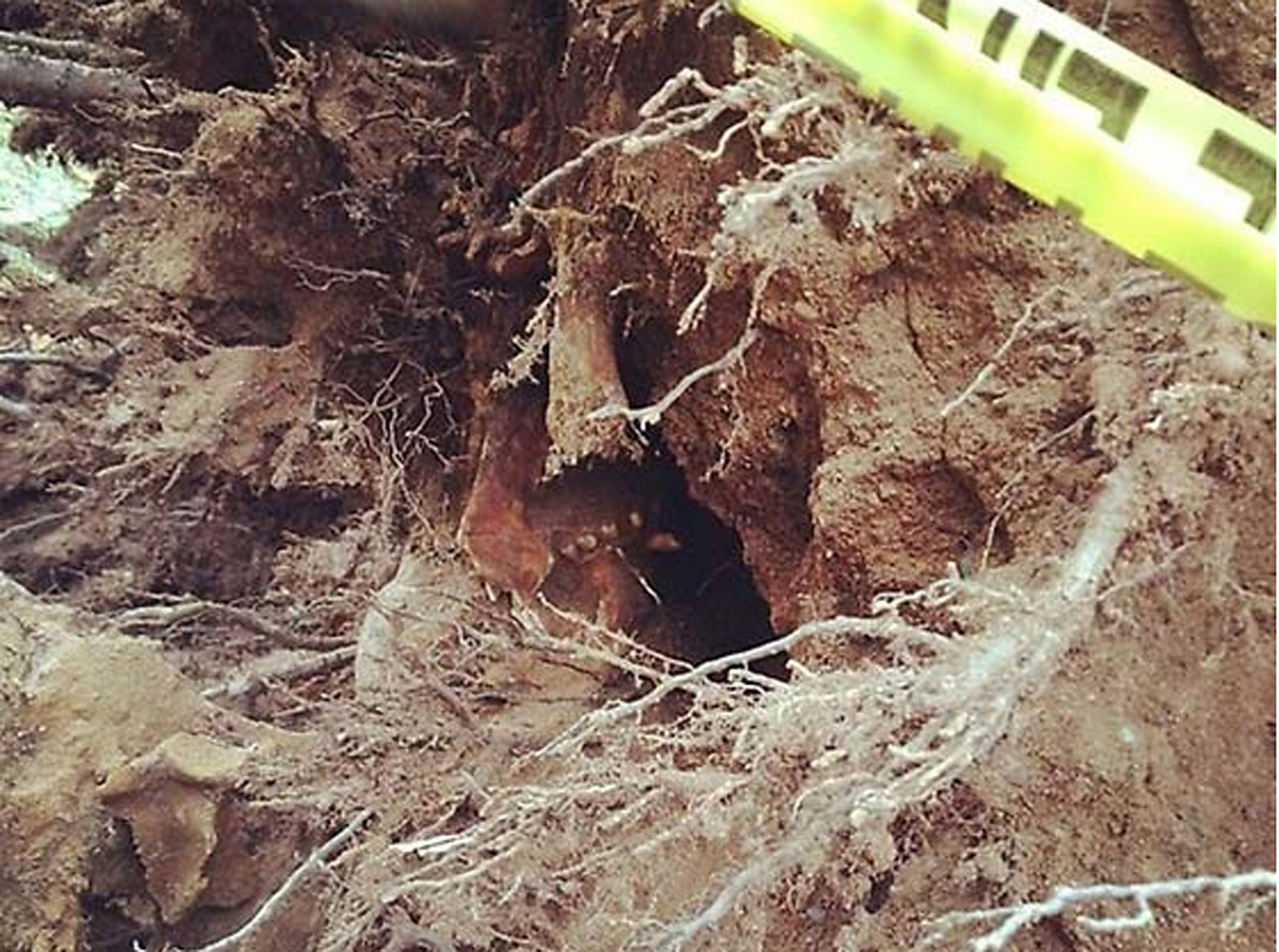 NEW HAVEN, Conn A tree uprooted by superstorm Sandy surprised a woman passing by in Connecticut when it revealed skeletal remains at its base, CBS affiliate WFSB reports.

New Haven police said the remains likely belong to a century-old grave; the entire area is home to between 5,000 and 10,000 bodies who were buried hundreds of years ago. The department's detective division responded to the scene and with the state Medical Examiner's Office, they collected the remains.

No criminal investigation has been launched at this time.

The large oak fell when winds from superstorm Sandy battered much of the East Coast late Monday night; Winds were reaching 80 mph when the storm make landfall in New Jersey.

Local historians tell WFSB that the tree was planted by Adm. Andrew Hall Foote's Grand Army of the Republic post (the Union of the Republic), a New Haven native and one of President Abraham Lincoln's favorite Civil War admirals. The skeletal remains likely belong to a victim of yellow fever or small pox who was buried between 1799 and 1821.

Headstones had been removed from the Grove Street cemetery, but the bodies were never relocated.

The large oak was planted in honor of the 100th anniversary of Lincoln's birthday in 1909.