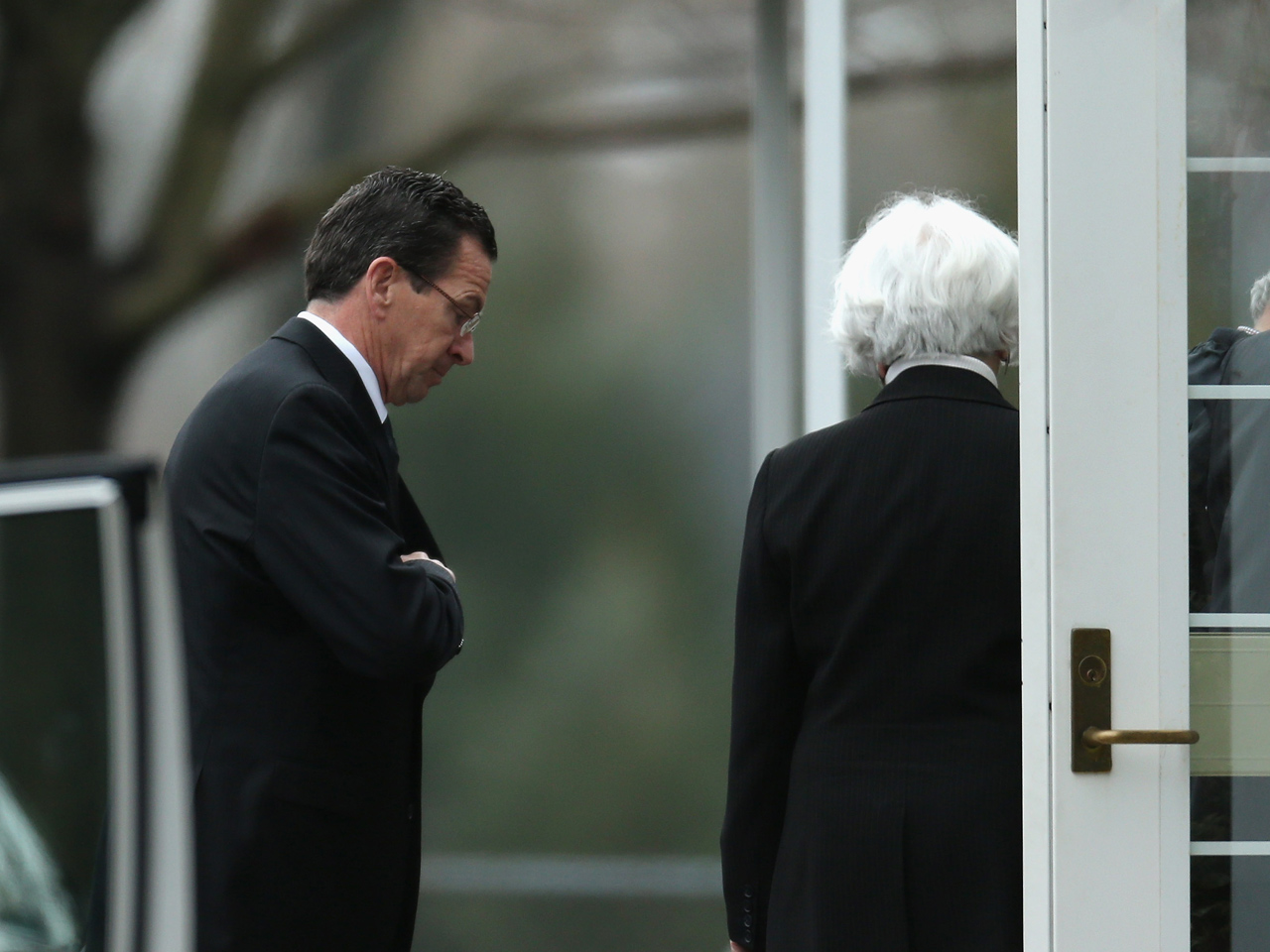 HARTFORD, Conn. An emotional Gov. Dannel P. Malloy recalled Monday how and why he decided to be the one to tell the families of the elementary school shooting victims that their loved ones were dead.

Malloy told reporters during a news conference at the State Capitol that he sensed a "reluctance" by officials to tell the anxious group waiting for news at the Sandy Hook firehouse "that the person they were waiting for was not going to return."

The normally businesslike Malloy, who choked up and wiped away tears, had to pause several times to regain his composure as he explained how he didn't think it was right for the families to wait a long time for the victims to be identified.

"I made the decision that — to have that go on any longer — was wrong," he said.

The family of 27-year-old victim Victoria Soto, a first grade teacher at Sandy Hook elementary, expressed anger during an interview with "CBS This Morning" about the way Malloy told victims' families about the tragedy.

"It was a very cold and callous way we were told," Donna Soto, Victoria's mother, said.

When word of the shooting reached the Sotos, they immediately began driving toward the elementary school, frantically trying to get in touch with Vicki.

The Sotos were eventually directed to the firehouse with other family members to begin the hours-long wait for news of their loved ones. That news ultimately came from Connecticut Gov. Dan Malloy.

"The exact words that the governor used were, 'Two children were brought to Danbury Hospital and expired,' and at that point, the parents just were hysterical. They were on the floor," Donna said.

She continued, "Then another parent said, 'Well, where did the other people go?...We want to be with our kids,' and he said, 'Nobody else was taken to a hospital.'

"A very angry parent said, 'So what are you telling us, they're all dead?' And he said, 'Yes,' and that was how we found out," Donna said.

Malloy said there are no words to describe the grief he has witnessed in recent days. He also spoke of the difficulty in trying to find the right thing to say to the families.

"You try to feel their pain, but you can't. You try to find some words that you hope will be adequate, knowing that they will be inadequate, and you see little coffins and your heart has to ache," Malloy said. "So, you tell them that you grieve for their loss, you give them a hug and you tell them their community, their state and their nation and dare I say the whole world stands with them, and you hope that makes some difference."

Malloy also spoke to reporters for the need to resurrect a federal ban on assault weapons. He said in Connecticut, a state considered to have tough gun laws, the General Assembly should consider banning high capacity magazines of ammunition, such as the 30 rounds Lanza was carrying. The new legislative session begins in January.