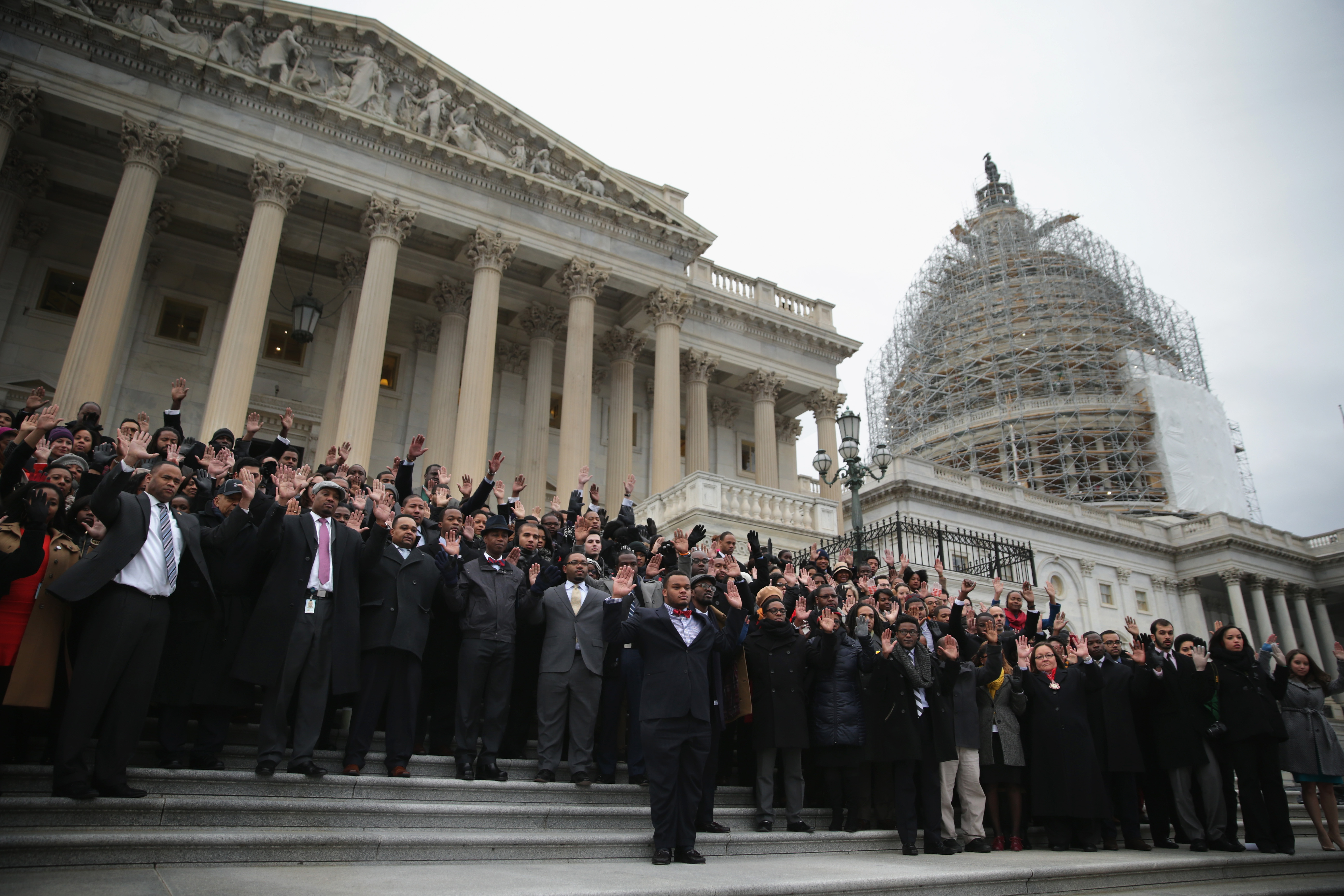 WASHINGTON -- Members of Congress, staffers and other Capitol employees stood silently on the House steps Thursday and raised their hands in the air to protest the killing of unarmed black men by police.

They bowed their heads as Senate Chaplain Barry C. Black prayed, "Forgive us when we have failed to lift our voices for those who couldn't speak or breathe for themselves" -- emphasizing "breathe" in reference to Eric Garner, who died after a policeman grabbed him in a chokehold in New York.

"May we not forget that in our history injustice has often been maintained because good people failed to promptly act," Black said, with well over 100 people standing behind him.

The demonstration was organized by the Congressional Black Associates and other groups representing minority employees of Congress to show support for protests around the country following the killing of Garner and 18-year-old Michael Brown, whose death in Ferguson, Missouri, inspired the "hands up, don't shoot" gesture.

On the grounds nearby, Valerie Bell -- the mother of Sean Bell, shot in New York on the morning of his wedding -- watched with other mothers whose sons were killed by police. Nine mothers have been meeting with Congress members and Washington officials this week asking for an end to police brutality against black men.

"We stand with them, and they stand with us," Bell said as the congressional employees gathered outside in the cold.

As staffers returned to work after the brief event, Black said they were exercising their free speech rights "to say that there are some issues that are significantly critical, that there needs to be a greater conversation."

"There is no community that is immune to police abuse," Castro, a second generation Mexican-American, said afterward. "It is happening in every community. It is more concentrated in minority communities, particularly the African-American community, but this is something that all Americans are concerned about."