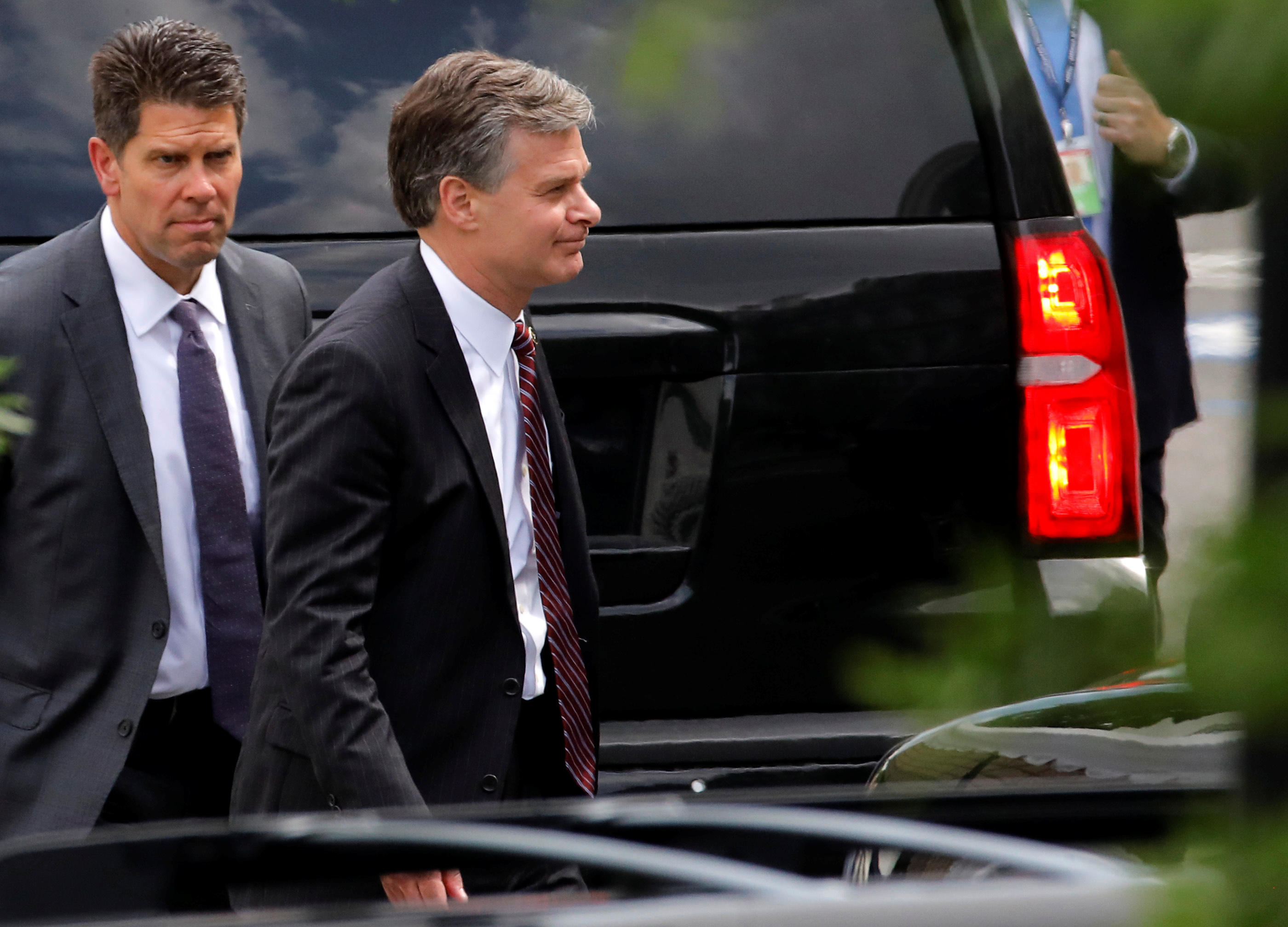 Ratcheting up pressure on the Russia investigation, the White House announced that top FBI and Justice Department officials have agreed to meet with congressional leaders and "review" highly classified information the lawmakers have been seeking on the handling of the probe.

The agreement came after President Donald Trump made an extraordinary demand that the Justice Department investigate whether the FBI infiltrated his presidential campaign. It's unclear exactly what the members will be allowed to review or if the Justice Department will be providing any documents to Congress.

White House press secretary Sarah Huckabee Sanders said Trump chief of staff John Kelly will broker the meeting between congressional leaders and the FBI, Justice Department and office of the Director of National Intelligence. She said the officials will "review highly classified and other information they have requested," but did not provide additional detail.

During a meeting Monday with Trump, Deputy Attorney General Rod Rosenstein and FBI Director Christopher Wray also reiterated an announcement late Sunday that the Justice Department's inspector general will expand an existing investigation into the Russia probe by examining whether there was any improper politically motivated surveillance.

Rep. Devin Nunes, an ardent Trump supporter and head of the House Intelligence Committee, has been demanding information on an FBI source in the Russia investigation. And Mr. Trump has taken up the cause as the White House tries to combat the threat posed by special counsel Robert Mueller's investigation into potential ties between Russia and the Trump campaign.

Mr. Trump tweeted Sunday, "I hereby demand, and will do so officially tomorrow, that the Department of Justice look into whether or not the FBI/DOJ infiltrated or surveilled the Trump Campaign for Political Purposes - and if any such demands or requests were made by people within the Obama Administration!"

With the demand, Mr. Trump entered into the realm of applying presidential pressure on the Justice Department regarding an investigation into his own campaign — a move few of his predecessors have made.

Mr. Trump made the demand amid days of public venting about the special counsel investigation, which he has deemed a "witch hunt" that he says has yielded no evidence of collusion between his campaign and Russia. In response, the Justice Department moved to defuse the confrontation by asking its watchdog to investigate whether there was inappropriate surveillance.

"If anyone did infiltrate or surveil participants in a presidential campaign for inappropriate purposes, we need to know about it and take appropriate action," Rosenstein said in a statement announcing the move.

The Justice Department probe began in March at the request of Attorney General Jeff Sessions and congressional Republicans. Sessions and the lawmakers urged Inspector General Michael Horowitz to review whether FBI and Justice Department officials abused their surveillance powers by using information compiled by Christopher Steele, a former British spy, and paid for by Democrats to justify monitoring Carter Page, a former campaign adviser to Trump.

Horowitz said his office will look at those claims as well as communications between Steele and Justice and FBI officials.

The back and forth between the Justice Department and Congress began with a classified subpoena from Nunes in late April. The panel didn't publicize the subpoena, but the Justice Department released a letter it sent to Nunes rejecting the request for information "regarding a specific individual." The department said disclosure could have severe consequences, including potential loss of human life.

The Justice Department said the White House had signed off on its letter, but Nunes wasn't satisfied, and continued to pressure the department. Negotiations between the House Republicans and the Justice department appeared to stall last week ahead of Trump's tweet — an apparent reversal of the White House's initial policy.

Rep. Adam Schiff of California, the senior Democrat on the House Intelligence Committee, has called Trump's claim of an embedded spy "nonsense."

"His 'demand' DOJ investigate something they know to be untrue is an abuse of power, and an effort to distract from his growing legal problems," Schiff tweeted. "Never mind that DOJ has warned that lives and alliances are at risk. He doesn't care."

Mr. Trump's demand of the Justice Department alarmed many observers, who felt it not only violated presidential protocol but also could have a chilling effect on federal law enforcement or its use of informants.

The New York Times was the first to report that the FBI had an informant who met several times with Trump campaign officials who had suspicious contacts linked to Russia.

The GOP-led House Intelligence Committee closed its Russian meddling probe last month, saying it found no evidence of collusion or coordination between Mr. Trump's campaign and Russia. Schiff and other committee Democrats were furious and argued that Republicans had not subpoenaed many witnessed they considered essential to the committee's work.

Sunday was not the first time that Mr. Trump accused his predecessor of politically motivated activity against him.

Without substantiation, Mr. Trump tweeted in March 2017 that former President Barack Obama had conducted surveillance the previous October at Trump Tower, the New York skyscraper where Mr. Trump ran his campaign and transition and maintains a residence. Comey later testified to Congress that internal reviews found no information to support the president's tweets. Mr. Trump fired Comey over the bureau's Russia investigation.