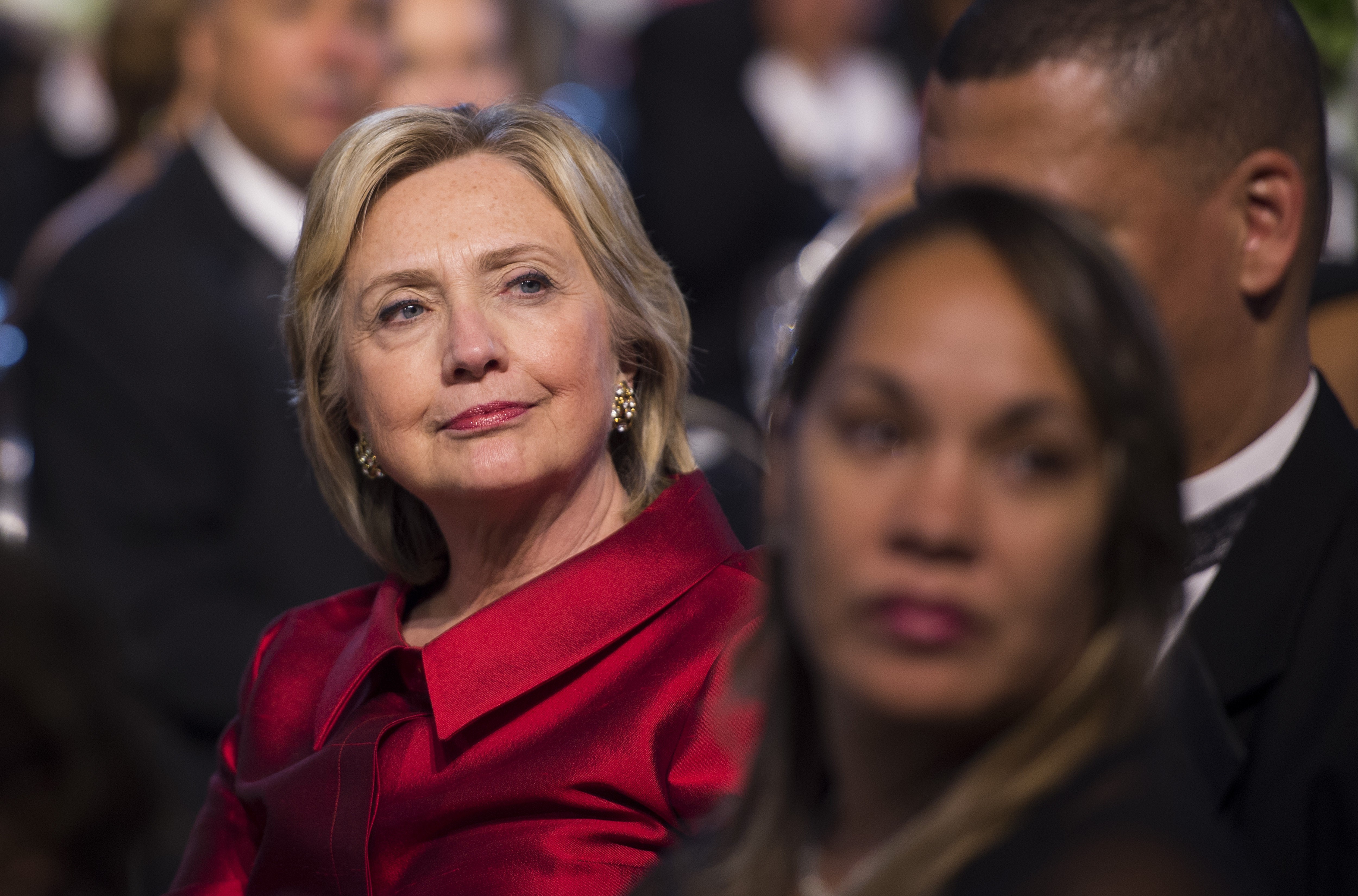 The CBC PAC formally announced its support of Clinton at a news conference near the Democratic National Committee headquarters in Washington, D.C.

"We must have a president who is knowledgeable on both domestic and foreign policy," CBC chair Rep. G.K. Butterfield, D-North Carolina, said Thursday. "Black lives are being lost on the streets of America because of police misconduct and gang violence...and so we must have a president that understands the racial divide."

"After considering the entire field, there is no question in our mind and in our minds that one single candidate -- one -- possesses the patience, experience and temperament," Butterfield continued, naming Clinton.

CBC members will hit the trail for the candidate in states where African Americans could swing the outcome of the primary, focusing particularly on South Carolina, where Democrats will gather to vote on Feb. 27.

One South Carolina member of the CBC, Rep. James Clyburn, has decided to remain neutral, despite the caucus' choice to endorse.

But Clyburn, the third-ranking Democrat in the House and a giant in South Carolina politics, recently told MSNBC in an interview that he may change his mind.

"We'll be meeting with family and friends this weekend when I get down to South Carolina and I'll make some decision after that," Clyburn said Thursday. "I won't be making any endorsements today or this week." Clyburn remained neutral in 2008, as well.

Butterfield penned an editorial for African American news outlet The Grio in January saying it "was not a hard decision" to back the former secretary of state.

"The black community matters, and black votes matter, which is why I publicly and proudly support Hillary Clinton for president," Butterfield wrote. "From fixing the criminal justice system and reforming the voting process to creating jobs and promoting a diverse workplace, Clinton's ambitions match our own."

Clinton has courted minority voters throughout her campaign, which has led to her popularity in states with large African American and Latino populations.

That support has not helped Clinton in the nation's first nominating contests, since Iowa and New Hampshire have little racial diversity.

In Iowa last week, Clinton barely eked out a victory over her opponent in the state caucuses. And in this Tuesday's primaries, Sanders trumped Clinton with a 22-point advantage among New Hampshire voters.