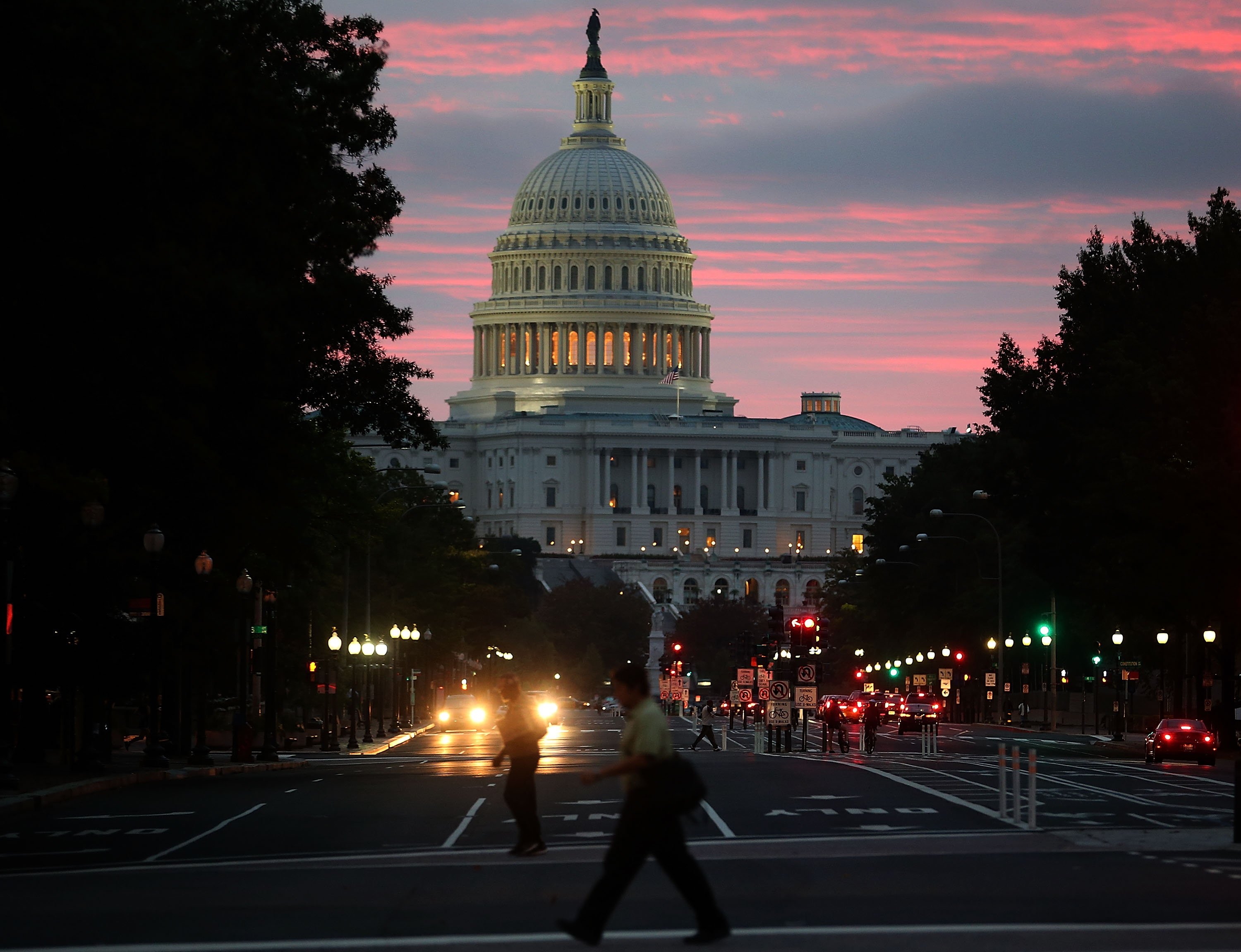 The 113th Congress this year has been exceptionally unproductive -- in fact, it's on track to be one of the least productive ever, in terms of bills passed and signed into law. Now, with just two weeks left on the legislative calendar this year, lawmakers are hard-pressed to renew a series of laws set to expire in the new year and meet other looming deadlines.

Before leaving for their winter holiday recess, Congress is attempting to broker deals over a farm bill and food stamps, unemployment benefits, the regulation of 3D-printed guns and a Medicare "doc fix." Lawmakers are also working on a budget agreement to avoid another government shutdown early next year.

The Republican-led House returns on Tuesday for its first full day in session after the Thanksgiving recess, and it plans to adjourn for the winter break on the afternoon of Dec. 13. The Senate, meanwhile, returns to Washington on Dec. 9 and plans to stay in session through Dec. 20.

One of the first orders of business in the House will be a vote Tuesday to renew the Undetectable Firearms Act, which bans the manufacturing of guns that can't be detected by x-ray machines and metal detectors. The law was first passed in 1988, and it was renewed in 1998 and 2003. It's set to expire on Dec. 9, at a time when plastic guns created by 3D printers are a growing concern.

Other efforts at gun control this year have been stymied by conservative opposition, but the renewal of the Undetectable Firearms Act has bipartisan support. Retiring Rep. Howard Coble, R-N.C., is sponsoring the bill in the House, and it has the support of the National Shooting Sports Foundation.

When the Senate returns next week, it will resume work on the Defense Authorization Act, Senate Majority Leader Harry Reid, D-Nev., has promised -- including work on an amendment to address the sexual assault crisis plaguing the military.

Work on the legislation began before the Thanksgiving break, but it was delayed by disputes over proposed amendments, including one to increase sanctions on Iran. While there's not much time to finish the bill now, congressional leaders say they're committed to it, pointing out that it's been passed and signed into law for the past 51 consecutive years.

Sen. Jim Inhofe, R-Okla., the top Republican on the Senate Armed Services Committee, said in a statement that the legislation "contains many 'must-pass' provisions that our military men and women rely on, including sections that deal with their pay and benefits, their education and training, and the sustainment and modernization of their equipment."

Democratic and Republican leaders in late October put forward a plan to permanently resolve the issue, but it's unclear whether Congress can agree to a long-term solution in the final days of this legislative session. The Senate Finance Committee is expected to consider the issue at a Dec. 12 meeting.

Emergency benefits for the long-term unemployed are also slated to expire at the end of the year. If Congress doesn't extend the program, which would cost about $25 billion for another year, about 1.3 million unemployed Americans will immediately lose benefits next year.

The Emergency Unemployment Compensation program has been in place since 2008. Last month, Rep. Sandy Levin, D-Mich., the top Democrat on the Ways and Means Committee, noted that the United States still has about 1.5 million fewer jobs than when the recession began in December 2007. Republicans, however, are resisting the program's extension.

Congress is also aiming this year to reach an agreement on a five-year farm bill to replace legislation that's already expired. Typically a bill that sees bipartisan cooperation, Democrats and Republicans this year have failed to agree on how much to cut the food stamp program funded in the legislation.

The House GOP has put forward a plan that would cut nearly $40 billion from the food stamp program, while legislation from the Democratic-led Senate cuts $4 billion.

In October, President Obama said passing a farm bill was one of his top three priorities for the year.

While attempting to pass the aforementioned bills, a handful of House and Senate negotiators will continue working behind the scenes on a budget agreement.

When Congress in October finally ended the two-week government shutdown, it did so with a bill that keeps the government open until Jan. 15 and that extends the nation's borrowing authority through the first week of February. In other words, Congress could find itself on the verge of another economic crisis early next year. To avoid that, bipartisan negotiators are trying to to reconcile the vastly different House and Senate budgets by Dec. 13.