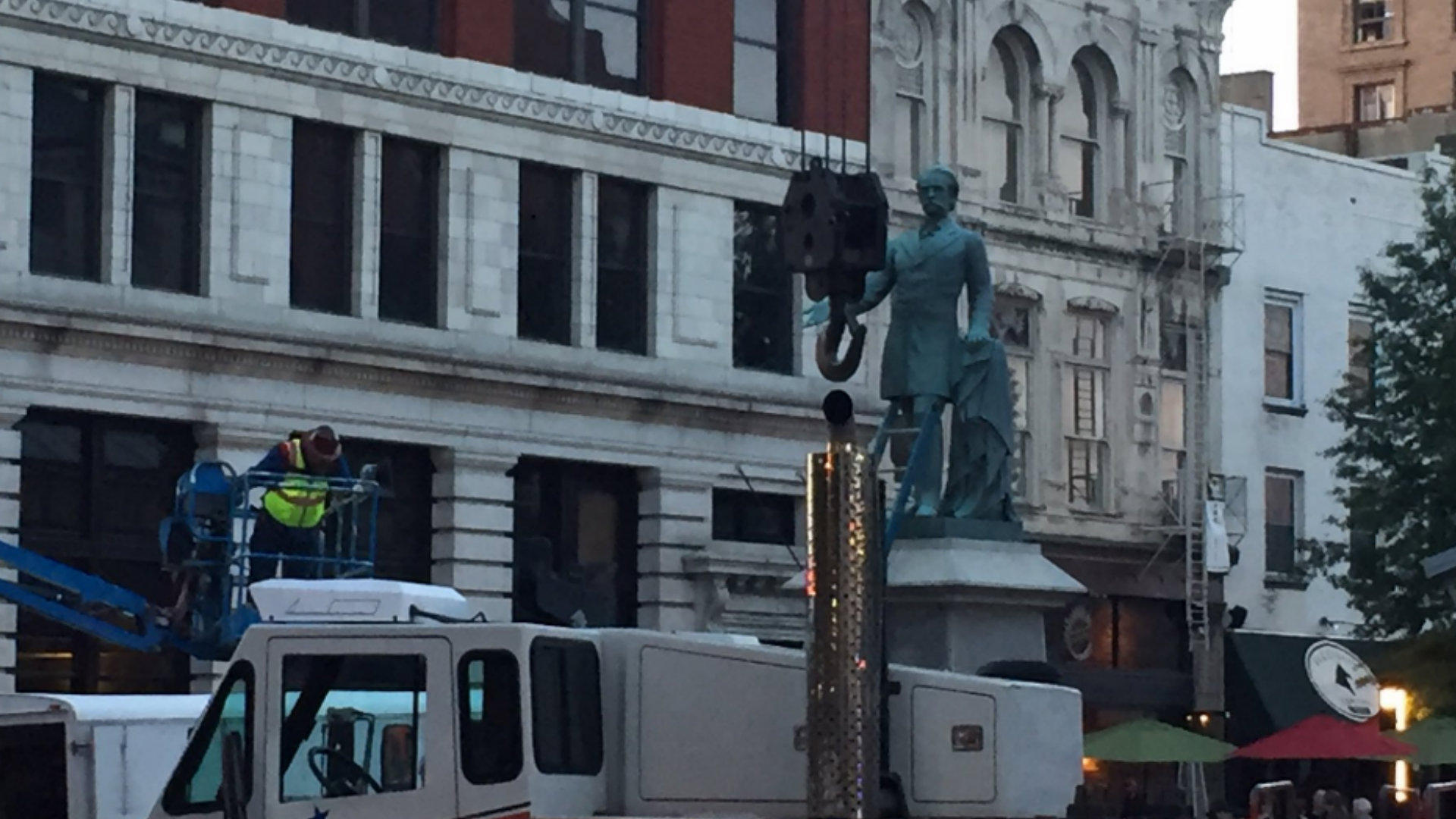 LEXINGTON, Ky. -- Kentucky's second largest city has begun moving statutes of two Confederate statues Tuesday evening after obtaining a legal opinion that a state heritage panel does not have jurisdiction over them.

The Lexington Fayette-Urban County Council voted in August to move the statues -- which were located outside a former courthouse -- days after violent protests at a white supremacist rally in Charlottesville, Virginia.

Police blocked off the area to allow crane equipment to move into place. The statues are being moved into storage while the city works out an agreement to move them to Lexington Cemetery where Breckenridge and Morgan are buried. Private donors have agreed to pay for the relocation and upkeep of the statues there.

WKYT-TV writes that Vice Mayor Steve Kay says they wanted to get these statues moved because it is "the right thing to do."

"We've been trying to get it done for a long time," Kay said. "We are just thrilled that it's happening."

Attorney General Andy Beshear, a Democrat, issued a legal opinion earlier Tuesday that then-Mayor Teresa Isaac did not have prior authorization from the city council in 2003 to submit an application for the statutes to be designated as Kentucky military heritage sites.

"That action wasn't lawful, and it is void," said current Mayor Jim Gray. "That means our local authority remains intact; this is a local decision, as it should be. This council has unanimously supported moving the statues to the Lexington Cemetery.

"The cemetery trustees have voiced their conditional approval," he said. "That's what we intend to do.

Republican Gov. Matt Bevin said after the initial vote that he disagreed with moving the Lexington statues, likening it to what the Islamic State of Iraq and Syria (ISIS) does "with the destruction of any kind of history or a different culture when they move into a new territory."