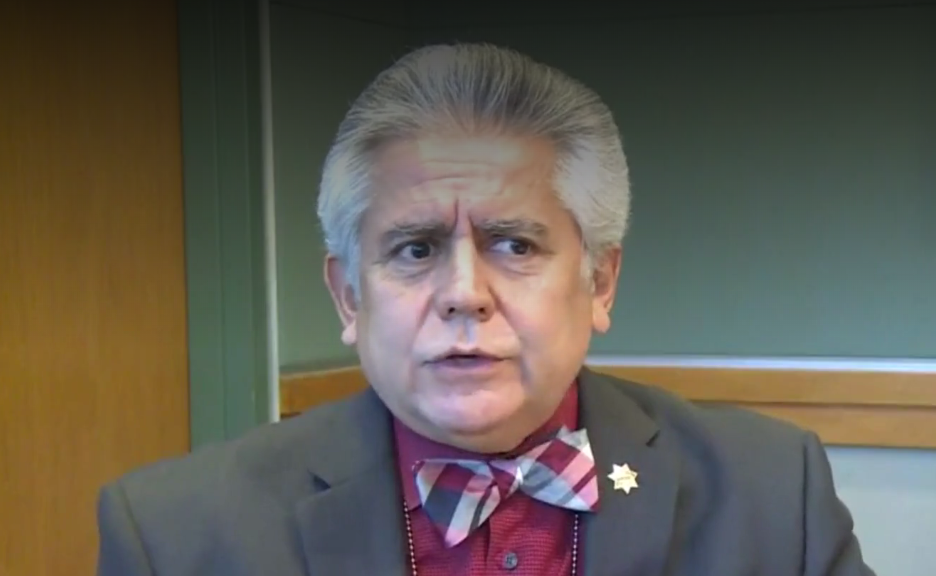 SACRAMENTO, Calif. -- San Joaquin County's chief medical examiner, known nationally as the doctor depicted in the movie "Concussion" about brain injuries among football players, resigned Tuesday over what he said was interference by the sheriff that has become so invasive that it borders on the unlicensed practice of medicine.

"I had observed long before this that the sheriff was using his political office as the coroner to influence the death investigation of persons who die while in custody or during arrest by the police," Omalu wrote in documents he provided to the Associated Press and other media. He said the interference "has become routine practice" since last year.

Omalu said he will stop conducting autopsies immediately and noted his departure won't take effect for three months under his county contract.

"Dr. Omalu resigned this morning because he was tired of hearing the lies and denial from the sheriff," Patricia Hernandez from Union of American Physicians and Dentist, who represents both doctors, told CBS Sacramento.

Moore told radio station KQED that he doesn't interfere in death investigations, but as the elected coroner he can make the final decision on whether to rule the manner of death an accident, homicide, suicide or the result of natural causes.

In the documents, Omalu and his assistant, Dr. Susan Parson, a forensic pathologist who resigned last week, said the interference at times included ordering that hands be cut off corpses without telling the pathologists.

Moore told the radio station that he would sometimes order the hands removed from corpses that were too decomposed to identify so they could be sent to the California Department of Justice's crime lab for fingerprinting.

Omalu declined to comment beyond what was included in the documents.

Omalu and Parson said they turned over voluminous memos to county supervisors and the district attorney. The district attorney's office said it is gathering information on homicide cases, including deaths involving law enforcement officers.

Last year, Omalu said, he ruled the death of a 26-year-old man a homicide by blunt force trauma after the man fought with police and with other residents.

"The sheriff called me into his office and told me that he wanted to make it an accident since officers were involved," Omalu wrote. "He said that I should amend my report and state that he died from the civilians and not the police officers."

He cited similar cases in 2013 and another in 2016 where he said he later learned the sheriff changed a homicide ruling involving an officer to an accidental death.

He also cited a 2007 case, early in his time in California, when he said a 47-year-old man died while being arrested.

"Information was intentionally withheld from me by the sheriff in order to mislead me from determining the case to be a homicide," Omalu wrote. "The sheriff still went behind my back months later and changed the manner of death to an accident to minimize the seriousness of the case."

"Physician independence is paramount to avoid improper influence on the practice of medicine," said Dr. R. Grant Mellor, president of the San Joaquin County Medical Society. "We urge the proper authorities to conduct a full investigation."

A statement issued by the office of District Attorney Tori Verber Salazar said prosecutors do not rely on coroner's reports when they decide whether to file criminal charges. The office does its own independent review of the pathology reports as well as reports from other law enforcement agencies.