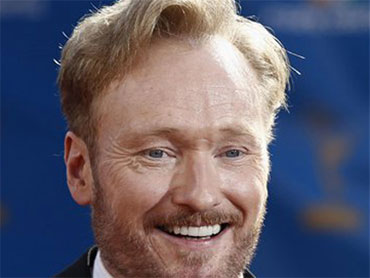 Conan O'Brien took the simple approach Wednesday in announcing the name of his new talk show on TBS.

He posted a YouTube video announcing the show's name to his fans. He scrawled the name on a white sheet of paper using a black marking pen.

O'Brien has finished a comedy concert tour. He was nominated for an Emmy Award for his short-lived stint as NBC "Tonight" show host that ended amid much drama in January, but lost to Jon Stewart and Comedy Central's "The Daily Show."