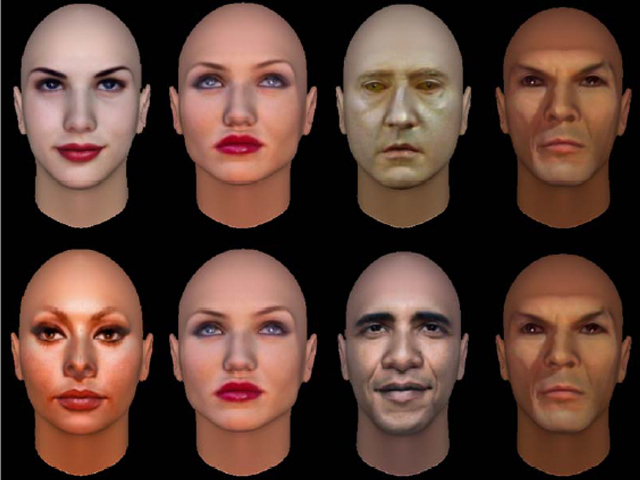 (CBS) - A foursome of multi-national researchers have developed software that can conclude whether or not a person's face is considered attractive, likable or mean. Scientists Mario Rojasm, David Masip, Aledander Todorov and Jordi Vitria published their findings in the journal PLoS ONE.

Their research, which took place at the Computer Vision Center in the Autonomous University of Barcelona in Spain in conjunction with the Department of Psychology of Princeton University, attempted to use computers to measure nine categories: attractive, competent, trustworthy, dominant, mean, frightening, extroverted, threatening and likable.

Why would we want to know a person's social traits? "If the information on which the evaluation of faces is based could be automatically learned, it could be modeled and used as a tool for designing better interactive systems," the researchers stated in their study. "The aim of this paper is to study to what extent this information is learnable from the point of view of computer science. Specifically, we formulate the task as a classification problem with the objective of predicting a facial trait judgment."

"The perception of dominance has been shown to be an important part of social roles at different stages of life, and to play a role in mate selection," said Rojas.

An example of how the algorithm was tested is using "correlation of facial points" on computer-generated 3D scans of real faces. The researchers theorized the facial points correlated with a person's characteristics.

The results show that the software can predict social characteristics with over 90 percent accuracy.

So in theory, if a computer can read your face, it will know how to react to you and which set of actions to take. If the software is installed on a computer with a microchip that can make decisions like a brain, we've come one step closer to imitating human behavior. Add one eerie human-like robot to the mix... (Insert "Battlestar Galactica" skin job reference here.)

So what's the take away? Be nice to your iPads and Roombas. Oh, yes, they're watching and waiting.