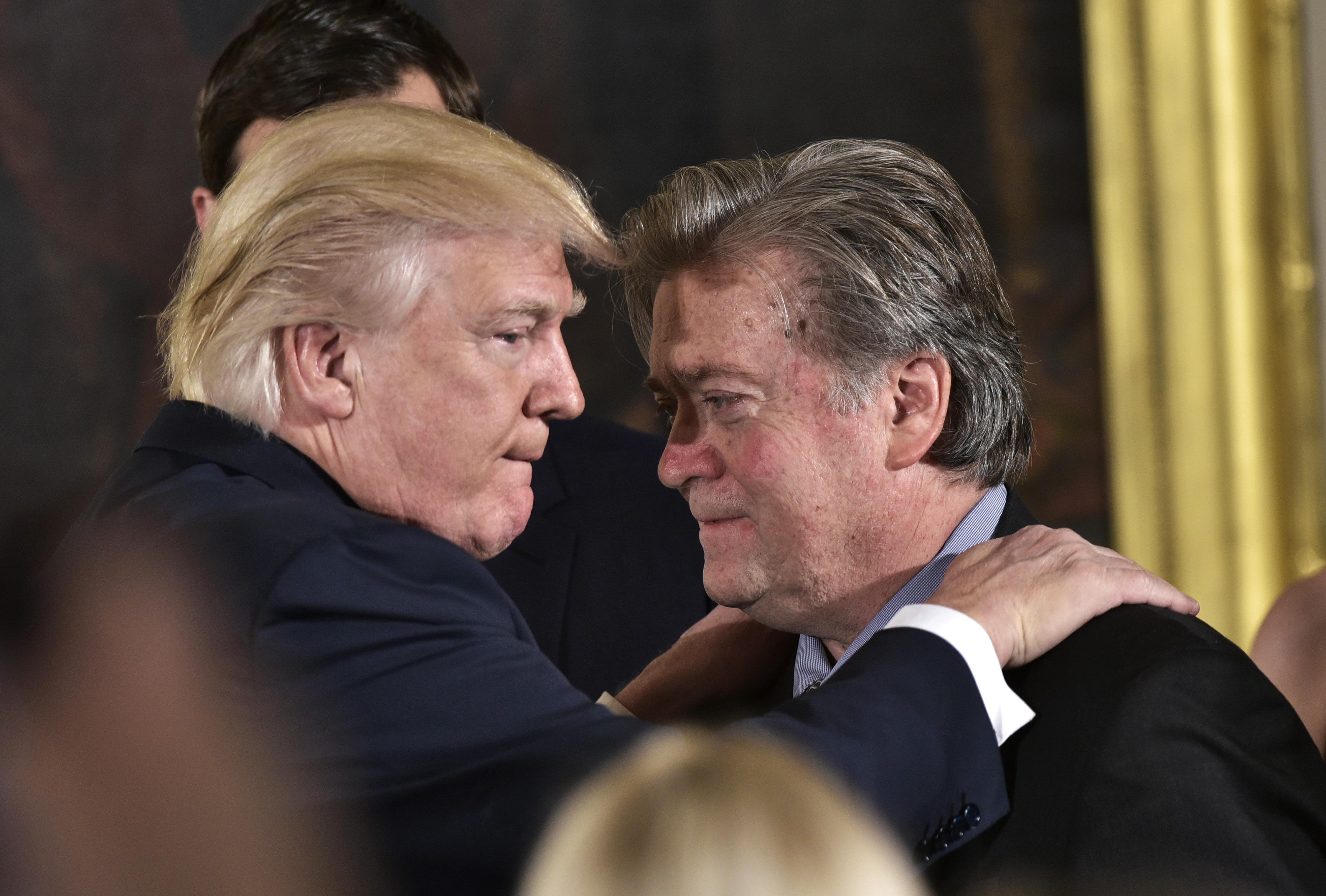 One of the many things the rise of Donald Trump revealed was how little Republican voters cared about conservative orthodoxy. As many perplexed right-wingers noted at the time, Trump won the GOP primary by singing the praises of big government, protectionism, and yes, even higher taxes on rich people.

"For the wealthy, I think, frankly, it's going to go up," he said on "Meet the Press," as the primary came to a close. "And you know what? It really should go up."

As a campaigner, Trump was shrewd enough to understand that the Republican Party's base wasn't really conservative anymore, at least in the National Review sense of the word.

Instead, it was what you might call "big-government libertarian" -- skeptical of new laws, but appreciative of the welfare state, and nostalgic for a time when the U.S. could do things like build a pipeline from Texas to New Jersey in a matter of months. To these culturally conservative voters, taxing the rich and redistributing seemed like common sense after decades of mounting -- and quite visible -- inequality.

This way of thinking was soon branded Trumpism, and quickly discarded by Trump himself. Trumpism, in practice, requires bipartisanship because things like big infrastructure projects would need liberal support to overcome conservative objections; Trump, meanwhile, has embraced polarization and partisanship. Populists like Steve Bannon, the would-be chief ideologist of Trumpism, were shoved aside in favor of orthodox conservatives like Ryan and technocrats like Gary Cohn.

Trump's decision to govern like a normal Republican will probably looked back on as a great mistake. He's too weird to pull off the act, and it's not why he was elected in the first place. However, with tax reform soon to become the next big issue in Washington, there's a slim chance that he'll strike a blow for populism.

Bannon is letting it be known that he favors a higher marginal tax rate for people making over $418,000 a year, according to Axios. It's a rather modest proposal, but one sure to drive Trump's fretful handlers crazy if the president flirts with embracing it.

Bannon, though, would really just be doing what Republicans are already doing at the state level. As the New York Times recently noted, a number of GOP-dominated states are suddenly a whole lot less allergic to tax hikes as they once were. Kansas is probably the most dramatic example – Gov. Sam Brownback's massive tax cuts proved to be extraordinarily unpopular in that deep-red state, and had to be rescinded by the Republican legislature over Brownback's objections.

There are good reasons for the GOP to rethink its position on taxes in the long term. But Trump isn't really a long-term thinker, which is one reason it would come as a surprise if he embraced Bannon's proposal. Because in the short run at least, there's not much reason to think this White House will get much of anything out of a tax hike.

It's impossible to know what would have happened if Trump had governed like a big-government libertarian from the start. If Trump had found a way to play nice with Democrats and work with some of them some of the time, we might be in a very different place, and discussing the kind of populist solutions with bipartisan appeal Trump touted on the campaign trail.

Instead, Trump went the partisan route, and is dependent on institutional Republican support. He is reliant on the support of the Freedom Caucus and the GOP's uncompromising right wing, which would never support a tax increase. He needs the donor class, a group that has invested a lot of money in the promise of lower marginal tax rates for the wealthy, to cough up the money that protects the GOP's majorities in Congress. And he needs those Republican majorities, because otherwise he's all but certain to be impeached.

Who knows. In his heart, maybe Trump really does want to raise taxes on rich people, and will push for it. But given Trump's position, and his sense of his own self interest, its hard to think Bannon's tax hike idea is anything but dead on arrival.