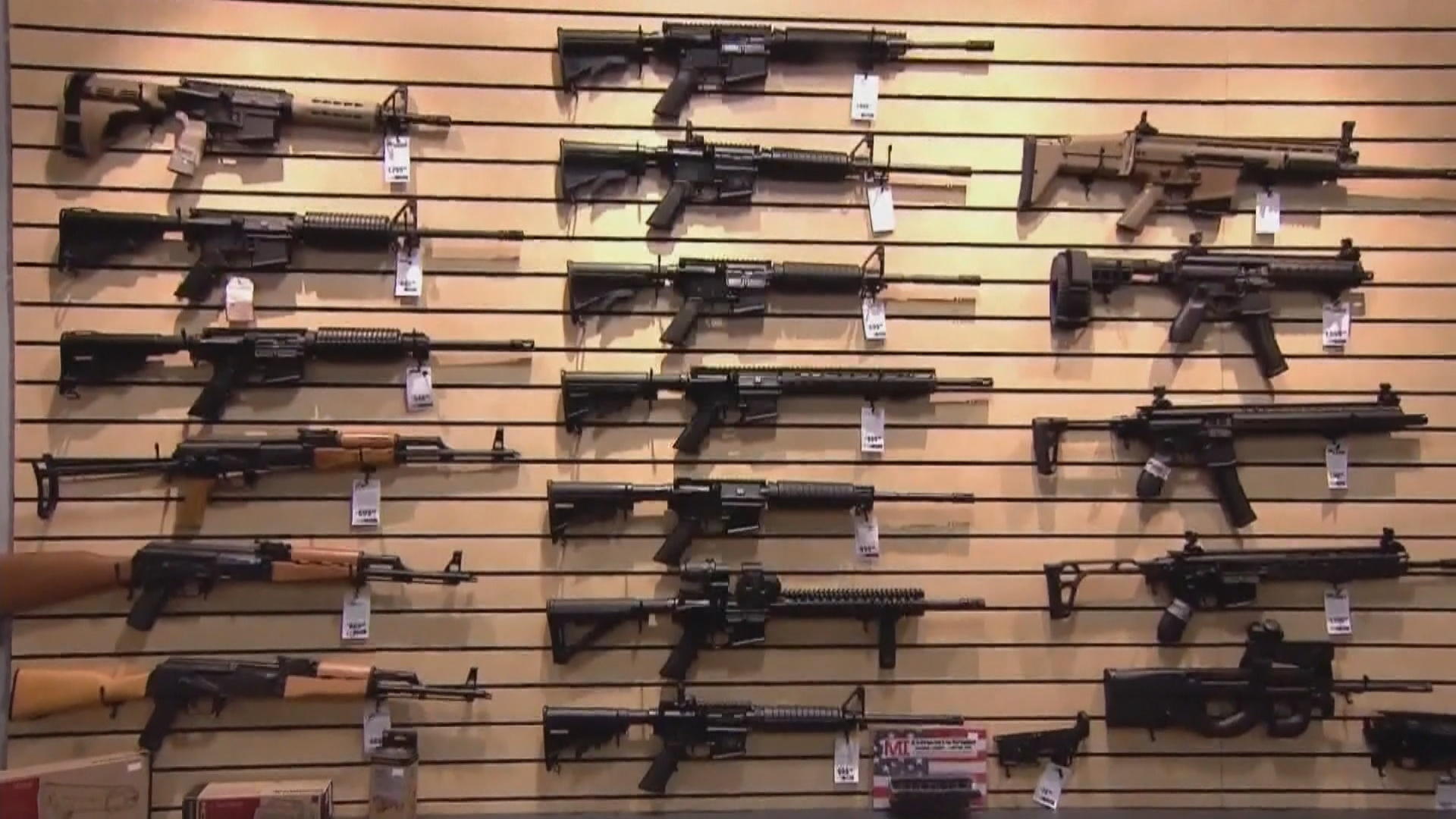 Whenever there is a mass shooting in the U.S., the Onion parody news site runs what is essentially the same story with an identical headline: "'No Way to Prevent This,' Says Only Nation Where This Regularly Happens." It's a pointed reminder of what has become habit in America. The Las Vegas massacre may be a brand-new level of gun-violence horror, but the conversation it inspired is definitely "same-old, same-old."

Anti-gun liberals are using "blood-on-their-hands" rhetoric to attack Republicans and the NRA.

Pro-gun conservatives are mocking gun-control proposals as unworkable or irrelevant.

And America's short-attention-span takes care of the rest, as we're soon enough distracted by the next crisis or catastrophe or Kardashian sighting. Why is it that the conversation about guns inevitably ends in a cul-de-sac?

There are three reasons for this: The left's lack of information, the right's distrust of reform and the "passionate minority" problem.

The left and guns

Hillary Clinton's tweet about silencers in the wake of the Las Vegas massacre is, in the minds of many gun-rights advocates, a classic liberal moment. She brings up a gun issue completely unrelated to the crime (the shooter didn't use a silencer), and she doesn't seem to understand how they work. "Suppressors" (the more accurate term) muffle the decibel level of a gunshot to that of a jackhammer. So, banning them would have no impact on mass shootings.

Gun-control advocates often talk about guns in ways that betray that they don't really get guns or gun laws: They conflate automatic with semi-automatic weapons; they using the phrase "assault weapon" to describe commonly-used rifles that are no more dangerous than any other gun; they claim "anyone can buy a machine gun."

Gun activists roll their eyes over claims like these. They know, for example, that all "machine guns" made post-1986 are banned for private owners, and getting a pre-1986 automatic weapon involves in-depth background checks, numerous restrictions and lots of money. There are around 500,000 automatic weapons in circulation in the U.S. That's about 0.19 percent of the approximately 265 million guns in the US…and they're almost zero percent of the gun crime problem.

Gun-rights supporters point out that, despite claims from anti-gun activists, automatic weapons weren't used in the Pulse nightclub, Sandy Hook, or Virginia Tech shootings—the three worst mass shootings before Las Vegas. And if the Vegas shooter did have automatic weapons, they are already illegal.

Supporters of tougher gun laws have not done a good job explaining how their specific proposals, such as expanding mandatory background checks, would prevent specific gun crimes.  Background checks didn't stop a wealthy, former IRS accountant with no criminal record from buying a rifle in Nevada. Do gun-control activists think they should?

The right's fear of reform

Because the policy proposals from gun-control activists often have no correlation to the gun crimes in question, many Second-Amendment supporters fear they're hiding the real agenda: A British or Australian-style gun confiscation program.

It doesn't help when gun-control advocates like President Obama specifically mention Australia as a model for reform, or when liberal magazines like the New Republic repeatedly post this headline: "It's Time To Ban All Guns."

This fear that the entire conversation is a con for getting rid of the Second Amendment keeps many gun-rights advocates from even offering compromises. Why crack the door to people you believe are ready to kick it in?

And, some gun-rights folks argue, why compromise when you're winning? As Kevin Williamson of National Review magazine says: "The courts are very friendly to gun rights at the moment. I'm very confident about the legal status of the right to bear arms."

That's in the courts. In Congress, Democrats didn't act when they had a 60-vote majority and President Obama in the White House.  That's because enough purple-state Democrats feared facing the pro-2A folks back home to keep legislation from moving.

Democrats who complain about the "gun makers" are being misleading. The real power comes from millions of voting gun-owners and their supporters. And there's an attitude among gun activists that says "if it ain't broke, don't fix it," even in the wake of a horrific crime like Las Vegas.

The flip side for gun-rights supporters is the math: They are still the minority. And a horrific attack like Las Vegas, Orlando, Sandy Hook, etc. could be the one that tips the politics and overwhelms the passionate minority.

There is another path forward: Gun-rights advocates could push some reforms themselves—say, in the area of mental health. Set up a system to include previous mental-health issues in the background check system, for example.  Then, gun-control advocates could in turn state clearly that the Second Amendment is just as much a civil right as the other parts of the Constitution and deserves to be protected.

Reasonable gun laws that actually improve public safety, rejection of any more gun confiscation proposals -- America could do this. To get the right laws, we just need the right leaders.