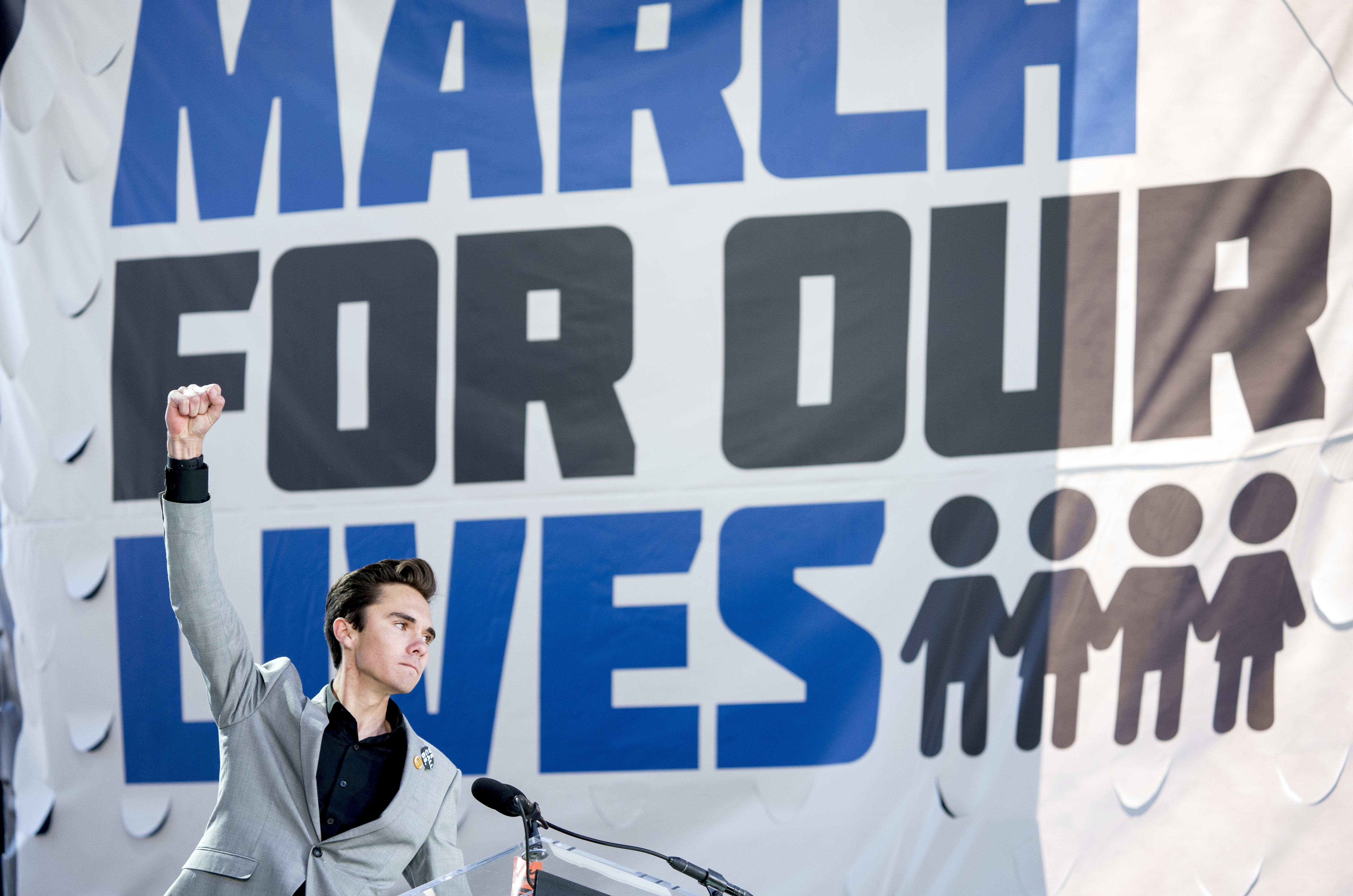 Saturday's #MarchForOurLives was billed as a protest against gun violence. But for many Americans on the Right, it felt like they were under attack.

Many student speakers gave lip service to non-partisanship. "Now is the time to come together, not as Democrats, not as Republicans, but as Americans," student leader David Hogg said in his speech. However it was hard not to notice that some Americans were, to paraphrase George Orwell's "Animal Farm," more 'American' than others.

For a non-partisan rally against gun violence, there was an awful lot of messaging about a Republican President and GOP elected officials like Sen. Marco Rubio. As student speaker Sarah Chadwick put it: "We will no longer be hunted down and treated like prey by politicians who simply don't care about us."

David Hogg was even more explicit: "The cold grasp of corruption shackles the District of Columbia…To those politicians supported by the NRA, that allow the continued slaughter of our children and our future, I say: Get your résumés ready."

"Corruption?" "Slaughter?"  "Hunted prey?" This is the sort of language one would expect to hear directed at the Parkland attacker and other gun-wielding criminals.  These killers were rarely mentioned. Instead, the vitriol was directed at Republican lawmakers and the people who vote for them, people who "put guns ahead of our kids," was the common refrain.  Or as one sign read "Our Blood, Your Hands."

And then there was the NRA.

"NRA = Murder" signs were widespread at Saturday's rally, along with "The NRA Supports Terrorists" and "[Expletive] the NRA." At least one rally featured chants of "Hey, Hey, NRA—How many kids did you kill today?"

So how does it feel to spend a day being called a child murderer on national television?

"You get used to it," said Cam Edwards, host of the popular "Cam and Company" show on NRATV. "This is nothing new, maybe just more ramped up."

Edwards makes the point that the NRA is a membership organization and an attack on it is an attack on the 6 million or so people who choose to send in their $40 a year because they want to protect what they see as a constitutional right.

"NRA members are some of the best people in this country: first responders, educators, veterans, moms and dads," Edwards says. "Not people who care more about their guns than their kids. And certainly not domestic terrorists."

There's something else Americans who support gun rights are: Registered voters.

The traditional calculation is that while Americans have many feelings about guns, the only people who actually vote on the issue are gun owners.  "They're marching today," one southern GOP consultant said to me on Saturday, "but where will they be in November?"

Democrats hope, with good reason, that this year will be different. According to a new CBS News Nation Tracker poll, Democrats are just as likely as Republicans to say candidates must agree with them on guns in order to get their vote.  In addition, 2018 is already shaping up to be a winning year for Democrats without the gun issue, and high hopes boost turnout. The most motivated voters may not be voting specifically for gun control, but a rising liberal tide will raise all ideological boats.

But Saturday's rally, with its acid rhetoric and progressive overreach, may have been the Left's first setback of the year.

"They have gotten the other side revved up," says Jim Wallace of the Gun Owners Action League, a pro-gun-rights group in Massachusetts. "The NRA's membership is increasing, ours is increasing. We're seeing it first hand: people who would not normally get involved are very concerned about their civil rights."

Both Edwards and Wallace pointed out comments from onstage pushing for extreme measures on guns—comments their fellow gun owners are certain to notice, too.

"For every person who said 'We want "common sense gun reform," you got somebody else who said 'it's time to repeal the Second Amendment.' The actual message a bit confused, other than 'We don't like guns and we don't like gun owners.'"

Many supporters of gun control would dispute this contention. They insist that they don't oppose gun ownership or hold lawful gun owners responsible for the gun crimes. But for many gun owners, Saturday's events were a daylong example of what Jim Wallace calls "the new social bigotry against gun owners."

Dee Dee Edmondson, a member of Massachusetts' LGBT community who works with Wallace, agrees. "It's easier to come out as a lesbian in Massachusetts than as a gun owner," she told me.

This is dangerous political territory for Democrats.  A new poll just out last week found that 58 percent of Americans believe gun ownership increases safety by allowing law-abiding citizens to protect themselves. Even among Millennials, four in ten still believe "protecting gun rights is of chief importance."

And while support for the NRA has fallen recently—37 percent favorable, 40 percent unfavorable—that's still more than 100 million Americans with a positive view this "child murdering" organization.

If these Americans get the message that Democrats and the Left are declaring them Public Enemy #1, if they feel like their culture and values are under assault, that's one way to get a relatively unmotivated GOP base fired up for the midterms.

Delaney Tarr, one of the student speakers said on Saturday: "We will take the big and we will take the small, but we will keep fighting. When they give us that inch, that bump stock ban, we will take a mile. We're not here for bread crumbs. We are here for real change."