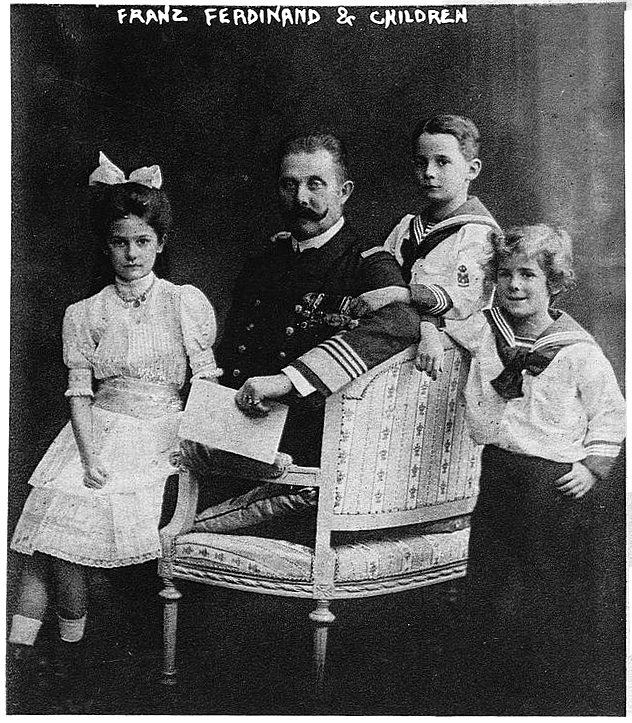 One hundred years ago today, the course of history changed in a single, violent instant.

On June 28, 1914, Franz Ferdinand, Archduke of the Austro-Hungarian empire, and his wife were were assassinated by a serbian nationalist in Sarajevo. The event triggered the start of World War I and ushered in decades of war and political upheaval throughout Europe and across the globe.

But fewer people may know the story of how it happened, and why a seemingly isolated act could set off a four year war with a staggering cost.

Dan Carlin, host of the popular podcast, "Hardcore History," explains how the assassination of two people transformed the planet.

"It reminds me of the Kennedy assassination, where you have a world leader in an open top car going down the street, the public on both sides of the street, and his wife next to him; killed by a gunman. But you have to imagine that John F Kennedy was shot at earlier in the day," Carlin told CBS News. "They survived, whisked the car off, saved his life, and another gunman got him later in the day."

Once the assassination occurred, Carlin explains that the consequent domino effect could not be stopped.

"Four years before the war broke out, the German chancellor Otto Von Bismark said that Europe was a powdered keg," Carlin told CBS News. "He described the leaders like men smoking in an arsenal."

Carlin attests that if not for this assassination, history may have taken a completely different course.

"At the time this German guy named Von Helga said this conflict were about to get into will decide the fate of planet for the next 100 years. And here we are today, 100 years later.

World War I also redefined warfare, as weaponry and technology advanced at an eyeblink once the fighting began.

"The last time Europe had been in a general war was 90 years before this time period. At waterloo. Four years later [after WW1 began] they have poison, gas, heavy bombs bombing cities, submarines, machine guns, artillery, tanks," Carlin said. "I mean the transformation in the mere four years was like technology on steroids."

Carlin also emphasizes that it was the response to the attack, not the attack itself, that caused World War I.