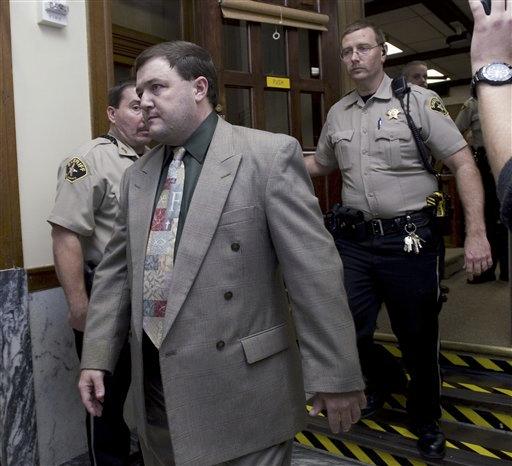 A main character in the "Doonesbury" comic strip will lose a leg while fighting in Iraq, one of two strips published this week that feature soldiers getting injured in the war.

In Monday's "Doonesbury," B.D., a football coach-turned-soldier, was injured after being reactivated in the Army at the end of 2002, following a losing football season.

Later this week, he will wake up to find his left leg amputated, according to Universal Press Syndicate, the strip's distributor.

About 10 newspapers have called Universal Press with concerns about the strip, primarily with language the character uses after learning his leg is gone, company spokeswoman Kathie Kerr said.

The strip, which appears in 1,400 newspapers nationwide, has a long history of addressing difficult topics since Garry Trudeau started it at Yale University in 1968.

Kerr was unsure how long Trudeau would continue the story line.

Trudeau did not immediately respond to questions submitted to him by The Associated Press.

Trudeau is not the only comic-strip artist using the war in Iraq as a backdrop. In Monday's edition of "Get Fuzzy," main character Rob Wilco learned that a cousin had lost a leg in the war.

Darby Conley, the strip's author, is not giving interviews, said Mary Anne Grimes, spokeswoman for the United Features Syndicate, the strip's distributor. She said Conley prefers to let the strip speak for itself.

"Get Fuzzy" appears in about 400 newspapers.