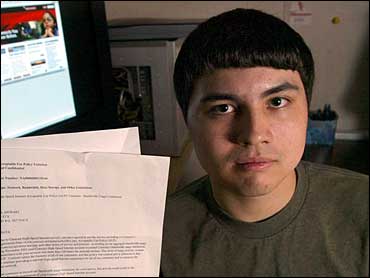 By all accounts, George Nussbaum demands a lot from his Internet connection. He streams video and transfers large files from his office. His family downloads movie trailers and his stepson listens to and buys music online.

Nussbaum subscribes to his cable TV provider's high-speed Internet service, which, he thought, was built for such high-bandwidth activities. Then, in November, he got a letter from the provider, Comcast Corp., ordering him to dial down his usage or face service termination.

Until last summer, the service was advertised as "unlimited."

But Comcast, citing a fuzzy "acceptable use" policy, is now cracking down on the heaviest users on the premise that their consumption could degrade neighbors' service.

A number of broadband providers are beginning to offer different tiers of service, charging high-volume users more. Some, particularly wireless providers, charge extra for heavy use.

Comcast, critics say, is trying to impose limits without telling consumers that the service is limited.

Nussbaum, who at first had no idea how many gigabytes he consumed, was willing to cut back. He called to find out by how much, but customer service had no answer. Then he asked how much he used. Again, Comcast wouldn't provide a number.

Last month, Nussbaum got a second letter threatening suspension or termination, so he decided to sign up for a digital subscriber line offered by his phone company, Verizon Communications.

"How am I supposed to know what my limits are?" said Nussbaum, an engineer from Plaistow, N.H. "It was actually kind of ridiculous."

Comcast's letters have been a hot topic of discussion on BroadbandReports.com, a popular online forum. More than 5,000 messages have been posted since the warnings started arriving last summer. Most offer comments, though some are reports of having received a warning.

"They have the right to control their service and offer different services to different people," said David Willis, an analyst at the Meta Group. "The problem is you can't keep changing the rules all the time."

Most broadband companies have vague policies, but Comcast's appears to be the most aggressively enforced. It provides no tools for monitoring bandwidth, and does not give any specific guidance.

"The total number of customers who have had their service disconnected is well below one one-hundredth of one percent of our overall Internet customer base," spokeswoman Dana Ryan said, reading from a prepared statement.

But the nation's largest cable company refused to reveal the average consumption among its 4.8 million high-speed Internet subscribers. Ryan also would not say how many received warnings or exactly how many have had their accounts suspended or terminated.

A senior Comcast technician, who asked to remain anonymous for fear of losing his job, said letter-triggering usage is typically about 100 gigabytes a month, though it varies from city to city.

A hundred gigabytes of usage a month may not strain the system but some abusers, he said, consume more than a terabyte of data each month - equal to about 1,000 gigabytes, or 1,000 copies of the Encyclopedia Britannica. Many run Web servers or offer copyright music or videos. Thirty minutes of high-quality video can consume up to a gigabyte.

Excessive use is a problem for Comcast and other providers because they must predict bandwidth use and buy the capacity. If too much is consumed, not only can the local network bog down; it also could affect Comcast's profit margin.

The enforcement comes as cable companies are trying to maintain their lead over DSL, which offers high-speed access over phone lines. Comcast and several other cable firms are doubling their top download speeds to 3 megabits per second, which makes it easier for users to consume more bandwidth and cross any limits.

DSL providers are fighting back by dropping prices - as low as $27 a month, compared to Comcast's $43. The phone companies stress that they don't restrict usage.

They're less likely to do so because digital subscriber lines are not shared until they reach the phone company's facility. Cable users share the same data pipe with their neighbors.

"I am not aware of any DSL provider that limits the number of bytes available or charges more if a circuit is used more," said Verizon spokesman Eric Rabe.

But cable companies have a history of limiting use. Until recently, for example, Comcast specifically barred its residential customers from using virtual private networking software, which creates secure connections for telecommuters, unless they upgraded to the business plan.

"The cable companies in the U.S. have this history of trying to engineer multiple, tiers, multiple grades of service," Willis said. "So far they've been highly unsuccessful in doing that."

People who received Comcast's bandwidth abuse letters and were willing to discuss their usage patterns publicly were shocked at the "Twilight Zone" experiences they had with customer support.

One man, a British expatriate in Philadelphia who used to transfer home movies to family in Europe, asked for anonymity because he feared Comcast would unplug him, leaving him with nothing but a dial-up connection because he doesn't qualify for DSL.

"They play the card that I've been causing problems for people in the neighborhood," he said. "If that's the case, that's fair enough, but show me some evidence."

NCAA, NBA teams use tech to improve their games