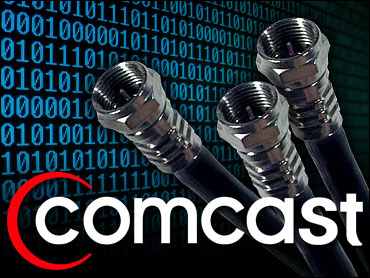 The advocates for network neutrality have an unlikely new ally in Comcast. The cable TV company, which is also one of the nation's leading high-speed Internet providers, is officially opposed to proposed legislation that would force it to treat all of its customers equally. But its recent actions have actually strengthened the argument that something must be done to protect consumers against an oligopoly of providers that can control what we can do with our own DSL and cable modems.

Last week the Associated Press reported that "Comcast Corp. actively interferes with attempts by some of its high-speed Internet subscribers to share files online, a move that runs counter to the tradition of treating all types of Net traffic equally." Specifically, the AP said that the company was blocking the ability of subscribers to upload files using the BitTorrent file sharing network.

This has nothing to do with copyright enforcement. While BitTorrent can be used illegally to share copyrighted files, it is also used by many to legally share all sorts of digital files. The company behind BitTorrent has even announced deals with major TV and film studios to use its peer to peer technology to speed up the delivery of media to customers. Some software developers are also using BitTorrent to efficiently distribute very large files.

Although Comcast has been tight-lipped about its policies, company spokespeople have been quoted by the AP and others as saying that it doesn't "block access" to BitTorrent or other applications but that it does use technology to monitor and control network traffic.

To grasp what Comcast is allegedly doing it's important to understand the basics of how BitTorrent and some other peer to peer file sharing networks operate. If I want to download a file from BitTorrent, say a promotional video from an independent band, I would use a piece of software to find that file. But instead of finding a single computer that stores that file, the software might find several computers that have it and order it up in "bits" with pieces of the file coming from different machines across the Internet. In order for me to get those bits, each machine would have to be able to send me a portion of that file. All of this is perfectly legal as long as no copyrights are being violated. Some content providers love it because it reduces the cost of distribution and greatly speeds up the downloading process by spreading it around the Internet.

Reports indicate that Comcast is getting in between the sharer and the person making the request by sending a fake message to the computer dong the sharing saying that the requester no longer wants that file. That message causes the session to end. The Electronic Frontier Foundation says that the company is also doing this with files from the Gnutella file sharing network and blogger Kevin Kanarski, who works at a Lotus Notes manager, has reported that he and other Lotus Notes users "have experienced dropped connections in Lotus Notes when sending e-mail with attachments from a Comcast Internet connection."

Comcast has not officially commented on these allegations other than to tell the AP and others that it needs to protect its network from a very small cadre of abusive customers who use far more than their share of Internet bandwidth. Responding to a question from a moderator at a panel at last weeks' Web 2.0 conference in San Francisco, Amy Banse, president of Comcast Interactive Media, reportedly told the audience that the company is trying to guard against the .01% of "what we call excessive use."

As a Comcast customer I understand the need for the company to protect my bandwidth from abusive neighbors who might slow down my service by over-using theirs, but there has to be a better way to do this. If what the AP and many others have said is true, it strikes me that what Comcast is doing can best be described as hacking and impersonation by falsely sending out messages that appear to come from a legitimate user attempting to download a file. Their motivations might be noble, but their methods are scary.

It's like a government agency engaging in illegal search and interrogation methods in the name of homeland security, not that that ever happens.

I'm not about to drop my Comcast service because the alternative - where I live - is a much slower DSL line from AT&T but Dwight Silverman, my friend and colleague at the Houston Chronicle has blogged that he's thinking of canceling his Comcast service. "I never thought I'd say this, but AT&T's DSL is starting to look good."

The irony of this is that it's giving ammunition to the net neutrality forces that want Congress to pass legislation requiring service providers to treat all applications equally. Comcast along other cable providers and phone companies has argued that such legislation is unnecessary because they don't discriminate but the SavetheInternet.com Coalition worries that "the nation's largest telephone and cable companies - including AT&T, Verizon, Comcast and Time Warner - want to be Internet gatekeepers, deciding which Web sites go fast or slow and which won't load at all."

Until now, the big providers and their supporters have won the day, but I suspect that the tide might soon change. Not only is Comcast on the hotseat but so is Verizon Wireless which recently rejected a request from Naral Pro-Choice America to send out text messages over its cellular network. The phone company claimed it had the right to block "controversial or unsavory" messages. To its credit, Verizon revised its policy the day it was exposed in the New York Times but its initial decision sent a chilling message to anyone who thought that the phone in their pocket actually belongs to them to use lawfully as they see fit.

How a whale penis came to the Explorers Club
Thanks for reading CBS NEWS.
Create your free account or log in
for more features.
View CBS News In
CBS News App Open
Chrome Safari Continue
Be the first to know
Get browser notifications for breaking news, live events, and exclusive reporting.