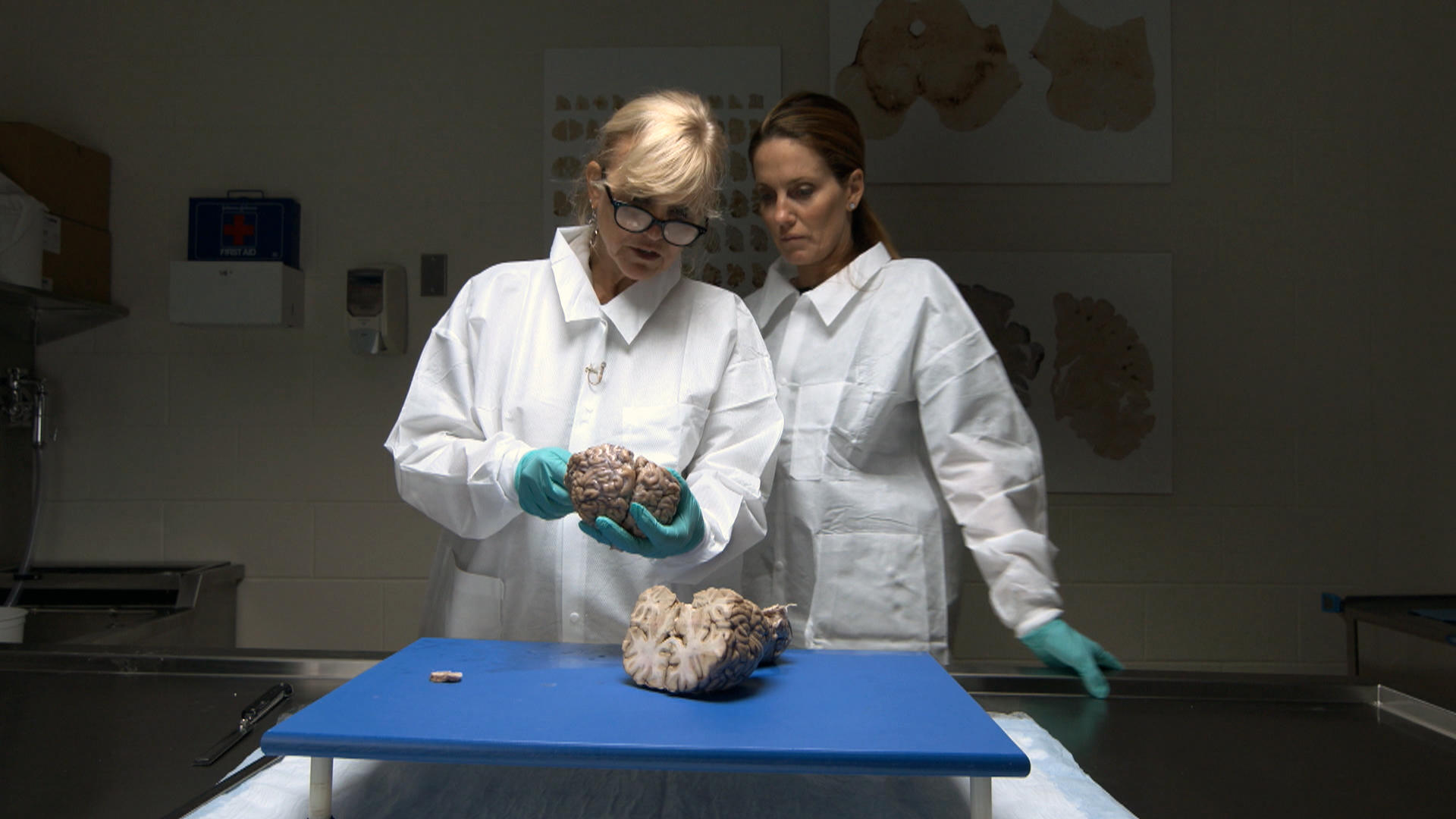 They did not lose limbs, but many veterans exposed to blasts in combat will eventually lose their minds. Just like athletes who endured repeated blows to the head, veterans are suffering from the same degenerative brain disease. Sharyn Alfonsi reports on chronic traumatic encephalopathy and its impact on combat veterans on the next edition of 60 Minutes, Sunday, Jan. 7  at 7:00 p.m., ET/PT.

"Nobody ever said he could lose his mind."

As America's enemies continue to make roadside bombs or improvised explosive devices a central battlefield tactic, more combat veterans are expected to come home like Sgt. Kevin Ash. "His whole personality changed… he had just become hardened… He was having blackouts… it frightened him," says Ash's mother, Joy Kieffer. Ash had been exposed to 12 combat blasts, many of them roadside bombs, over three deployments in the Army Reserves.

Despite medication and therapy, he slowly lost his ability to talk, walk and feed himself. "The thing I didn't know was that his brain was continuing to die," she says.  Kiefer notes the irony of her son's situation, who had warned her he might come home missing limbs, or be blind or die on the battlefield. "Nobody ever said he could lose his mind," she says.

Boston University has been studying CTE for many years, running a leading edge program that recently found the disease in 110 of 111 brains of deceased NFL players. The Boston VA has teamed up with BU in a program focusing on vets. Ash directed that his brain be donated to the VA-Boston University-Concussion Legacy Brain Bank for study. The program's neuropathologist Dr. Ann McKee found CTE, which so far can only be confirmed by brain autopsies, in the brains of 65 percent of the brains she has seen of deceased veterans exposed to combat blasts.

Dr. McKee explains how a blast wave can damage the brain the same as a physical blow. "This blast injury creates a tremendous… ricochet or whiplash injury to the brain inside the skull." The effects on the brain are not readily seen on images, she says, "This has been what everyone calls an invisible injury."

Dr. Sam Gandy, of Mount Sinai Hospital in New York City, is hoping to change that. He is using new technology to find the markers of CTE in the living in order to inform those who may have the disease and help find a way to stop its deadly progress. These images will be crucial in his work with drug companies to find a treatment.  "That's step one," he tells Alfonsi, "Just to stop it dead in its tracks. And then we can worry about making people feel better."

Veteran Tom Bates, an Army Sergeant exposed to four blasts in Afghanistan and Iraq is experiencing symptoms similar to Ash's. Working with Dr. Gandy, he has learned his brain has the markers for CTE. He hopes Gandy and others can eventually help prevent his symptoms from getting worse. Right now, he realizes the war on CTE has just begun. "My hope is that this study becomes more prominent… so that we can actually get a reflection of what population actually have this."