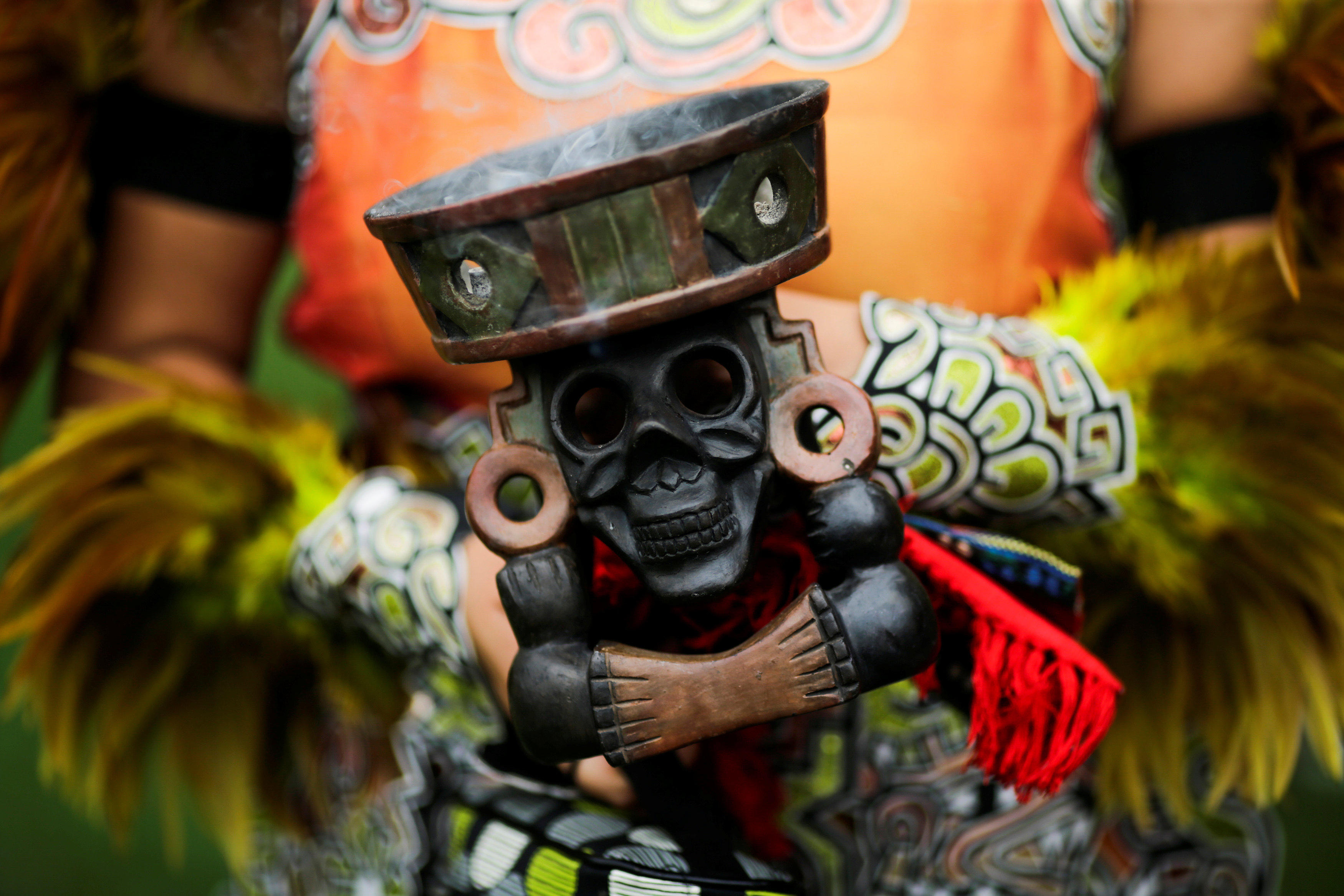 NEW YORK -- Is it time to say arrivederci to Christopher Columbus?

A movement to abolish Columbus Day and replace it with Indigenous Peoples Day has gained momentum in some parts of the U.S., with Los Angeles in August becoming the biggest city yet to decide to stop honoring the Italian explorer and instead recognize victims of colonialism.

But the gesture to recognize indigenous people rather than the man who opened the Americas to European domination also has prompted howls of outrage from some Italian-Americans, who say eliminating their festival of ethnic pride is culturally insensitive, too.

It's not about taking anything away from Italian-Americans, said Cliff Matias, cultural director of the Redhawk Native American Arts Council, which is hosting a Re-Thinking Columbus Day event Sunday and Monday in New York.

"The conversation is Columbus," he said. "If they're going to celebrate Columbus, we need to celebrate the fact that we survived Columbus."

The debate over Columbus' historical legacy is an old one, but it became emotionally charged after a similar debate in the South over monuments to Confederate generals flared into deadly violence in August at a rally in Charlottesville, Virginia.

In Akron, Ohio, a September vote over whether to dump Columbus opened a racial rift on the city council that was so heated conflict mediators were brought in to sooth tensions.

In New York, where 35,000 people are expected to march in Monday's Columbus Day parade, vandals last month doused the hands of a Christopher Columbus statue in blood-red paint and scrawled the words "hate will not be tolerated." Activists calling for the city to change the parade's name also are expected to hold a demonstration.

On Sunday, three demonstrators briefly interrupted a wreath-laying ceremony at the Columbus statue in Columbus Circle. The protesters, two dressed in fake chains and one wearing a hooded white sheet, spoke out before being escorted away. Police said one person was arrested.

Mayor Bill de Blasio, a Democrat, appointed a committee to evaluate whether monuments to certain historical figures should be removed, prompting a backlash from fellow Italian-Americans who vowed to defend the Columbus statue, which has stood over Columbus Circle for more than a century.

Many Italians who migrated to the U.S. initially had a rough time. In 1891, 11 Italians were lynched in New Orleans by a mob that held them responsible for the death of a police official.

At the end of the 1800s, Italians began to link themselves more with Columbus. Italian-American businessman and newspaper owner Generoso Pope was among those who worked to get Columbus Day recognized as a federal holiday in 1937.

"It was one of the things that would allow them to become Americans symbolically," said Fred Gardaphe, a professor of Italian-American studies at Queens College.

Indigenous Peoples Day began to gel as an idea before the 500th anniversary of Columbus' first voyage to the Americas.

South Dakota began celebrating Native American Day on the second Monday of October in 1990. Berkeley, California, got rid of Columbus Day in favor of Indigenous Peoples Day in 1992.

Many places that have adopted Indigenous Peoples Day since then, including Alaska, have sizable Native American populations.

In Akron, a city with few Native Americans and a large Italian-American community, an attempt to rename Columbus Day as Indigenous Peoples Day on Sept. 11 split the all-Democrat city council along racial lines. Five black members voted to rename the holiday, and eight white members voted against it, following a debate that devolved into shouting.

"The first voyage of Columbus to the Americas initiated the trans-Atlantic slave trade. It would lead to the kidnapping, deaths and slavery of tens of millions of African people," said Councilman Russel Neal, who is black.

But Councilman Jeff Fusco, who is Italian-American, said, "It's a celebration of Italian heritage. It's very similar to other days throughout the year that we celebrate for many other cultures."

States and municipalities aren't legally bound to recognize federal holidays, though most do. Columbus Day is already one of the most inconsistently celebrated. Places that choose to replace it with Indigenous Peoples Day may give their own workers or schoolchildren a day off, teach in schools about Native Americans instead of Columbus, issue proclamations or mark it in other ways.

There is no question that Columbus' arrival in the New World under the sponsorship of Spain was bad for the indigenous people of Hispaniola, the island he colonized that is now split between Haiti and the Dominican Republic.

Many of the native people of the island were forced into servitude. Multitudes died of disease. Spain repopulated the workforce with African slaves.

Columbus is celebrated in Latin America, too. A massive monument to the explorer, the Columbus Lighthouse, opened in 1992 in Santo Domingo, in the Dominican Republic. Puerto Rico commemorates Discovery Day on Nov. 19, marking the day Columbus landed there.

Ralph Arellanes, chairman of the activist group Hispano Round Table of New Mexico, said that as a Hispanic he supports Columbus Day.

"It was the marriage of two peoples creating a new people, in a new land," he said.

Though Columbus "wasn't a saint," he said, he believes Anglo-Americans like President Andrew Jackson should be held more responsible than the Spanish for the hardships Native Americans faced.

Arellanes also said he doesn't understand why Italians claim Columbus for themselves when Columbus was sailing for Spain.