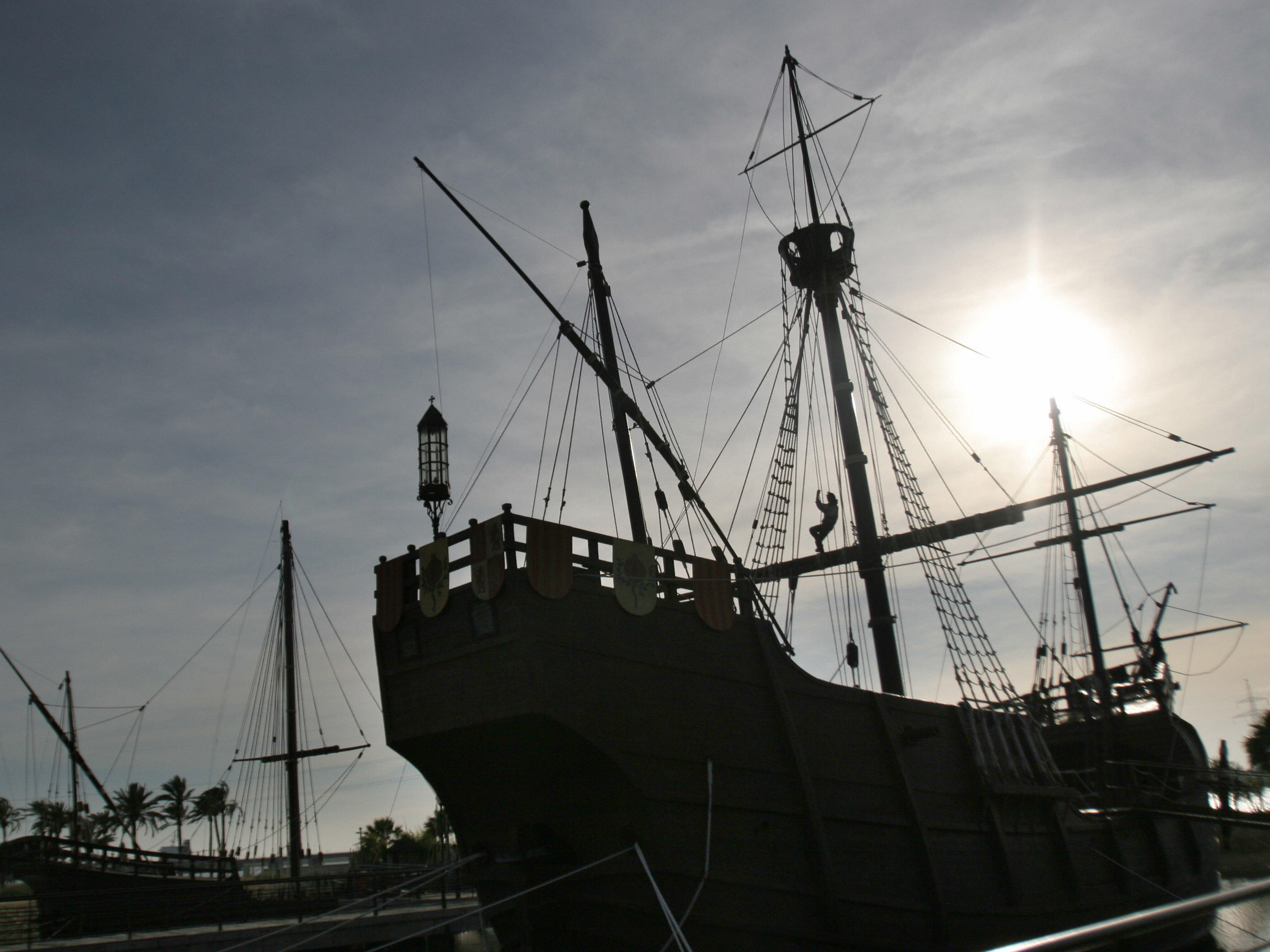 It was a daring - and dangerous - expedition that changed world history forever. What we now refer to as the Age of Exploration had started earlier in the 15th Century with the Portuguese reaching the Indian Ocean by tracing the coast of Africa. But the Spanish, who wanted to find an alternate route, backed a plan by Christopher Columbus to reach ports in southern and eastern Asia by sailing west.

On Aug. 3, 1492, Columbus, flying under the Spanish flag, set out from Palos de la Frontera , Spain with three ships on what arguably may be the most famous sea crossing ever. Five weeks later, Columbus sighted land, which he called San Salvador (the present-day Bahamas.) It was the first of four trans-Atlantic journeys Columbus would make, an opening that later would unleash a scramble among rival European states to establish colonies and tap the wealth of the "New World."