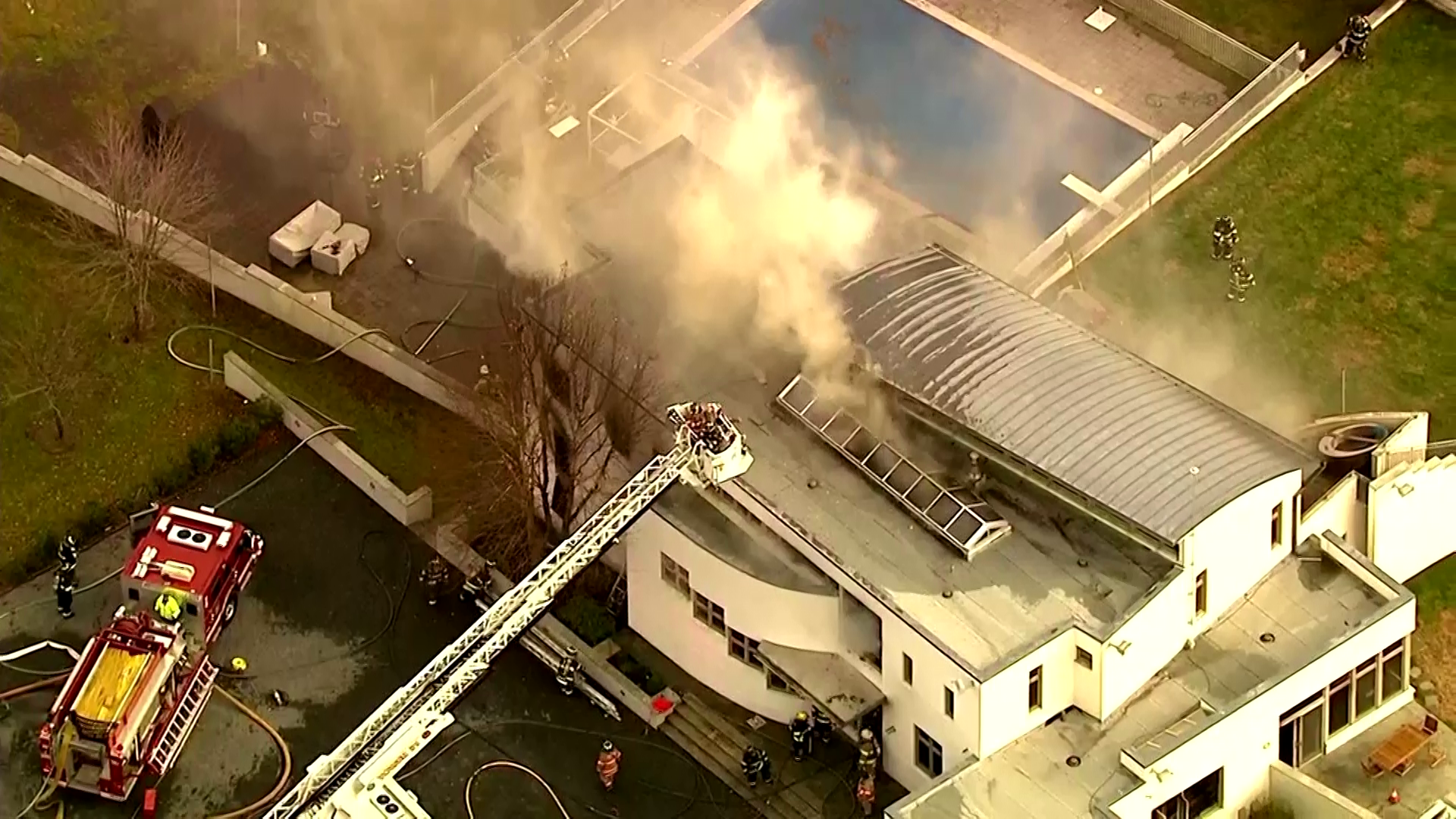 Police are investigating the mysterious circumstances surrounding a possible quadruple homicide of a family at a New Jersey mansion. A massive fire broke out Tuesday at a property in the wealthy suburb of Colts Neck where authorities found four bodies. Authorities have not released the victims' names, but records show the mansion was owned by a tech industry CEO.

The Monmouth County prosecutor confirms two children and two adults were found dead here Tuesday. The prosecutor isn't saying what caused their deaths, but he did say the suspicious fire at this mansion is being investigated as possible arson.

Property records show the mansion, built in 2003, is owned by Keith Caneiro and his wife, Jennifer. Records show they paid off a more than $1.8 million mortgage on the home two years ago.

"One body that was found out front of the home, the other three were recovered from inside the home," said Monmouth County prosecutor Chris Gramiccioni.

A source told NJ.com it was Caneiro's body found outside the mansion on the front lawn. The 50-year-old allegedly suffered a gunshot wound "that did not appear to be self-inflicted." A source told NJ.com the badly burned bodies found inside the home were Jennifer, and the couple's two young children.

"We have no reason to believe that the community is in any danger at this point in time," Gramiccioni said.

According to his online profiles, Caneiro is a graduate of Columbia University and the CEO of the tech company, Square One. He also operates a pest control company and is a realtor.

"Very nice, very friendly, anybody that you'd want to be living next door to basically," one of their neighbors said.

Earlier Tuesday, there was a fire at another home in Ocean Township about 10 miles from the Colts Neck mansion. No one was hurt. Property records show the home is owned by Paul Caneiro, who NJ.com reports is Keith's brother.

"Is it related to the one that's ongoing right now? That remains to be seen but that is an option or angle we continue to pursue," Gramiccioni said.

According to NJ.com, Paul Caneiro was on the scene of the fire at his home Tuesday and visibly distraught. CBS News tried unsuccessfully to reach him and also reached out to the prosecutor's office for comment but did not immediately hear back.