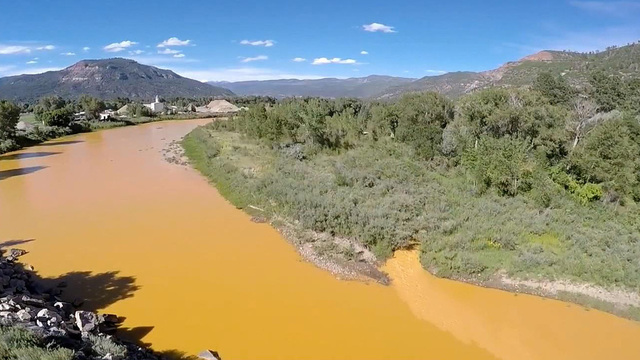 Last week's mine waste spill in southwestern Colorado was not expected by the mine's owner, CBS Denver reports.

Hennis said the water did not originate with the Gold King but seeped into it from an adjacent mine, the Sunnyside. Its owners deny any responsibility.

Hennis said the EPA forced him to allow access to his mine four years ago. He did not want to give the EPA access to investigate the leakage from his mine but said he was fined daily.

The EPA's work to investigate the discharge from the mine was not completed last year, so Hennis said they plugged it up, and when they reopened it last week millions of gallons came gushing out. He couldn't believe it.

New results from the EPA give an idea of just how many toxic chemicals were released.

Testing from the river hours after the spill shows the amount of lead in the water was more than 3,500 times the limit that is safe for humans. The arsenic levels were 823 times above the limit. And cadmium levels were 33 times higher.

Hennis is coming forward to say this could have been avoided.

"I had initial hesitation on going public with this with visions of mobs and pitchforks and torches," Hennis said.

But now he is grateful that the EPA has taken full responsibility for this environmental nightmare.