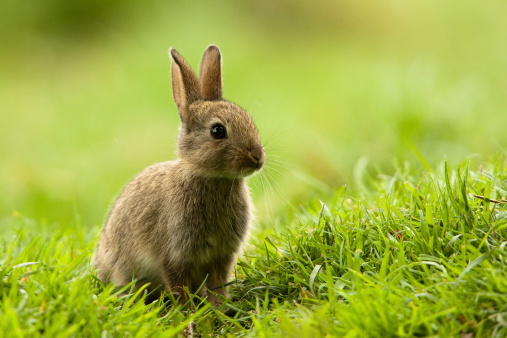 Health officials in Jefferson County, Colorado, are warning people to stay away from sick or dead rabbits because the animals may have a disease called "rabbit fever" that can also infect humans.

Rabbit fever, or tularemia, is a disease commonly found in rabbits, beavers and rodents, and it can be life-threatening in humans. However, if certain precautions are taken, the chances of contracting it are relatively low.

CBS Denver reports that this year health officials have issued a warning about the disease, which can be spread if people handle infected animals or if they get bitten by a tick or flea that carries the bacteria.

"We had a rabbit from the southern part of the county near the town of Bow Mar that tested positive for tularemia," Dave Volkel, an environmental health specialist with Jefferson County Public Health, told CBS Denver.

Volkel has been looking for dead rabbits in the area to test them for the disease in a lab. When he finds one, he bags it and puts it in his cooler.

"I've got some ice that will keep it from going bad," he said.

Volkel wants to see if the rabbits are dying from tularemia, which he says is common in animals.

"We get cases in animals almost every year," Volkel said.

Tularemia outbreaks in humans have been documented in the U.S. before, although there are typically only about 100 to 150 cases per year nationwide. There were two outbreaks of the disease on the Massachusetts island of Martha's Vineyard, one in 1978 another one in 2000. Both of them occurred in the summer and each of them involved 15 patients, according to reports published in the New England Journal of Medicine.

Most tularemia cases can be treated successfully with antibiotics, the CDC reports.

Symptoms of the disease include high fever, swollen lymph nodes and a sore at the site where bacteria entered the body.

Volkel says "rabbit fever" can be prevented by avoiding exposure. He recommends using an insect repellent against ticks and fleas, an avoiding contact with wild animals, no matter how cute they may look.