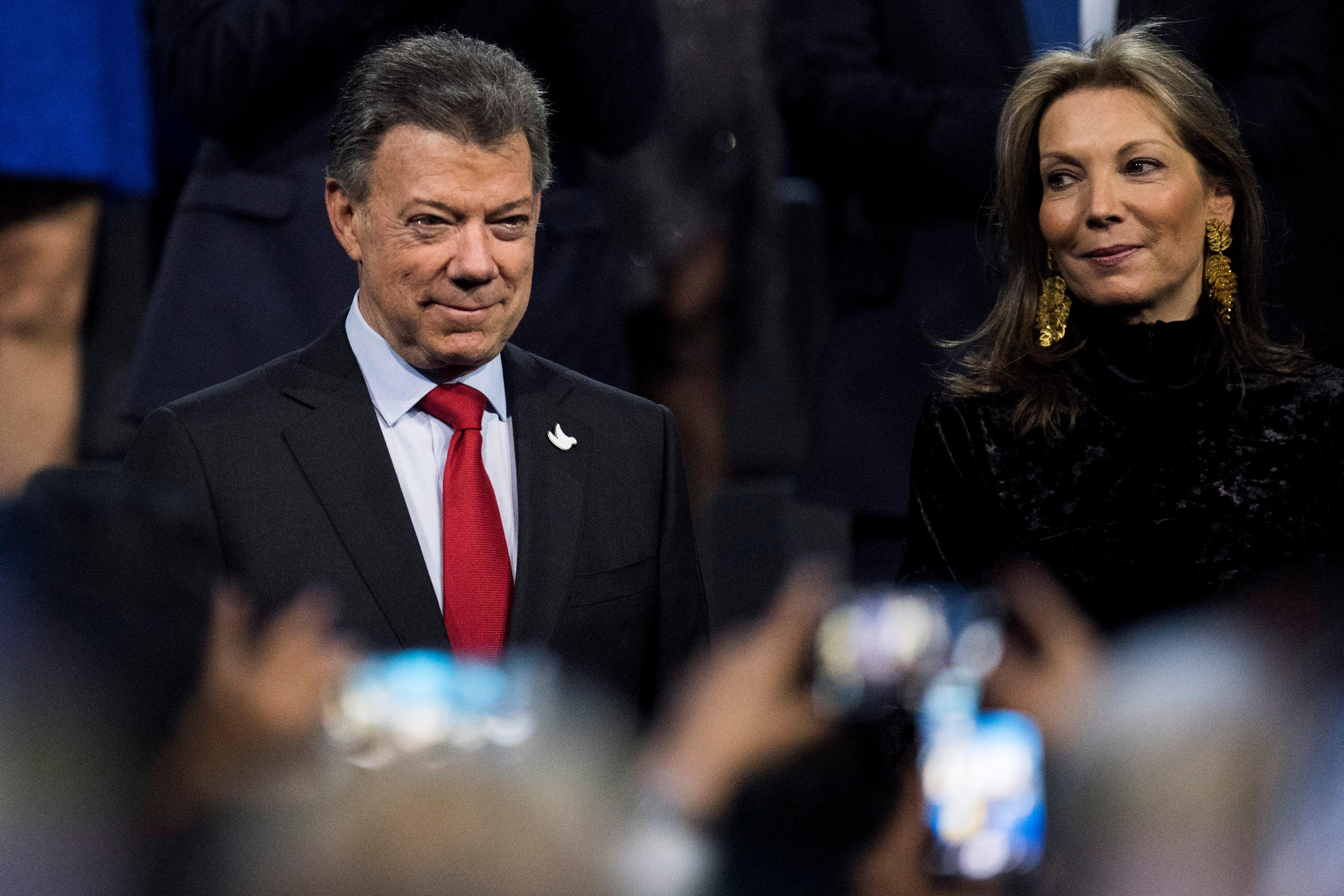 STOCKHOLM -- Colombian President Juan Manuel Santos used the Nobel podium in Norway on Saturday to reiterate his call to “rethink” the war on drugs, “where Colombia has been the country that has paid the highest cost in deaths and sacrifices.”

“It makes no sense to imprison a peasant who grows marijuana, when nowadays, for example, its cultivation and use are legal in eight states of the United States,” he said.

Santos has argued that the decades-old U.S.-promoted war on drugs has produced enormous violence and environmental damage in nations that supply cocaine, and needs to be supplanted by a global focus on easing laws prohibiting consumption of illegal narcotics.

His remarks reflected views he’s held as far back as at least 2012, when he discussed his ideas for new approaches in the drug war in a Guardian interview. He said he would gladly participate in the drug debate, and that he wouldn’t be against legalizing drugs if the world viewed it as a solution.

In April this year he said: “the time has come for the world to transit into a different approach in its drug policy.”

“This is not a call for legalisation of drugs,” he wrote in The Guardian. “It is a call for recognition that between total war and legalisation there exists a broad range of options worth exploring if we want to take better care of drug consumers, protect our youth from drug abuse, collaborate to continue combating organised crime and provide alternative economic means to illegal crop farmers and vulnerable communities.”

On Saturday, a smiling Santos received his Nobel diploma and gold medal at a ceremony in Oslo for his efforts to end a half-century-long conflict that has killed 220,000 people and displaced 8 million.

“Ladies and gentlemen, there is one less war in the world, and it is the war in Colombia,” the 65-year-old head of state said, referring to the historic peace deal this year with leftist rebels from the Revolutionary Armed Forces of Colombia, or FARC.

Just a few years ago, imagining the end of the bloodshed in Colombia “seemed an impossible dream, and for good reason,” Santos said, noting that very few Colombians could even remember their country at peace.

The initial peace deal was narrowly rejected by Colombian voters in a shock referendum result just days before the Nobel Peace Prize announcement in October.

“The peace process was in danger of collapsing and needed all the international support it could get,” she said in her presentation speech.

A revised deal was approved by Colombia’s Congress last week.

Several victims of the conflict attended the prize ceremony, including Ingrid Betancourt, who was held hostage by FARC for six years, and Leyner Palacios, who lost 32 relatives including his parents and three brothers in a FARC mortar attack.

“The FARC has asked for forgiveness for this atrocity, and Leyner, who is now a community leader, has forgiven them,” the president said. Palacios stood up to applause from the crowd.

FARC leaders, who cannot travel because they face international arrest warrants by the U.S., were not in Oslo. A Spanish lawyer who served as a chief negotiator for FARC represented the rebel group at the ceremony.

Colombians have reacted to Santos’ prize with muted emotion amid deep divisions over the peace deal. The vast majority didn’t bother to vote in October’s referendum. For many Colombians in big cities, Santos’ overriding focus on ending a conflict that had been winding down for years has diverted attention from pressing economic concerns.

Santos’ speech made a reference to fellow Nobel laureate Bob Dylan, this year’s surprise winner of the literature award, by citing the lyrics of one of his most famous songs, “Blowin’ in the Wind.”

The other Nobel Prizes were presented at a separate ceremony in Stockholm to the laureates in medicine, chemistry, physics and economics. Dylan wasn’t there -- he declined the invitation, citing other commitments.