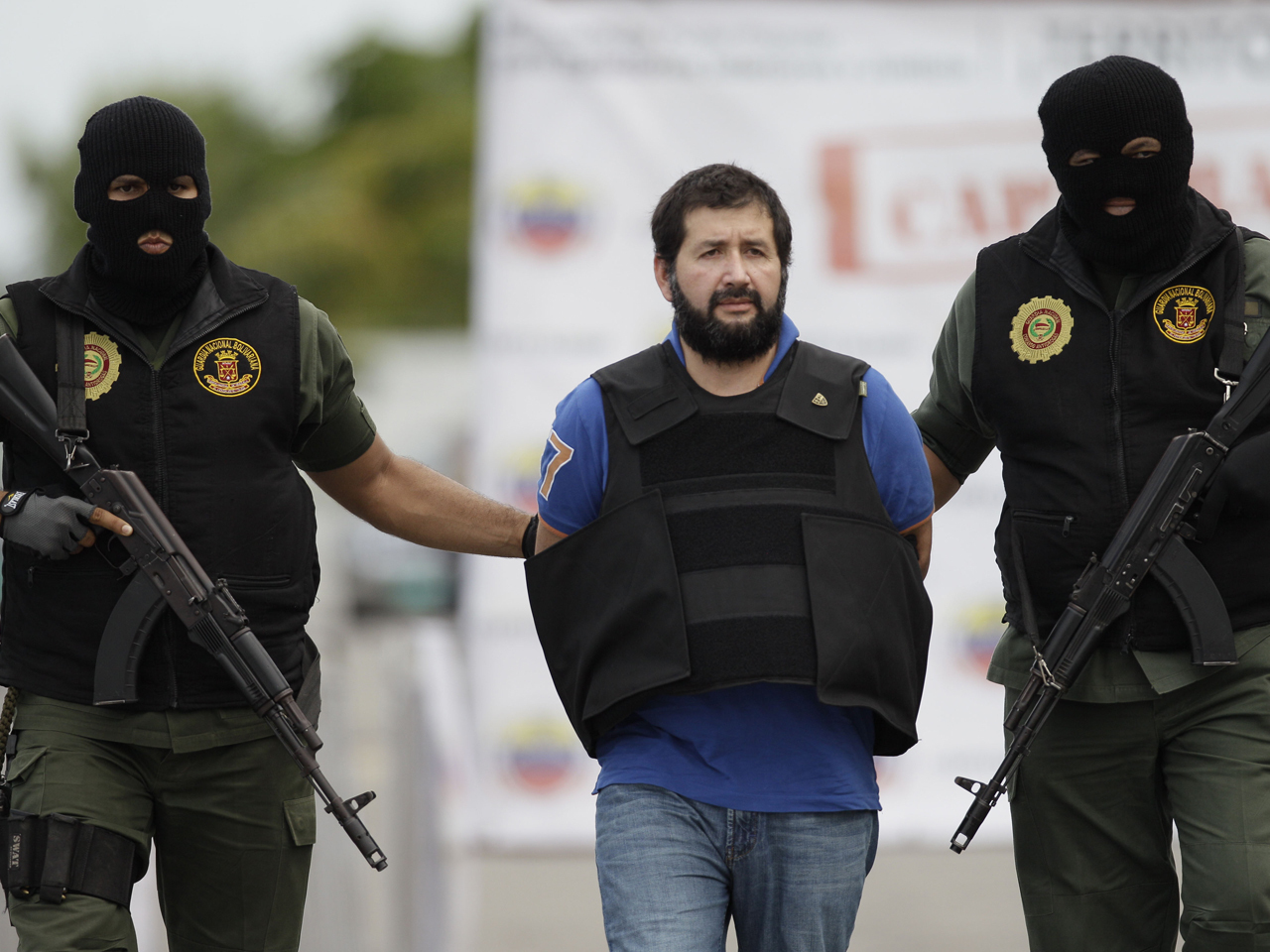 National Police Director Jose Roberto Leon says Tuesday's extradition shows other criminals they'd be best off to turn themselves in.

He was arrested last September in Venezuela, which shipped him back to Colombia. Officials say he had several cosmetic surgeries and tried to burn off his fingerprints with acid to mask his identity.