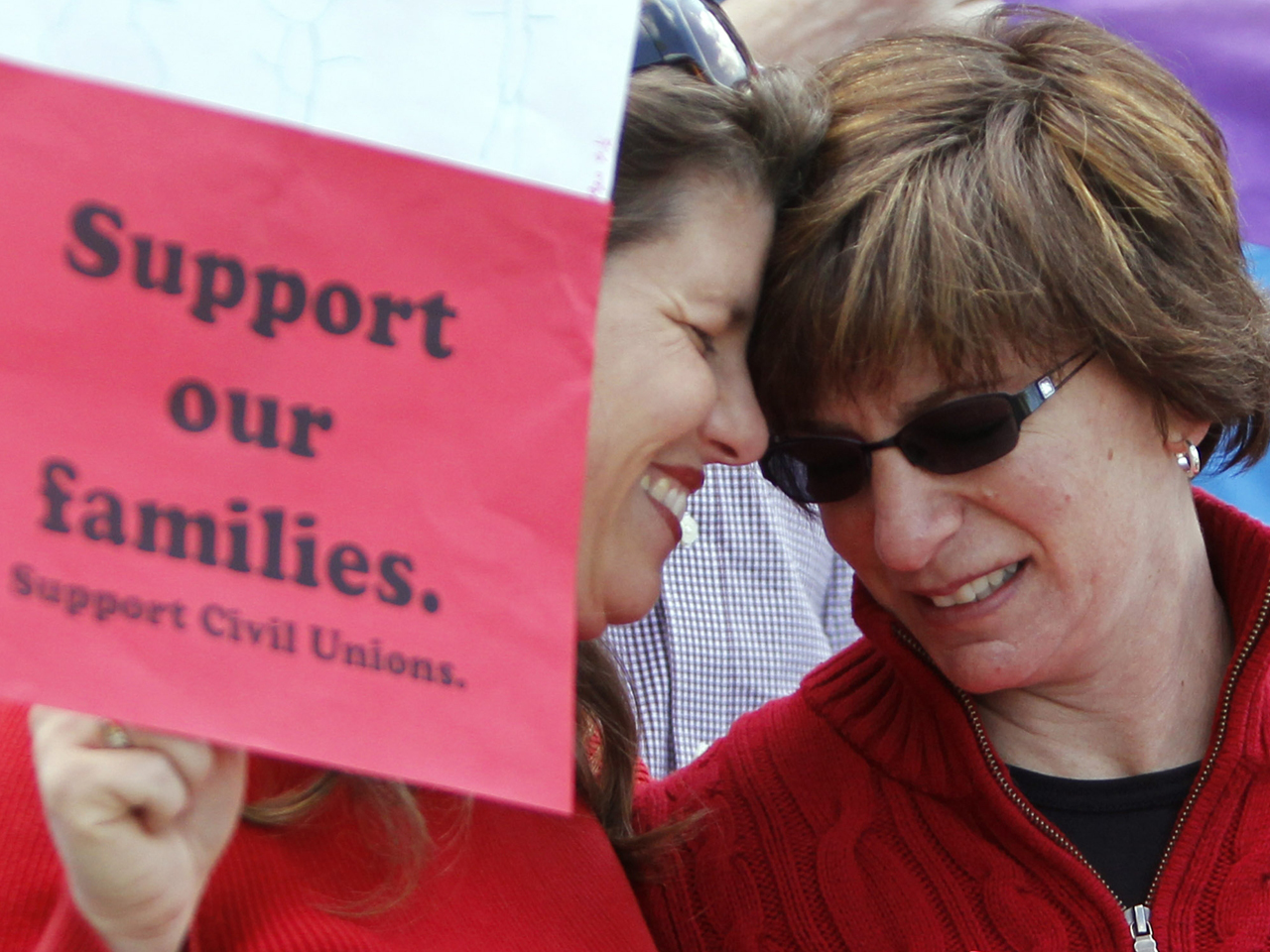 DENVERCivil unions for gay couples was a rallying cry for Democrats who took control of the Colorado House in last year's elections and vowed an early vote on the proposal. They kept their promise Tuesday, passing a bill that now goes to the governor's desk, where it's expected to be signed.

The vote punctuates a dramatic political shift in Colorado, where voters approved a gay-marriage ban seven years ago — meaning civil unions are the only option for gay couples in the state for now. That could change with a U.S. Supreme Court ruling on gay marriage bans in the coming months.

"We really do stand on the edge of history," said Democratic Rep. Pete Lee. "For some in this chamber, this is the reason why we are here."

Applause erupted as the bill won final passage Tuesday on a 39-26 House vote, with two Republicans joining all Democrats to approve it.

Democratic Gov. John Hickenlooper has said he plans to sign civil unions into law. It's not clear yet when that will happen, but the law will take effect May 1.

Once the measure is signed, Colorado will join a dozen other states that have civil unions or similar laws. Six states allow gay marriage.

The bill's approval underscores the changing political climate in a western state that traditionally has had deep conservative roots but has become more moderate over the past decade.

In 1992, Colorado voters approved a ban on municipal anti-discrimination laws to protect gays. Four years later, the U.S. Supreme Court said the law, known as Amendment 2, was unconstitutional, but not before some branded Colorado a "hate state."

Democrats campaigned on civil unions and rallied voter support in November's elections after Republicans last year used their one-vote majority in the House to prevent the measure from being debated.

The proposal has been one of the most emotional and contentious of the last three sessions. Gay couples have urged lawmakers to pass the bill, saying it would grant them legal protections they don't have because they're not allowed to marry.

Democrats had enough votes last year to pass the bill, but Republicans refused to bring it up for debate, killing it and several other bills in the waning hours of the session.

Republicans have argued the bill undermines the institution of marriage and provides no religious exemptions for those opposed to civil unions.

"What I am concerned about is really this hostility, this lack of tolerance towards deeply held religious beliefs," said Republican Rep. Amy Stephens, who was the GOP House leader last year.

Democrats contend that the Republican suggestions to amend the bill would open the door to discrimination.