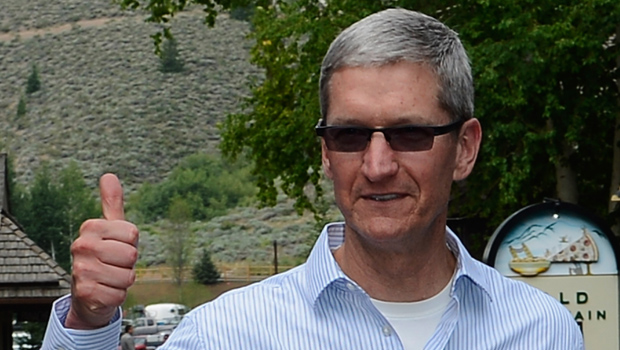 Ever wonder what it's like inside of Apple's headquarters? If you've got the money, now you can buy your way in.

Apple CEO Tim Cook is putting himself on the auction block for charity, and so far, his time is worth about $90,000. Using a website called Charitybuzz.com, Cook has donated a coffee date at Apple's Cupertino, Calif. headquarters. Charitybuzz says the meeting could last anywhere from 30 minutes to 1 hour.

Cook plans to donate the money to the RFK Center for Justice and Human Rights. Other celebrities are putting their time on the auction block to support the organization, including Robert DeNiro, Francis Ford Coppola and Peyton Manning.

The charity site has auctioned off other high-profile meetings, like a tour of the SpaceX Center with its founder Elon Musk and time on set with Oscar-winning director Ben Affleck.

Charitybuzz says it has raised more than $75 million for charity since 2005.