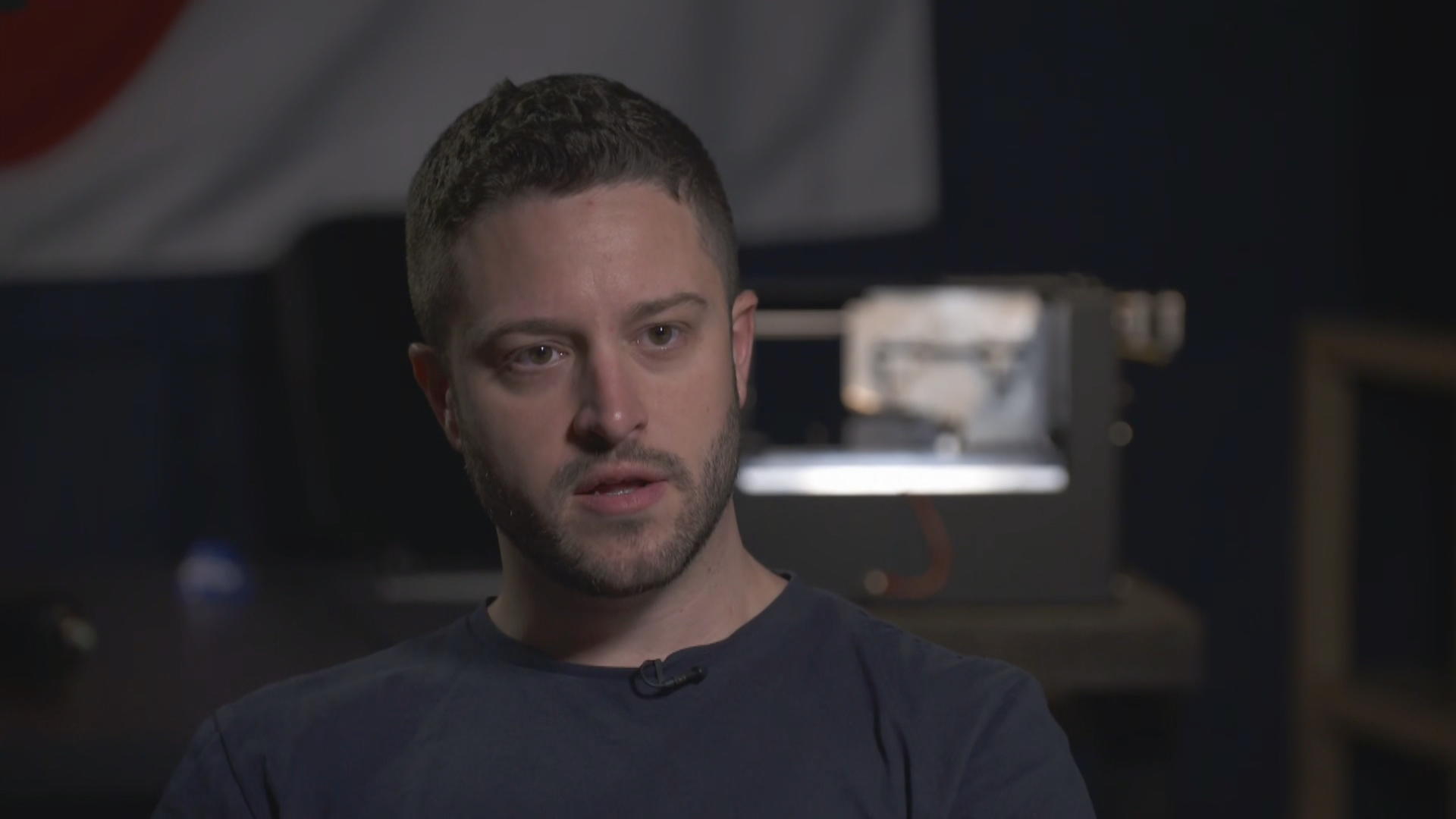 A warrant for the Texas man at the center of a heated national case about the distribution of 3D-printing gun blueprints was issued Wednesday, accusing him of sexually assaulting a juvenile girl, according to an affidavit.

Police say they received a call Aug. 22 from an adult described as a counselor, who said her client, a juvenile, had told her she had sex with a 30-year-old man. The girl, who police say is 16, later identified that man as Cody Wilson, according to the Austin Police affidavit. The girl allegedly said Wilson paid her $500 for sex after they met on the website sugardaddymeet.com.

Police said Wednesday that Wilson is not in custody and that his last known location is Taipei, Taiwan. He frequently travels for business but has missed a scheduled flight back to the U.S., according to Troy Officer of the Austin Police Department's organized crime division.

"We don't know why he went to Taiwan, but we do know before he left he was informed by a friend of the victim that she had spoken to police and police were investigating him for sex with a minor," Officer said.

Officer said that the Austin Police Department was working with national and international law enforcement partners to locate Wilson, but the Criminal Investigation Bureau in Taiwan told CBS News on Thursday it had not yet been contacted by U.S. authorities or Interpol about the case.

Taiwan's National Immigration Agency and Criminal Investigation Bureau on Thursday confirmed to The Associated Press that Wilson arrived in Taiwan earlier in September. Division Director Kan Yen-min was quoted by the official Central News Agency as saying the bureau had yet to receive intelligence from the U.S. regarding Wilson, but would continue seeking more information about the case.

Wilson gained notoriety after attorneys general in 19 states and the District of Columbia sued to prevent his company, Defense Distributed, from posting blueprints on how to make 3D-printed guns on its website. The lawsuit followed a June settlement reached between the company and the U.S. government, allowing Defense Distributed to make the blueprints public. In 2013, Wilson became the first person to fire a bullet successfully from a home-printed 3D gun.

In an August interview with CBS News, Wilson said he has sold "many hundreds" and "probably in the thousands" of the blueprints.

According to the affidavit, the girl said when she first communicated with Wilson online, he used the screen name "Sanjuro," but identified himself as "Cody Wilson," and "described himself as a 'big deal.'"

The girl said she researched Wilson online and saw recent news reports about him. They later agreed to meet at a cafe parking lot on Aug. 15, she said. In her interview, the girl said Wilson picked her up in a black Ford Edge and drove her to the Archer hotel in Austin. A detective later determined that a black Ford Edge with the vanity plate "B00150T" is registered to Defense Distributed. The detective wrote that hotel valet surveillance video recorded the girl and Wilson exiting that vehicle at 8:35 p.m. on Aug. 15.

The detective wrote that surveillance video showed the girl and Wilson exiting a hotel elevator two minutes later and walking toward a seventh floor guest room that hotel records indicate was paid for by Wilson that night.

The girl said inside the room she and Wilson engaged in intercourse and oral sex, before Wilson paid her in five $100 bills. Hotel surveillance allegedly shows Wilson and the girl returning to the elevator at 9:19 p.m.

In her interview, the girl said Wilson then drove her to a Whataburger restaurant. The detective wrote that surveillance video from the Whataburger shows what appears to be the same black Ford Edge pulling into the parking lot at 10:02 p.m.

A warrant for Wilson's arrest orders him held on $150,000 bond. He was also ordered to surrender his passport. The detective also sought and was granted a warrant to obtain photographic evidence of what he described as a "uniquely identifiable skin condition" on the suspect's upper legs.

If convicted, Wilson could face up to 20 years in prison. Anyone with information related to the investigation is urged to contact 1-512-472-TIPS.