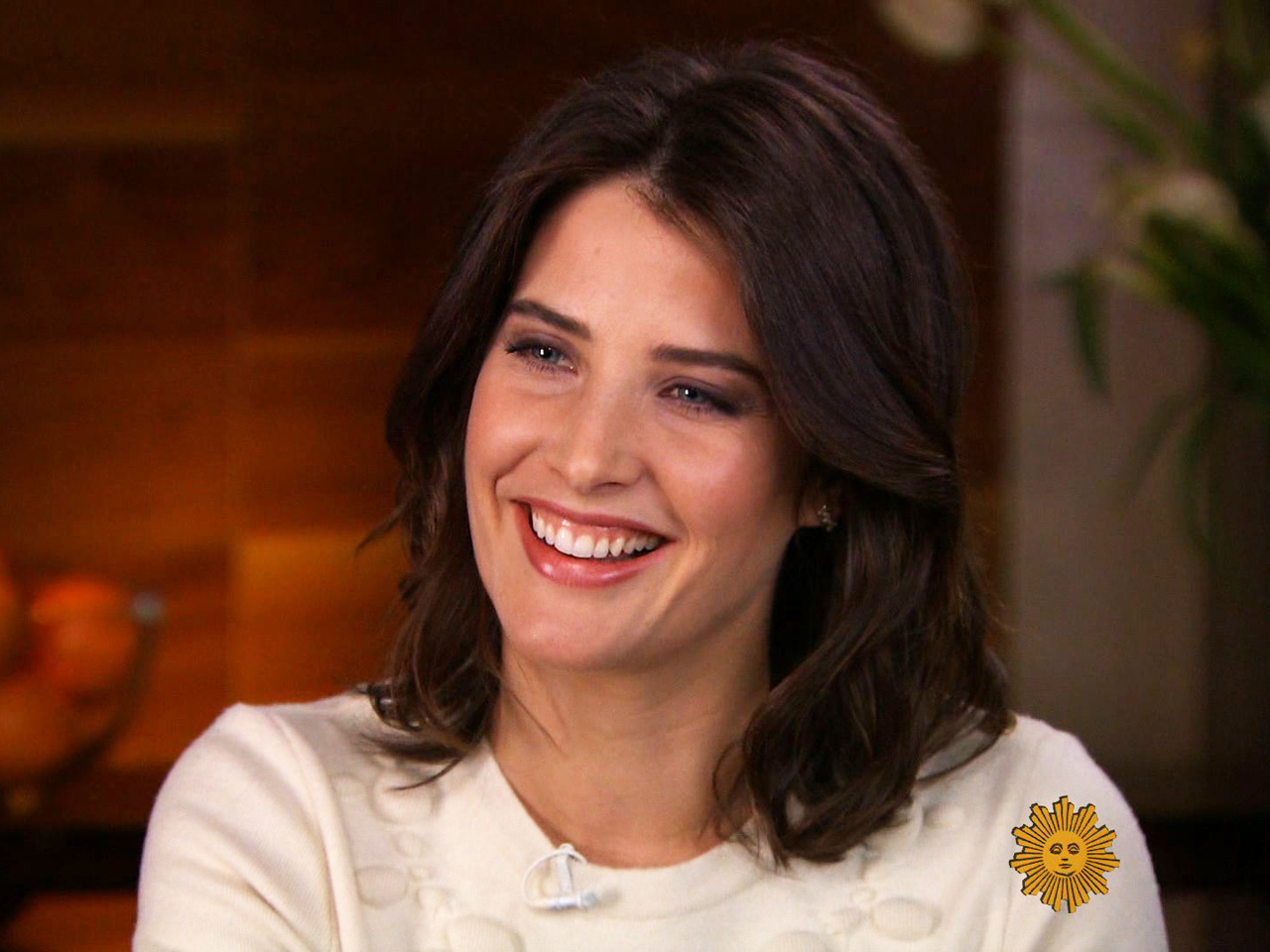 After nine years, the series finale of "How I Met Your Mother" will air tomorrow night. We asked our Anthony Mason to meet Cobie Smulders in person for our Sunday Profile:

The curtain will come down on one of television's longest-running comedies tomorrow, and for Cobie Smulders, it hasn't quite sunk in.

"No, it's still airing," said Smulders. "And I wonder if when it's stopped airing, I will feel like it's over."

She has had, Mason said, something most actors never have: a regular job. "It's true," she replied. "I've landed in this place of just sublime gratitude, truly. Because any time I start to get sad about our show, I think about just how long we have been on the air.

"And now I'm just walking out there into the unknown. And I just start weeping -- I don't know when I'm going to work next!" she laughed.

Not quite true. The same week "Mother" ends, the "Captain America" sequel, "The Winter Soldier," opens. Smulders has a recurring role in the blockbuster Avengers franchise, playing Agent Maria Hill.

"Do you get to do anything wild and crazy in this film?" Mason asked.

"Uhm, I do kill some people," Smulder replied. "Not with my fists or with my body, but with a gun."

"You have a complicated relationship with guns."

"I do," she said. "I quite literally have a bag of bullets in my car. I did all this training when I got 'Avengers,' and I had to really get comfortable with guns, because guns in general make me very uncomfortable, so I had to get comfortable holding them and shooting them."

Hence the bag of bullets.

"I was like, 'I guess I'll just take them home. And they've been in my Prius ever since!"

Smulders, who is married to "Saturday Night Live" regular Taran Killam, grew up in Vancouver, the daughter of an English mother and Dutch father.

After graduating high school, Smulders took up modeling and moved to New York, where she lived in the not-yet-fashionable Meatpacking District.

"You have to understand, I was living with eight other girls," she said.

Was she a good model? Mason asked.

"No," Smulders said. "I think to be a good model, you have to enjoy having your picture taken and I never really did."

But the job took her around the world.

"I did it for about two years. And then I realized how much I didn't like it."

"It sounds like modeling gave you something, though," Mason said. "Confidence?"

"I don't find myself a very confident person, about my looks or my body," Smulders said. "But it did allow me to, you know, walk into a room and just start talking to people. Because so much of that time I was alone. I was alone in another country where I didn't speak the language."

She took that confidence back to Vancouver, where she took up acting.

She was 22 when she landed the role on "How I Met Your Mother."

Early on her character, Robin Scherbatsky, revealed a dark secret -- that she was once "Robin Sparkles" -- a teenage pop star in Canada. Her videos became one of the favorite running gags in the show.

Her husband, Taran Killem, has been an occasional guest star. In last week's episode, they had a brief scene together for the first time: "I kept pitching, like, Robin just grabs him and just makes out with him. But they didn't go for it."

They've been together almost nine years now, and have a four-year-old daughter.

Smulders usually avoids the limelight. But she has used her celebrity to support Oceana, the ocean conservation organization. An avid scuba diver, she once dreamed of being a marine biologist.

Her success has also forced the former model back in front of the camera.

"Now you're effectively selling yourself, you're not selling somebody's clothing," Mason said.

"Why is it hard for you to admit?"

"Well, because I still don't consider myself very interesting," Smulders said. "I still don't really enjoy having my picture taken. But I do it because I know that through that maybe I'll get that little indie film! And I'll be a big enough name that they'll take a chance on me and I'll be able to play that role that I've always wanted to play."

Cobie Smulders has two big roles this week, but she still squirms a little if you call her star:

"Are you comfortable with that idea?" Mason asked.

"No, and I don't really like talking about myself. So I'm surprised we've been talking for so long!" she laughed.