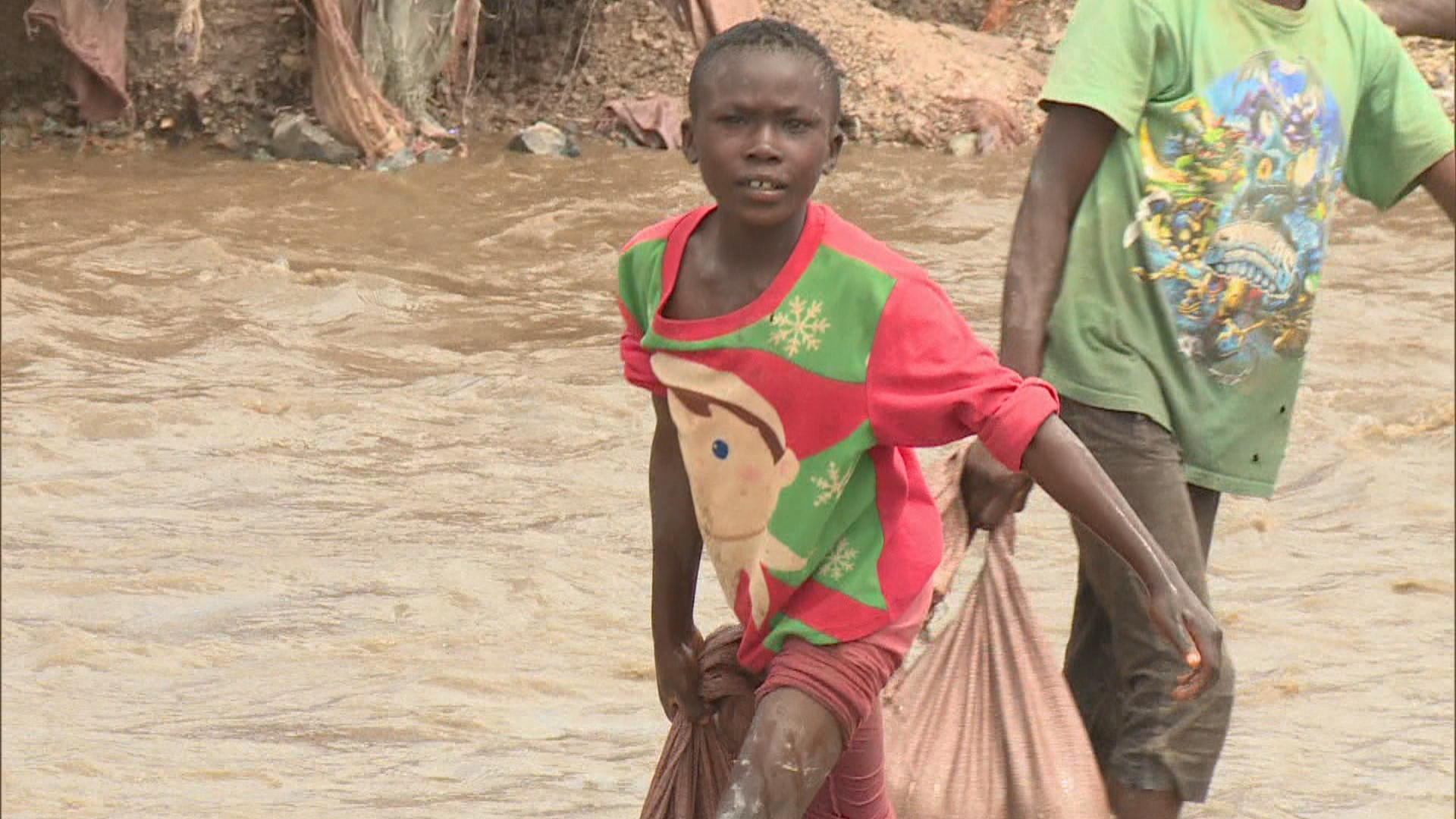 One month ago, a CBS News investigation found there was still child labor being used in the Democratic Republic of Congo (DRC) to mine cobalt. The mineral is essential to batteries in almost all of our electronics. We brought you the story of, Ziki Swaze, one young miner whose only dream was to go to school.

In the weeks after our investigation, we didn't hear from any of the companies about changes to their supply chain, reports CBS News correspondent Debora Patta. We did, however, hear from concerned viewers who wanted to help -- and for Ziki, it was life changing.

We first met the 11-year-old orphan at a mine, where he was hard at work in the blistering heat. Toiling in the mud with a bright red Christmas sweater on, he was hard to miss. He's one of an estimated 40,000 children in the DRC who get paid a pittance to produce the cobalt that powers our electronics.

Every evening Ziki returned home with a dollar or two to provide for his siblings and grandmother.

"I feel very bad because I can see my friends going to school," Zikki told us, "and I am struggling."

Now Ziki wears a uniform and a shiny new backpack. We watched as he got ready to go to school for the very first time.

Around 50 "CBS This Morning" viewers were so moved by Ziki's plight, they connected with Sister Catherine Mutindi, who has helped to save more than 1,000 children from the mines through the Good Shepherd International Foundation. Enough money was raised to send not only Ziki, but also his three siblings, Ruth, Emerson and Simitri, to school.

"I would see the other kids going to school and I would look at them," Ziki said, "but today I feel the happiness they feel and I am now like them."

There were some first-day nerves. He held back tears outside the classroom, but Sister Catherine was there to help.

It wasn't long before Ziki bravely stood up and introduced himself to his new classmates and joined the soccer team.

It might take time for Ziki to stop worrying about his family.

"Studying will help me as well as my brothers and sisters," he said.

"As Ziki has expressed, and as we have seen, he is the breadwinner of the family. So somehow the need for the basic family need have to be met, like food, like clothing," explained Sister Catherine.

The spotlight on Ziki has changed the lives of at least these children and, thanks to Ziki, maybe more.

"If I become a government minister, I would ask all the children who work in the mines to go to school so that they could become like me," Ziki said.

Ziki's new dream is to help other child miners.

Patta says Ziki is such an incredible boy that on his second day of school, he turned up hours early, took off his shirt and cleaned the classroom before the staff arrived. Good Shepherd is now trying to raise enough money to get 500 more children just like Ziki out of the mines, and into classrooms.