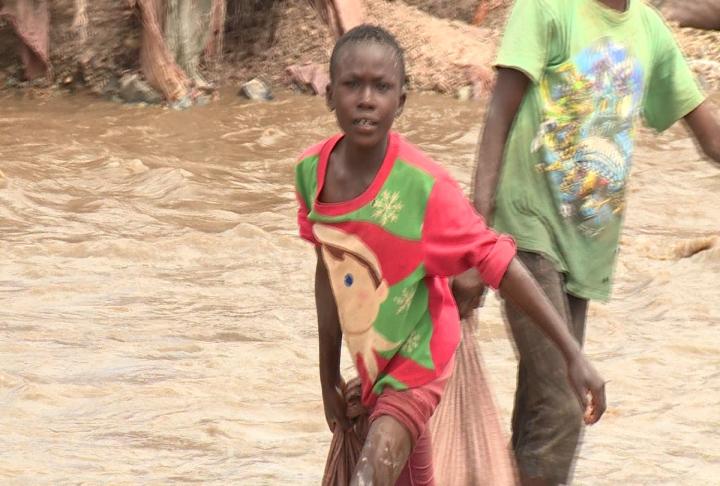 CBS News' investigation of child labor in African cobalt mines revealed the shocking fact that tens of thousands of children are still growing up without a childhood. On Monday we showed you how most of the mineral used to make batteries is unearthed in the Democratic Republic of Congo.

Many top electronic and electric vehicle companies need cobalt to help power their products. We spoke with some of the companies that use cobalt in their lithium-ion batteries. All the companies acknowledged problems with the supply chain, but said they require suppliers to follow responsible sourcing guidelines.

Apple is an industry leader in the fight for responsible sourcing, but it says walking away from the DRC, "would do nothing to improve conditions for the people or the environment."

An estimated two-thirds of children in the region of the DRC that CBS News visited are not in school. They're working in mines instead. What we found when we travelled to the south of the country for this investigation was a complex host of barriers for children; weak economy, corrupt government, but above all, poverty.

CBS News correspondent Debora Patta followed one young boy, Ziki Swaze, home from a mine to understand the challenges he faces as his family's main provider. Ziki has never been to school. He has no idea how to read or write, but he is an expert in washing cobalt.

He is one of an estimated 40,000 children in the DRC getting paid a pittance to produce cobalt. Every evening the 11-year-old returns home with a dollar or two to provide for his family.

"I have to go and work there," he told Patta, "because my grandma has a bad leg and she can't."

It is a common story in the DRC. Kids need to work to survive.

"I feel very bad because I can see my friends going to school," Ziki told us, "and I am struggling."

At a nearby school, CBS News saw children doing what they should be doing. Every one of the pupils was rescued from a mine and entered into the school and the associated support program to help them get a decent education.

It is all thanks to Sister Catherine Mutindi and her colleagues at the Good Shepherd project. They've rescued more than 1,000 children from the mines in the southern DRC.

The kids who manage to get here get a hot meal, and a break from reality.

"It's horrible, and they know that it is very dangerous," Mutinidi said of the conditions for children in the mines. "We have over 100 orphans, total orphans in this school, and they have lost their parents in the mines. Some of the children when they came here, they have gone through accidents, broken limbs, so they know the dangers."

The safe haven is funded by international charities including USAID and, most recently, by a global cobalt supplier, Congo Dongfang Mining (CDM). Their last reported annual earnings were over $100 million. After child-mined cobalt was exposed in their supply chain, CDM donated $71,000 to the Good Shepherd project, and said it had implemented responsible sourcing guidelines.

The children are given academic classes, but they also learn how to be kids again.

"That is where we begin with the children actually, you know, helping them to begin to think about tomorrow. There's a tomorrow, because they think of today," Mutindi told Patta.

But for Ziki, tomorrow has to wait.

When Patta asked him what he thinks about in the moments before he falls asleep at night, he answered, simply, "school." It remains just a dream for him.

While life is tremendously difficult for the children CBS News met at the mines, Sister Catherine told us she's hopeful. Within a year, she sees a transformation in the kids who are rescued. These children may be the future, but first, they have to realize they have one.