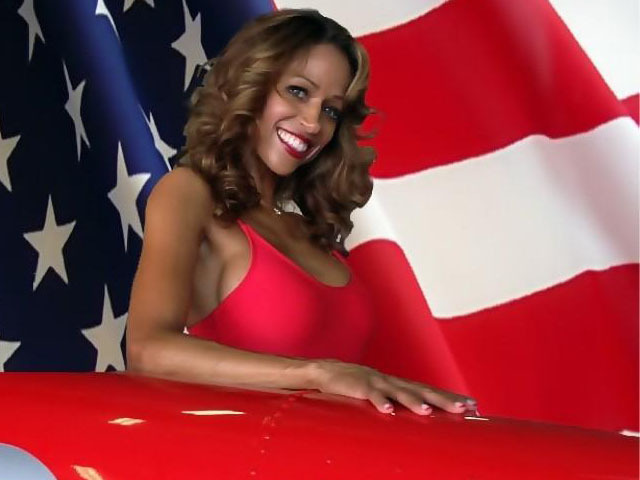 Actress Stacey Dash is at the center of some harsh Twitter backlash after the former "Clueless" co-star tweeted out an endorsement for Republican presidential nominee Mitt Romney.

Dash posted a photo of her in a red swim suit and tweeted the statement below.

According to CBS Los Angeles, Dash immediately began experiencing racially-based hate tweets, attacking the African-American actress for supporting a Republican candidate - the implication being that her race should decide her vote. One person tweeted, "Kill yourself," and re-tweeted Dash's photo.

On Twitter users tweeted, "You're an unemployed black woman endorsing @MittRomney. You're voting against yourself thrice. You poor beautiful idiot."

Dash defended herself and tweeted, "My humble opinion... EVERYONE is entitled to one."

Celebrities and daytime talk show hosts weighed in on the backlash and defended Dash's freedom to have her own opinion and express it freely.

On Wednesday's episode of "The View," Barbara Walters suggested that it would not have happened if she was a white woman, Mediaite reported.

"The feeling is black people should not be voting for Romney," Walters said.

Co-host Whoopi Goldberg disagreed and said, "She's being attacked because she has a different view from other people."

Walters countered and said, "My quiet point is if she were white, this wouldn't have happened. I know you don't feel that way."

Fluke is no stranger to public attacks. She came to national attention when conservative talk radio host Rush Limbaugh made offensive remarks about her character, calling her a "slut" and "prostitute," after she gave a speech to House Democrats in support of a mandate for contraceptive coverage in insurance policies.

Dash appeared on "Piers Morgan Tonight" on Tuesday to defend herself and reaffirm her endorsement for Romney.

"We're all entitled to our own opinion," Dash told Morgan.

When Morgan asked what the backlash says about the state of the political discourse and debate in America, Dash said: "We are not united. You know? We need to be united."