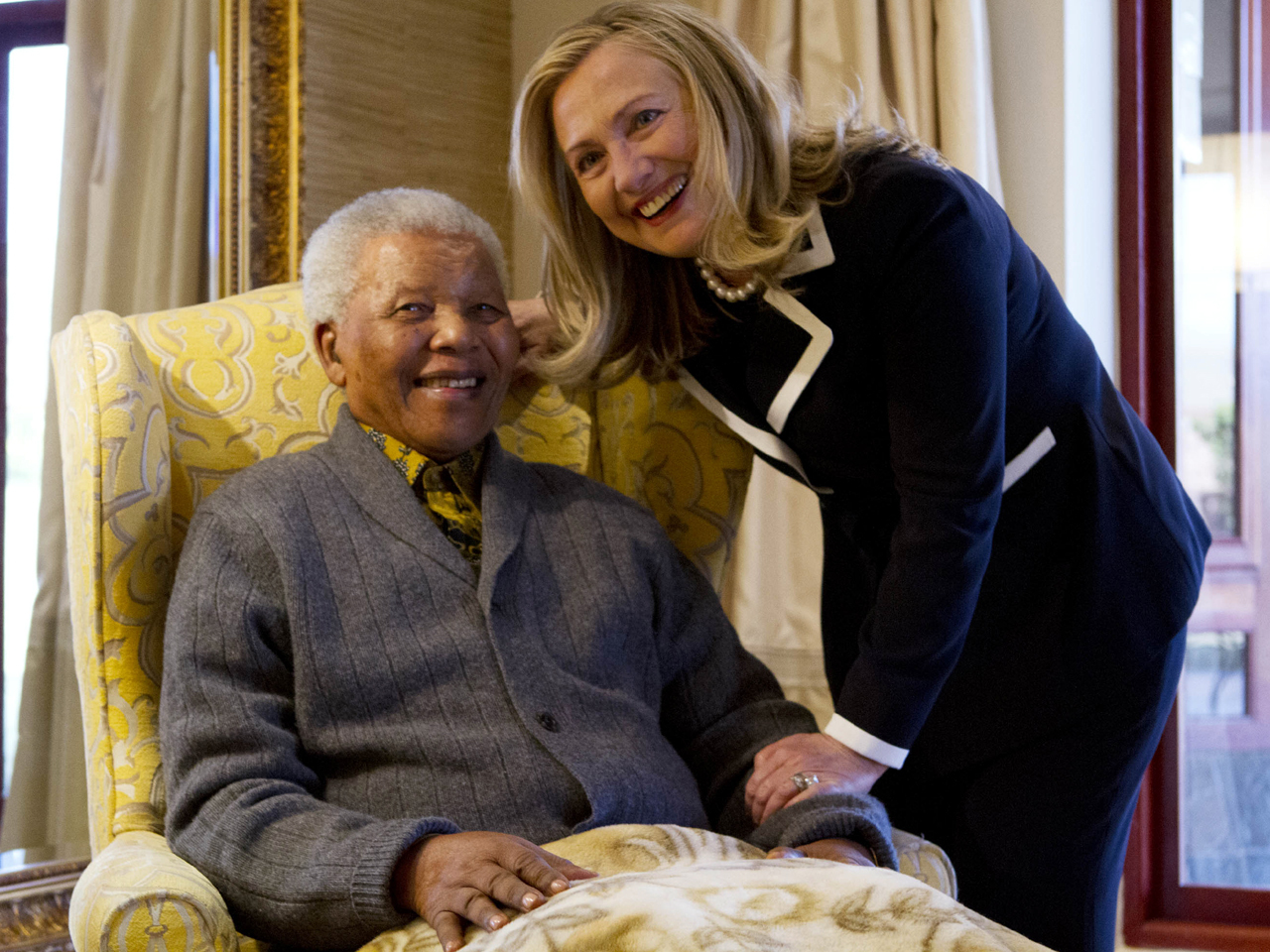 (AP) QUNU, South Africa - U.S. Secretary of State Hillary Rodham Clinton visited with Nelson Mandela at his home on Monday to pay her respects to the aging South African icon.

Clinton and a small group flew to the 94-year-old Mandela's home village of Qunu, where they reminisced and had a small private lunch.

Clinton and Mandela's wife, Graca Machel, talked as photographers snapped pictures and Mandela looked on smiling from his wingback chair.

"Madiba's smile is a trademark," Machel said, affectionately referring to Mandela by his Xhosa clan name.

Afterwards, Clinton, Machel and the others went into the main dining room for lunch. Mandela remained in the living room with his medical attendants.

The former president of South Africa has homes in Johannesburg and Qunu. In recent years, he has spent more and more time in Qunu and in May, it was announced that he would stay there indefinitely.

Mandela, a Nobel peace laureate who spent 27 years in prison for fighting racist white rule, has retired from public life.