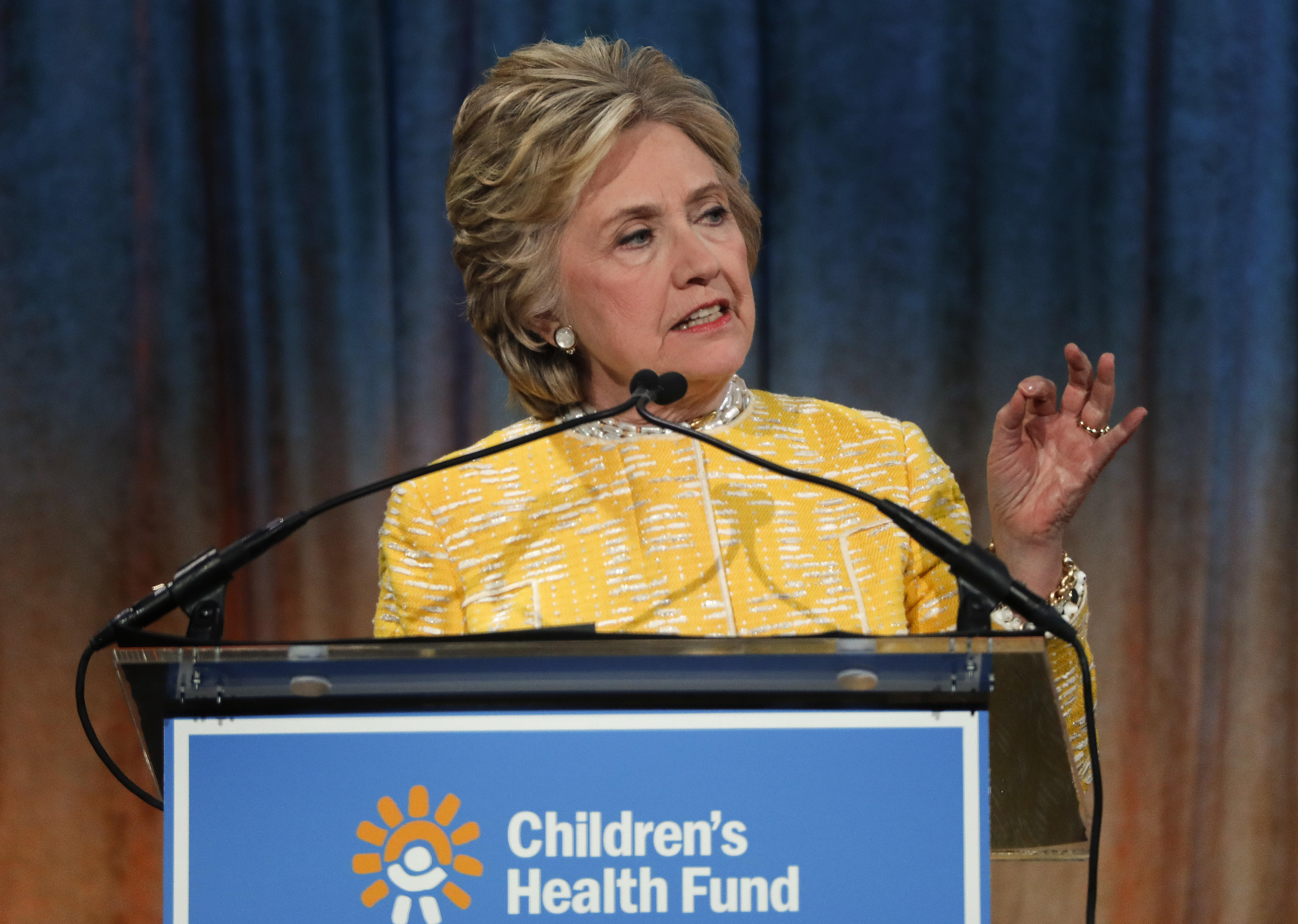 The former Democratic presidential nominee, who recently declared herself part of the resistance against Mr. Trump, lashed out at the Republican president's spending plan in aggressive terms after being honored in New York City by the Children's Health Fund, a nonprofit organization that helps provide health care to poor and homeless children.

"This administration and Republicans in Congress are mounting an onslaught against the needs of children and people with disabilities, women and seniors," Clinton charged.

She said the budget, which was released earlier in the day, "shows an unimaginable level of cruelty and lack of imagination and disdain for the struggles of millions of Americans, including millions of children."

She added, "None of us can remain silent in the face of these attacks."

Mr. Trump's budget calls for a drastic rollback of programs for the poor and disabled along with a robust hike for the military and border security. The plan, which won't become law without Congress' approval, is laced with $3.6 trillion in cuts to domestic agencies, food stamps, Medicaid, highway funding, crop insurance and medical research, among others.

"It hurts the well-being of children," Clinton said. "It's time to send a resounding message that we will not stand for this attack on the most vulnerable among us."

Earlier in the month, Clinton launched a new political organization designed to push back against Mr. Trump's agenda. She said the group would "encourage people to get involved, organize and even run for office."