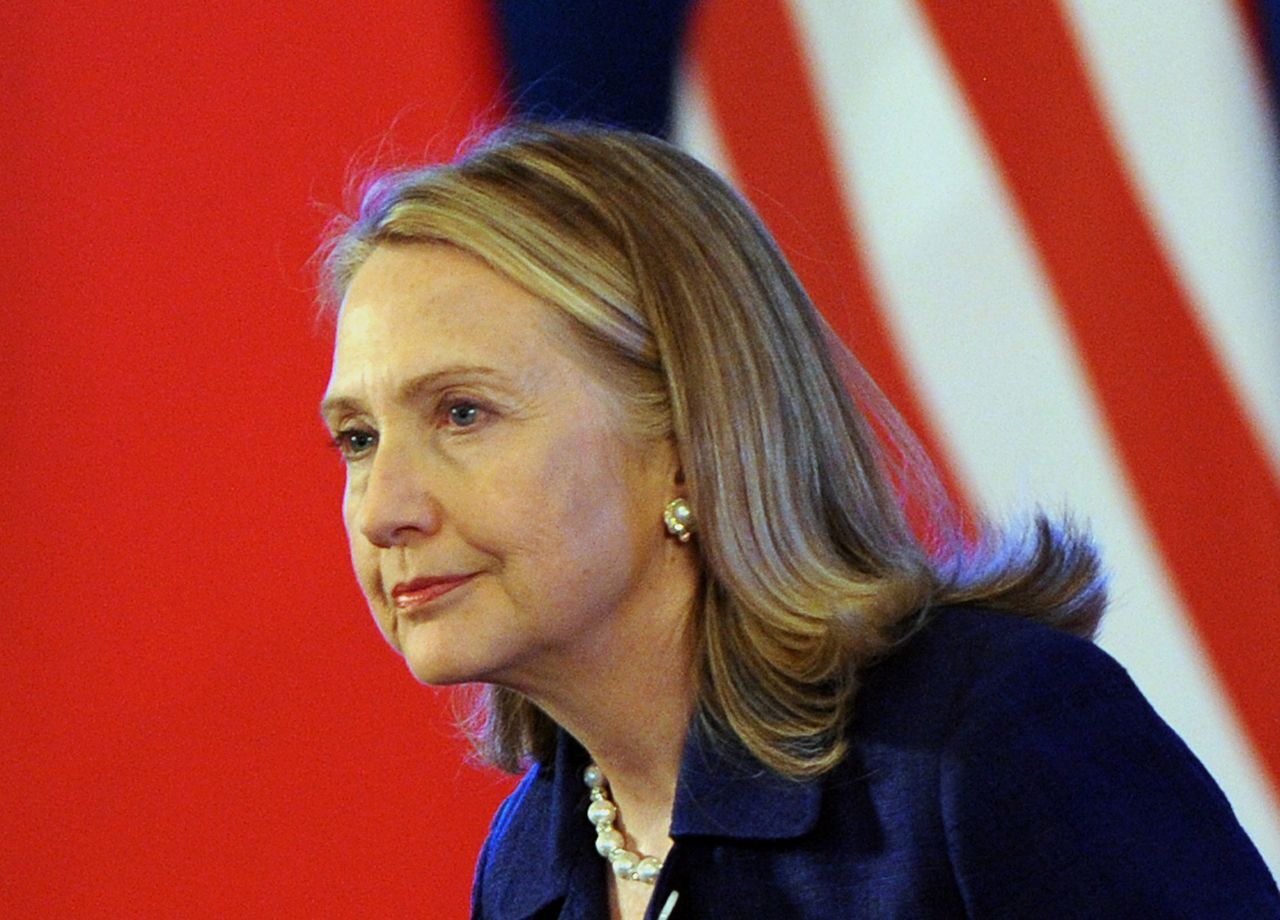 Speaking at a news conference in Beijing, Clinton said she is encouraged by a Chinese government statement that suggested Chen would be allowed to go abroad to study. She says they are working to give Chen the future he wants, and that U.S. Embassy staff was able to meet with him Friday.

Chen, who embroiled the U.S. and China in a diplomatic standoff when he sought refuge in the U.S. Embassy, has said he wants to leave China with his family and his supporters say he would like to study law in the U.S.

"It is a testament to how far we've come to building a resilient relationship and having very candid and open dialogue when we have disagreements," she said. "The U.S. and China have the most consequential relationship of the 21st century - leadership for many years to come. We have to remain engaged and use this platform to pursue mutual respect and benefits that are important to the bilateral relationship, but also for the global relationships as well."

China's top diplomat Dai Bingguo called the talks a "tremendous" success with a candid exchange of views. He said human rights were discussed but there are differences.

"On the issue of human rights, no country can claim to be perfect. China will continue to stay on the right course it has chosen," Dai said.

He repeated China's stance that human rights should not be used as an "excuse to interfere in the internal affairs of countries."

Clinton has urged China to play a responsible role in the world by respecting human rights and helping to deal with challenges posed by Iran and North Korea's nuclear programs and violence in Syria and Sudan and South Sudan.

Clinton specifically implored China to support international efforts to persuade North Korea to end provocative actions, get Iran to prove its nuclear program is peaceful and end fighting in Syria and two Sudans.

"Each of these crises represents a shared challenge to global security, and each provides an opportunity for us to work together more closely to advance our common interests in peace and stability," Clinton said.

China and Russia have balked at adopting tough new U.N. Security Council sanctions against Syrian President Bashar Assad's regime, which is continuing a brutal crackdown on its opponents. But Beijing has gone along with a U.N.-backed truce plan, also accepted by Assad, that calls for a cease-fire, international monitors and a political transition.

"It's critical that the international community — including China and the United States — hold the regime accountable for its commitments," Clinton said in an earlier statement at the talks. "If it continues to refuse, all of us should recognize our responsibility to explore additional steps and resolutions. The credibility of the council is at stake."

On North Korea, she said China, as Pyongyang's main ally, should keep pushing it to return to multination nuclear disarmament talks and step back from provocative acts like its recent rocket launch, which the U.S. and its allies say was a test of long-range missile capability in violation of U.N. resolutions.

"We recognize the role China has played so far, and we hope we can continue to work together to make it clear to North Korea that strength and security will come from prioritizing people, not provocation," she said in her statement.

Ahead of talks with Iran later this month aimed at getting the Islamic republic to come clean about its nuclear intentions, Clinton said China should make clear that Tehran cannot stall its way out of isolation.

"If we ease off the pressure or waver in our resolve, Iran will have less incentive to negotiate in good faith or to take the necessary steps to address the international community's concerns about its nuclear program," she said.

Clinton welcomed China's interest in resolving a conflict between Sudan and the world's newest nation, South Sudan, which have been engaged in hostilities over border and oil disputes in recent months, sparking fears of a full-on war.

"Together we need to keep sending a strong message to the government of Sudan that it must immediately and unconditionally halt all cross-border attacks, particularly its provocative aerial bombardments," she said.

Iran: We can resolve nuclear dispute "quickly and easily"