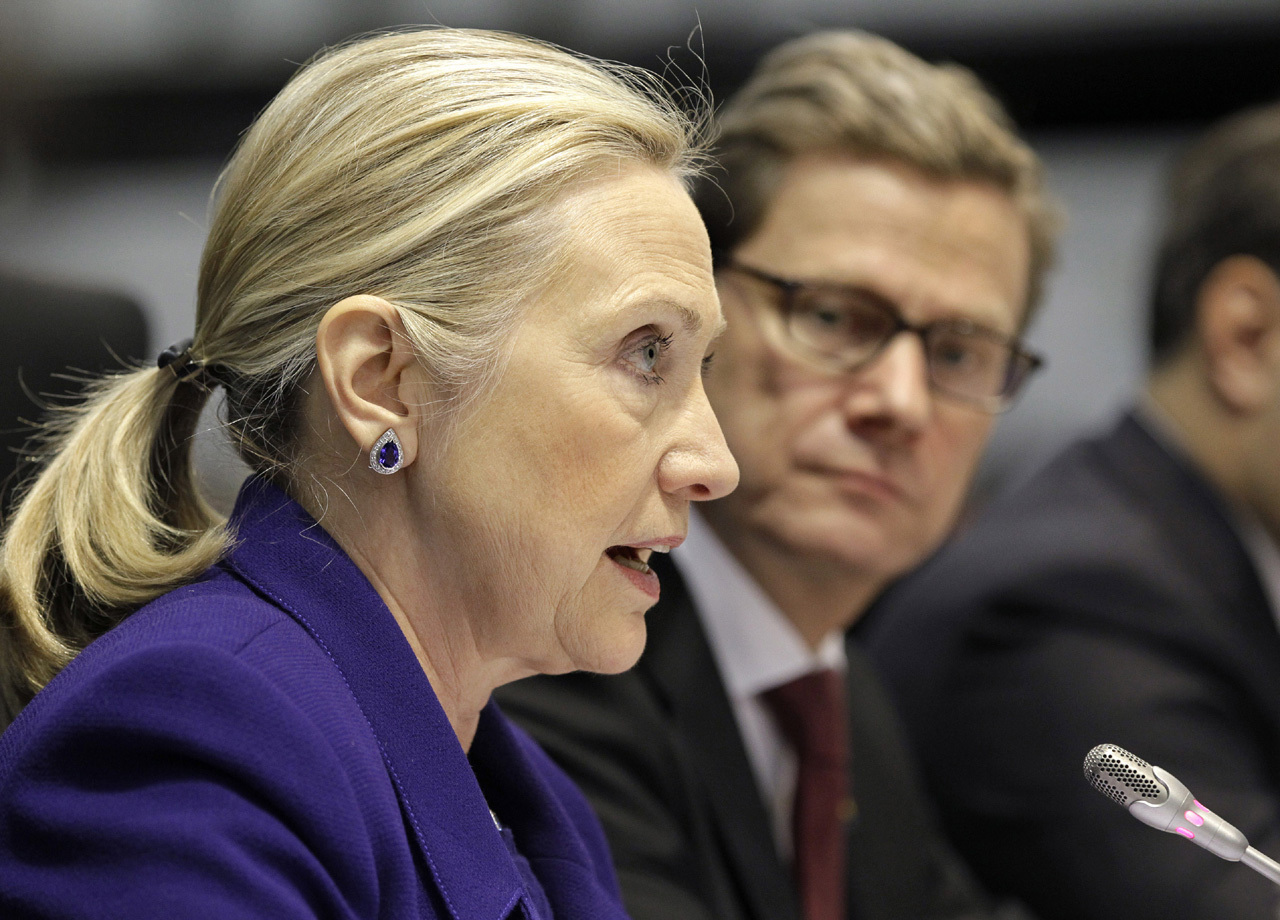 VILNIUS, Lithuania - Issuing new warnings to two U.S. partners Tuesday, U.S. Secretary of State Hillary Rodham Clinton criticized Russia for a parliamentary election she said was rigged and said election gains by Islamist parties must not set back Egypt's push toward democracy after the fall of autocrat Hosni Mubarak this year.

She acknowledged the success of Islamist parties in Egyptian parliamentary voting that the U.S. has praised as fair. But many of the winners are not friendly to the United States or U.S. ally Israel, and some secular political activists in Egypt are worried that their revolution is being hijacked. Islamist parties are among the better-known and better-organized in Egypt, and while they were expected to do well in last week's first round voting, a hardline bloc scored surprisingly large gains.

Clinton addressed head-on the fear that the hardliners will crimp human and women's rights.

"Transitions require fair and inclusive elections, but they also demand the embrace of democratic norms and rules," she said. "We expect all democratic actors to uphold universal human rights, including women's rights, to allow free religious practice."

Speaking to the election-monitoring Organization for Security and Cooperation in Europe, Clinton repeated criticism of Russia's weekend elections, in which Prime Minister Vladimir Putin's party won the largest share of parliament seats. Opposition politicians and election monitors say the result was inflated because of ballot-box stuffing and other vote fraud.

"Russian voters deserve a full investigation of electoral fraud and manipulation," Clinton said. Russia's top diplomat was present at the meeting in the Lithuanian capital, but the two did not plan to meet separately.

Later, Clinton met with activists from Belarus and encouraged them to continue opposing a recent crackdown by President Alexander Lukashenko's regime.

"It is inconceivable that in Europe today, in December of 2011, the Lukashenko government is behaving the way it is behaving," she told lawyers, educators, bloggers and others.

Speaking at a museum dedicated to the lost Jewish culture and history of Lithuania, Clinton again criticized Russia.

"Regardless of where you live, citizenship requires holding your government accountable," she said. Efforts to bar election monitoring by a Russian organization have undermined public faith, she said.

In Egypt, the more moderate Muslim Brotherhood is in the lead so far, with about 37 percent of the vote, according to partial results released Sunday. But the hardline Al-Nour bloc grabbed nearly a quarter of the vote for the ultraconservative Salafis, who seek to impose strict Islamic law in Egypt.

The strong Islamist showing came at the expense of liberal activist groups that led the uprising against Mubarak, toppling a regime long seen as a secular bulwark in the Middle East.

The Salafis espouse a strict interpretation of Islam similar to that of Saudi Arabia, where the sexes are segregated and women must be veiled and are barred from driving. The Salafis speak openly about their aim of turning Egypt into a state where personal freedoms, including freedom of speech, women's dress and art, are constrained by Islamic law.