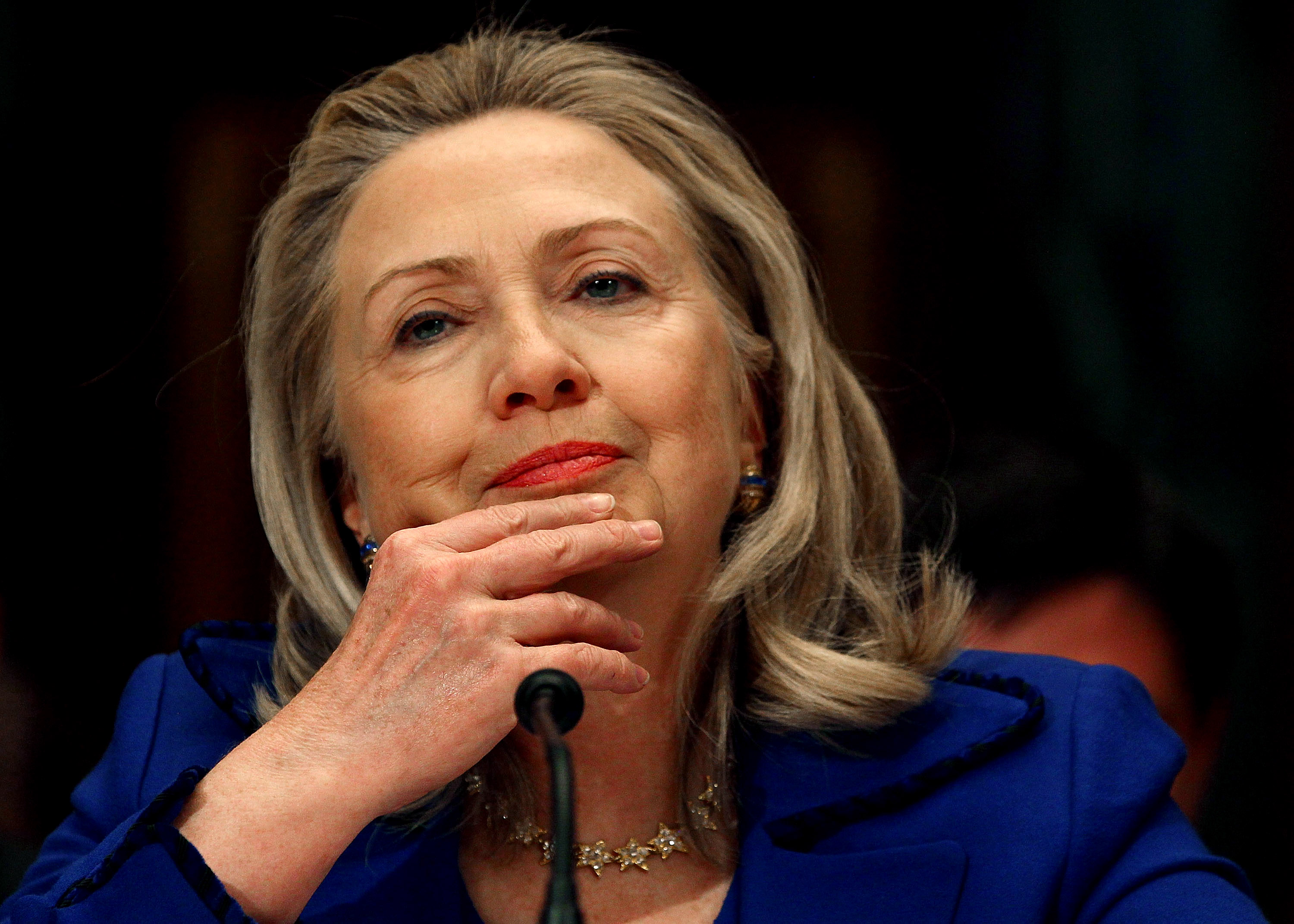 Clinton was testifying Tuesday before a Senate Appropriations subcommittee on the budget for the State Department and foreign operations. She was pressed by Sen. Lindsey Graham about Syria.

Asked if Assad is a war criminal, Clinton said he would fit into that category. She stopped short of saying the international community should make that designation and level charges, pointing out that such a step often makes it difficult for a leader to step down.

Graham and a few other Republican senators have suggested arming the rebels challenging Assad.

Meanwhile, members of the United Nations held an emergency meeting on the crisis in Geneva. The U.N. political chief B. Lynn Pascoe said Tuesday that "well over" 7,500 people have died in Syria violence and that there are "credible" reports that more than 100 civilians are dying in the country daily. Activists groups said Monday that the death toll for 11 months of unrest has now surpassed 8,000 people.

"Unfortunately, the international community has also failed in its duty to stop the carnage, and actions and inactions to date have seemed to encourage the regime in its believe that it has impunity to carry out the wanton destruction of its own civilians," Pascoe said.

Members of the Geneva-based U.N. Human Rights Council are expected to pass a resolution this week condemning "widespread and systematic violations of human rights and fundamental freedoms by the Syrian authorities."

A draft text supported by many Arab and Western nations says the Syrian regime's use of heavy artillery and tanks to attack civilian areas has contributed to the deaths of thousands.

"We hope that the Syrian people will have the same freedom and victory soon as the Libyan people are enjoying right now," he said.

Navi Pillay, the U.N. High Commissioner for Human Rights, cited the report of a U.N. expert panel that concluded Syrian government officials were responsible for "crimes against humanity" committed by security forces against opposition members. The crimes included shelling civilians, executing deserters and torturing detainees. Some opposition groups, too, had committed gross abuses, the report said.

The panel has compiled a confidential list of top-level Syrian officials who could face prosecution over the atrocities.

Pillay reiterated her call for Syria to be referred to the International Criminal Court "in the face of the unspeakable violations that take place every moment."

"More than at any other time, those committing atrocities in Syria have to understand that the international community will not stand by and watch this carnage and that their decisions and the actions they take today ultimately will not go unpunished," she said.

Several countries backed her call for Syria to be referred to the ICC, a proposition made difficult by the fact that Syria's longtime ally Russia holds a veto in the U.N. Security Council, where such a move would have to be approved.

Esther Brimmer, the U.S. Assistant Secretary of State for International Organization Affairs, told reporters that while it was up to the Syrian people to decide how to try those responsible for atrocities in Syria, the international community could assist by collecting evidence for future prosecutions.