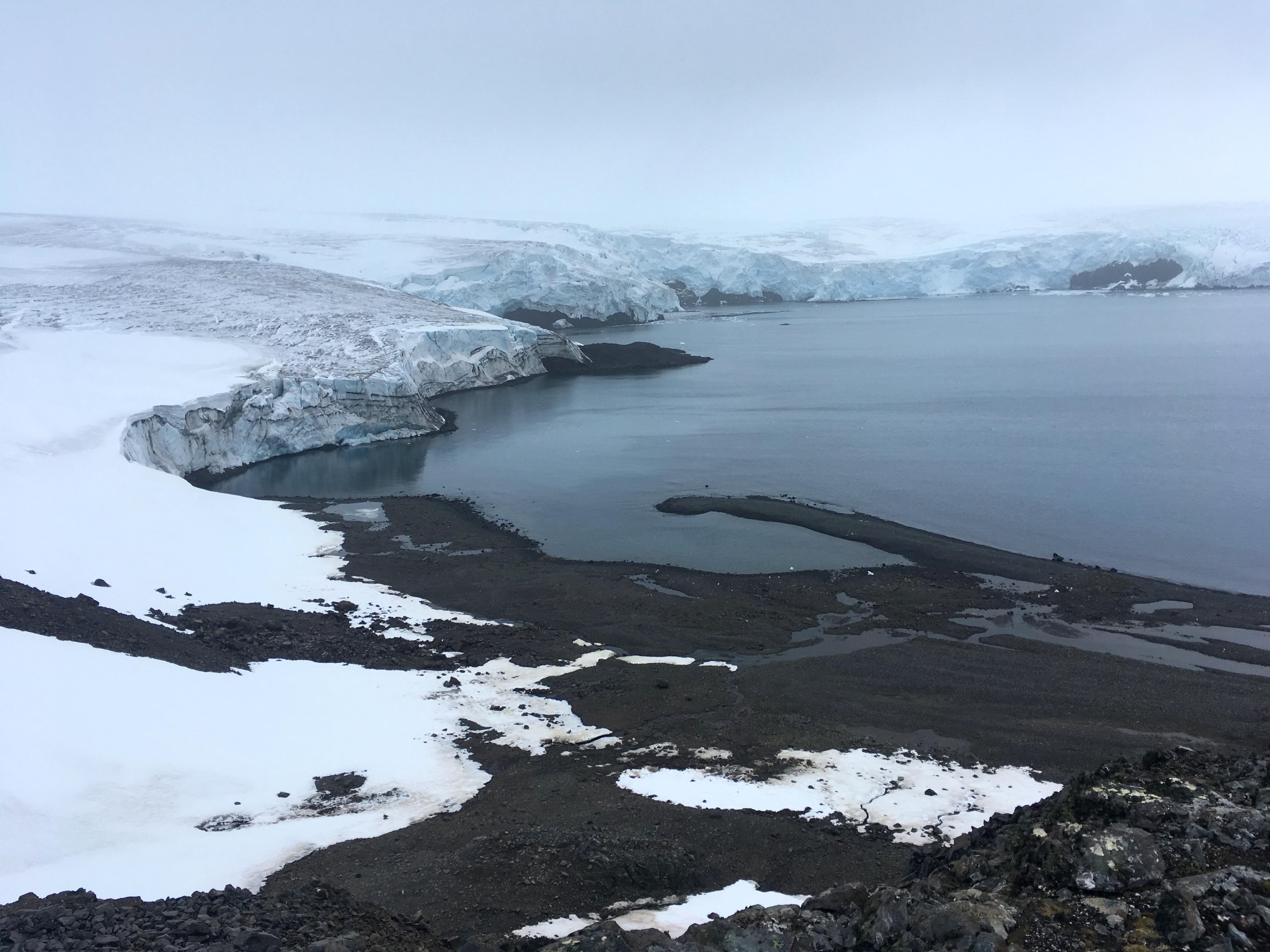 Alaskan scientists described to The Associated Press Tuesday never-before-seen melting and odd winter problems, including permafrost that never refroze this past winter and wildlife die-offs.

The National Oceanic and Atmospheric Administration Tuesday released its annual Arctic report card, detailing the second warmest year on record in the Arctic and problems, including record low winter sea ice in parts of the region, increased toxic algal blooms, which are normally a warm water phenomenon, and weather changes in the rest of the country attributable to what's happening in the far North.

"It's a new Arctic. We've gone from white to blue," said Abdalati, adding that he normally wouldn't use the word "scary" but it applies. That means other problems.

"Continued warming of the Arctic atmosphere and ocean are driving broad change in the environmental system in predicted, and, also, unexpected ways," the NOAA report said.

One of the most noticeable problems was a record low sea ice in winter in the Bering Sea in 2017 and 2018, scientists said. In February the Bering Sea "lost an area of ice the area of Idaho," said Dartmouth College engineering professor Donald Perovich, a report card co-author.

This is a problem because the oldest and thickest sea ice is down 95 percent from 30 years ago. In 1985, about one-sixth of Arctic sea ice was thick multi-year ice, now it is maybe one-hundredth, Perovich said. University of Alaska Fairbanks marine mammal biologist Gay Sheffield not only studies the record low ice, but she lives it daily in Nome, far north on the Bering Sea.

"I left Nome and we had open water in December," Sheffield said at the American Geophysical Union conference in Washington. "It's very much impacting us."

"Having this area ice free is having this massive environmental change," Sheffield said, adding there's been a "multi-species die off" of ocean life. She said that includes the first spring mass die off of seals along the Bering Strait.

Ornithologist George Divoky who has been studying the black guillemots of Cooper Island for 45 years noticed something different this year. In the past, 225 nesting pairs of the seabirds would arrive at his island. This past winter it was down to 85 pairs but only 50 laid eggs and only 25 had successful hatches. He blamed the lack of winter sea ice.

With overall melting, especially in the summer, herds of caribou and wild reindeer have dropped about 55 percent — from 4.7 million to 2.1 million animals — because of the warming and the flies and parasites it brings, said report card co-author Howard Epstein of the University of Virginia.

University of Alaska Fairbanks researcher Vladimir Romanovsky said he was alarmed by what happened to the permafrost — ground that stays frozen years on end. This past year, Romanovsky found 25 spots that used to freeze in January, then February, but never froze this year.

The warmer Arctic and melting sea ice has been connected to shifts in the jet stream that have brought extreme winter storms in the East in the past year, Osborne said. But it's not just the Arctic. NASA's newest space-based radar, Icesat 2, in its first couple of months has already found that the Dotson ice shelf in Antarctica has lost more than 390 feet (120 meters) in thickness since 2003, said radar scientist Ben Smith of the University of Washington.

Loss of ice sheets in Antarctica could lead to massive rise in sea level.

"We're starting to see change that's related to the ocean," Gardner said. "Believe it or not this is the first time we're seeing it in this place."