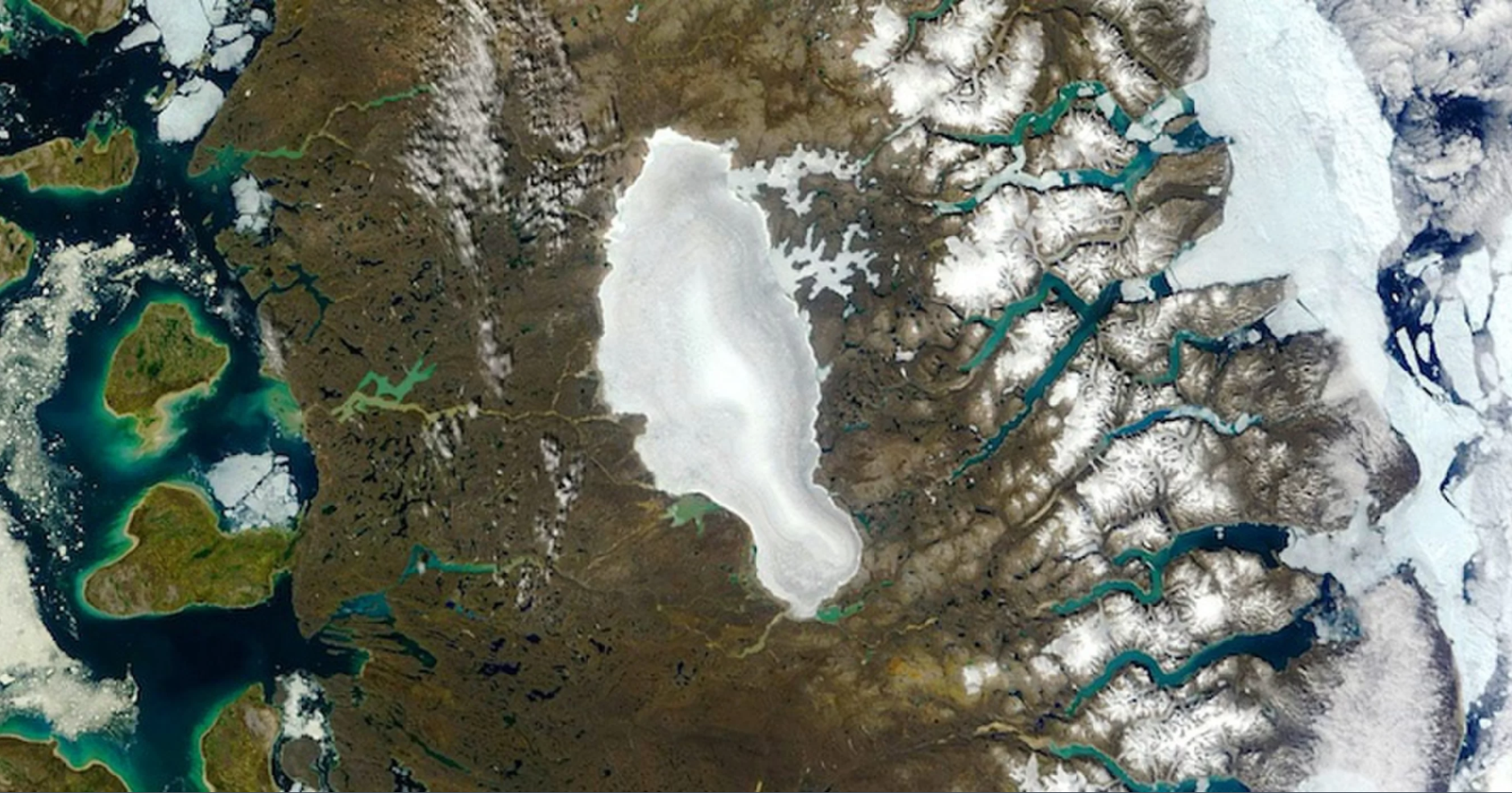 Humans are in the process of changing the planet in a way that hasn’t happened in 2.6 million years.

For eons, the Laurentide Ice Sheet has been a fixture of North America. At its peak, it covered the majority of Canada and sent icy tendrils down across the Midwest and Northeast, covering Chicago, New York and Toronto in a mile or more of ice. It helped carved mountains as it advanced, and it filled the Great Lakes as it receded at the end of the last Ice Age.

About 2,000 years ago, the ice sheet remnants reached equilibrium on Baffin Island, Canada’s largest island, now dubbed the Barnes Ice Cap. But that equilibrium has been disrupted by human-driven climate change.

A new study shows that the last vestige of the once-mighty ice sheet faces near certain death, even if the world rapidly curtails its carbon pollution. The results indicate the Arctic has entered a state nearly unheard of since the Pliocene, an epoch when the Arctic was largely free of ice.

“This is the disappearance of a feature from the last glacial age, which would have probably survived without anthropogenic greenhouse gas emissions,” said Adrien Gilbert, a glaciologist at Simon Fraser University in British Columbia, Canada and lead author of the new study.

The Barnes Ice Cap covers an area about the size of Delaware. After reaching a near steady state 2,000 years ago, the ice cap began shrinking in the late 1800s, with a marked increase in its decline since the 1990s. That coincides with the rapid rise in human carbon pollution, which has also driven a roughly 1.8 degree Fahrenheit increase in the global average temperature over that period.

But researchers can look back much deeper into the ice cap’s history using other clues. The new research, published on Monday in Geophysical Research Letters, looked at an array of amazingly named cosmogenic radionuclides in bedrock around the ice cap to tease out when the ground was free of ice.

Cosmogenic radionuclides are isotopes that form when exposed to cosmic rays. That can only happen when the ground isn’t covered by ice, giving researchers a way to see how rare the current shrinking ice cap is.

Their findings show that there were two periods where ice extent was roughly as tiny as it is now. Both periods came hundreds of thousands of years ago and were due to natural changes in the earth’s tilt and orbit that helped warm the planet.

Today’s rapid change is different because human carbon pollution is the main driver of the unrelenting warmth in the region, which is warming twice as fast as the rest of the world. The findings indicate that the Arctic likely hasn’t been this warm in 2.6 million years.

Looking into the future using climate models, sustained warming almost certainly spells doom for the ice sheet. On our current trajectory of carbon pollution, the research indicates that the ice cap is likely to disappear in the next 300 years. That’s a geological blink of an eye for an icy legacy that stretched across millions of years.

Even under a best-case scenario, with human carbon pollution peaking in 2020 and decreasing rapidly thereafter, the ice cap will still likely melt away in the next 500 years.

“Their study convincingly reveals that the Barnes Ice Cap will likely disappear within 300 years, taking with it the last remnants of the Laurentide Ice Sheet that once blanketed northern North America some 20,000 years ago,” Alex Gardner, an ice researcher at the NASA Jet Propulsion Laboratory, said while lauding the state of the art ice modeling effort.

The findings underscore the wealth of alarming information coming out of the Arctic. Sea ice is set to hit a record-low maximum for the third year in a row, warm air has repeatedly cranked up the thermostat this winter and forests are burning at an unprecedented pace.

The fate of the Barnes Ice Cap is similar to other land ice across the region, including the monstrous Greenland ice sheet. Their melt will help fuel sea level rise around the globe.

“If it was just the Barnes Ice Cap that melted, there would be little need for coastal communities to worry,” Gardner said. “Unfortunately the Barnes Ice Cap will not respond in isolation. As the atmosphere and oceans warm in the coming decades, ice sheets and glaciers will retreat globally resulting in massive transfers of ice into the oceans, raising sea levels by multiple feet by 2100.”