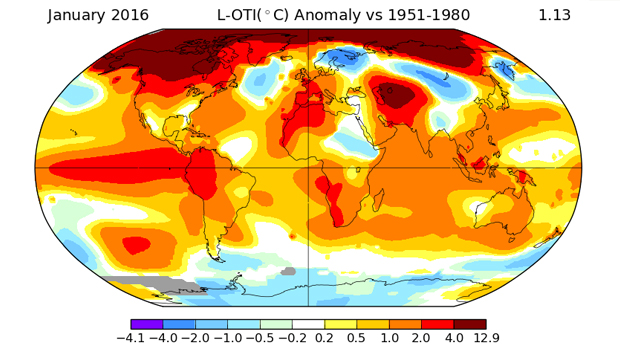 Middle- and high-school students spend very little time learning about climate change in the classroom, and many students hear misinformation about the cause of rising global temperatures, new research finds.

In the first nationally representative survey of public middle- and high-school teachers in the United States, only 30 percent of teachers said they emphasize that humans are causing climate change by burning fossil fuels. Another 12 percent said they don't mention human causes, and 31 percent said they "teach the controversy" by telling students that some scientists think climate change is human-caused, while others disagree.

But scientists' views on the topic don't vary nearly as much. In fact, a survey of climate scientists published in 2009 found that 97.4 percent agree that human fossil-fuel use is the cause of global warming. However, U.S. teachers were also unaware of this consensus, researchers from the National Center for Science Education (NCSE), Pennsylvania State University and Wright State University reported in the journal Science on Feb. 12. In the new nationally representative survey, only 30 percent of middle-school science teachers and 45 percent of high-school teachers knew that more than 80 percent of climate scientists agree on the roots of climate change. [Do You Believe These 10 Myths About Climate Change?]

Overall, 70 percent of middle-school and 87 percent of high-school teachers reported spending an hour or more on climate change instruction, but the median number of hours spent on the topic was only between one and two.

Political pressure did not appear to be the reason for the limited and oft-contradictory instruction. Only 4.4 percent of teachers reported pressure not to teach about global warming. And a majority (68 percent) of teachers said that they personally believed climate change to be human-caused. Nevertheless, a combination of unawareness of the scientific consensus and unfamiliarity with current research might explain the lack of quality in climate education, the researchers wrote in Science.

"Fewer than half of the teachers report any formal instruction in climate science in college," the researcher wrote -- though two-thirds said they would welcome continuing education focused only on climate science.

"It's clear that the vast majority of surveyed teachers are hungry for additional professional development," study author Minda Berbeco, a climate change policy specialist at NCSE, said in a statement. "Even half the teachers who deny the scientific consensus on climate change say they would take this training."

Climate in the classroom has been a political hot topic in recent years. In 2012, leaked documents from the conservative think tank The Heartland Institute outlined plans to create school curricula that would cast doubt on climate change. In 2014, the Texas Board of Education caught national attention for considering textbooks for the state that included climate-change-denying language. Under pressure from educational groups, including the NCSE, many publishers revised their books to remove that language. The board ultimately did not approve any textbooks that denied man-made climate change.