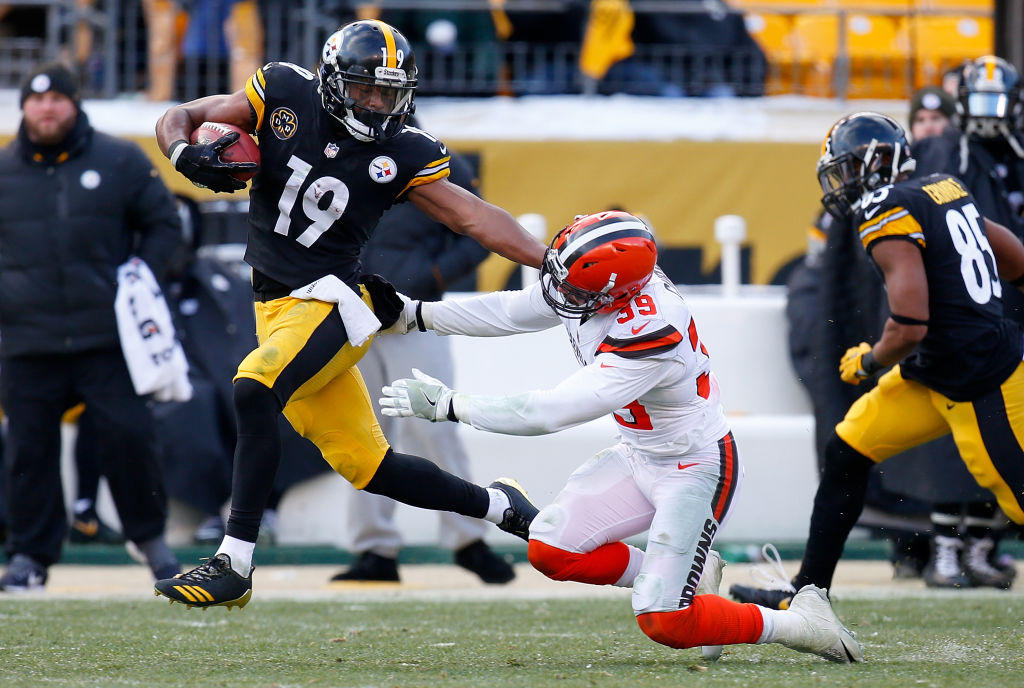 The Cleveland Browns are the second NFL team to go winless in the league's history since the Detroit Lions accomplished the feat in 2008. The Browns went 0-16 on Sunday after losing to their rivals, the Pittsburgh Steelers, with a final box score of 28-24.

Some thought the Browns could pull off a victory Sunday with the Steelers resting some of their key players after clinching a first-round playoff bye last week.

The record also marks the team's worst season in franchise history. Head coach Hue Jackson's record falls to 1-31 after two seasons with the Browns. After the game, Jackson praised his team's willingness to fight despite going winless.

"This is just where we are. We're 0-16. I know about the parade and everything that's going to be said, but these guys continued every week to go out and fight," Jackson said, according to Cleveland.com. "This is going to stay next to my name and the organization's name for the rest of our lives. There's nothing we can do."

"Honestly, it's incredible that the Browns continually find new ways to let their fans down. As a lifelong fan, I really shouldn't be surprised. The silver lining here is that it can't get any worse. Only place to go is up," Uhl told CBS News over text message.

The Browns responded to the loss on Twitter by posting an image of a very sad-looking GIF of Ben Affleck, who was staring into the distance when his "Superman Vs. Batman" co-star was asked about the film's negative reviews.